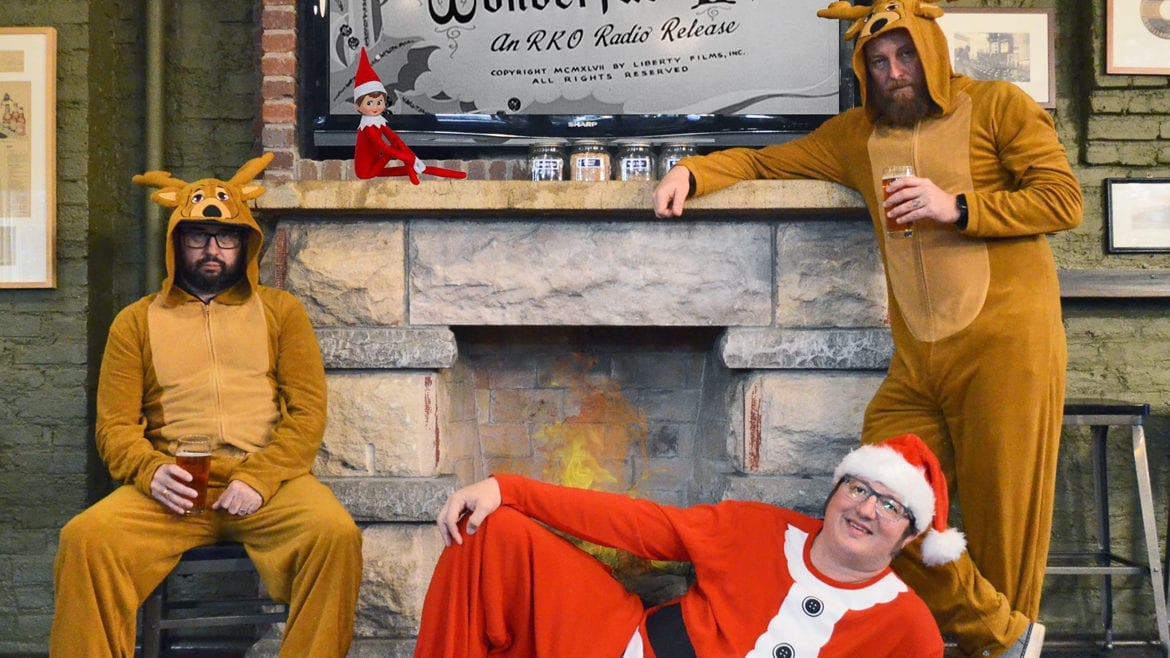 The bottle openers that Jared Schmid of JAS Metalworks forges from mild steel have an old-school, blue-collar feel to them. Whether opening a yard beer or a craft beer bomber, Schmid’s openers hark back to a time when working with tools was more commonplace.

Schmid, who formerly worked at Boulevard Brewing for 10 years in quality control and food safety, made his first bottle opener just over a year ago out of an old wrench.

“It still hangs on the wall in my shop,” Schmid said.

After viewing a YouTube video on handmade bottle openers, Schmid decided he could make his own version. His openers have a light heft to them like a trusted pipe wrench pulled from a toolbox. Each bottle opener varies in style with different surface textures and design features. Creating an opener from scratch takes an hour or more from forging to clean-up and finishing.

“Most start as a one-inch by quarter-inch flat bar or half-inch round or square rod. Almost all of them are one-of-a-kind. Some have copper inserts, rivets or inlays,” Schmid said. “This allows me to stay creative and try new things. It also comes with failures, but that’s part of the learning process.”

Schmidt, who has been a hobby blacksmith for two-and-a-half years, said, “I taught myself in my spare time and I’m still learning. I don’t feel I’ve necessarily earned the title blacksmith yet.”

Colony Handcrafted Ales is one of a score of new breweries to open this year. (Courtesy of Colony KC)

As 2017 draws to a close, the year has been filled with craft brewing news, debuts, and activity. Here’s a look back at some of the notable developments.

Tap List | Strange Days Brewing is Ready to BrewStrange Days Brewing Company (316 Oak St.) continues on pace to open by the end of 2017 in the River Market. The brewery, housed in a 4,500-square-foot building that was once part of Muehlebach Brewery, recently passed its health inspection.…

The KC Tap Tour is going on right now across area breweries. (Courtesy of Visit KC)

Grain to Glass invites guests and their coworkers to enjoy a festive Office Party from 5 to 8 p.m. Enjoy seasonal beers on tap and special holiday cocktails. Wear ugly sweaters, exchange gifts and have a good time outside of the office.

Craft beer tourists have a ready-made Kansas City Tap Tour set at BLVD Tours & Rec Center (2534 Madison Ave.) and 18 other breweries. Visit KC has created this passport-driven brewery tour. Get a $7 guidebook for drink deals and start collecting stamps through May 31 for participating breweries.

McCoy’s Public House (4057 Pennsylvania Ave.) releases Ursa Major Russian Imperial Stout at 4 p.m. This sought-after beer is available for $10 (includes commemorative glass) or in bottles ($18, only available at McCoy’s). Past vintages available include 2015 & 2016 Ursa Major. Line up early at McCoy’s, where tickets for bottles will be handed at starting at 3:30 p.m. Bottle limit is two per person. Ursa Major will also be on draft next door at The Foundry.

This week’s Thursday Tastings series ($15) at Grain to Glass focuses on solstice, wild and herbal beers. Explore five beer styles and discuss the breweries from 5 to 7 p.m.

Roughtail Brewing, based in Oklahoma City, Oklahoma, has built a buzz around Kansas City for beers such as Everything Rhymes With Orange (ERWO) IPA. Taste ERWO and other Roughtail beers at Rimann Liquors (15117 W. 87th Street Parkway, Lenexa, Kansas).