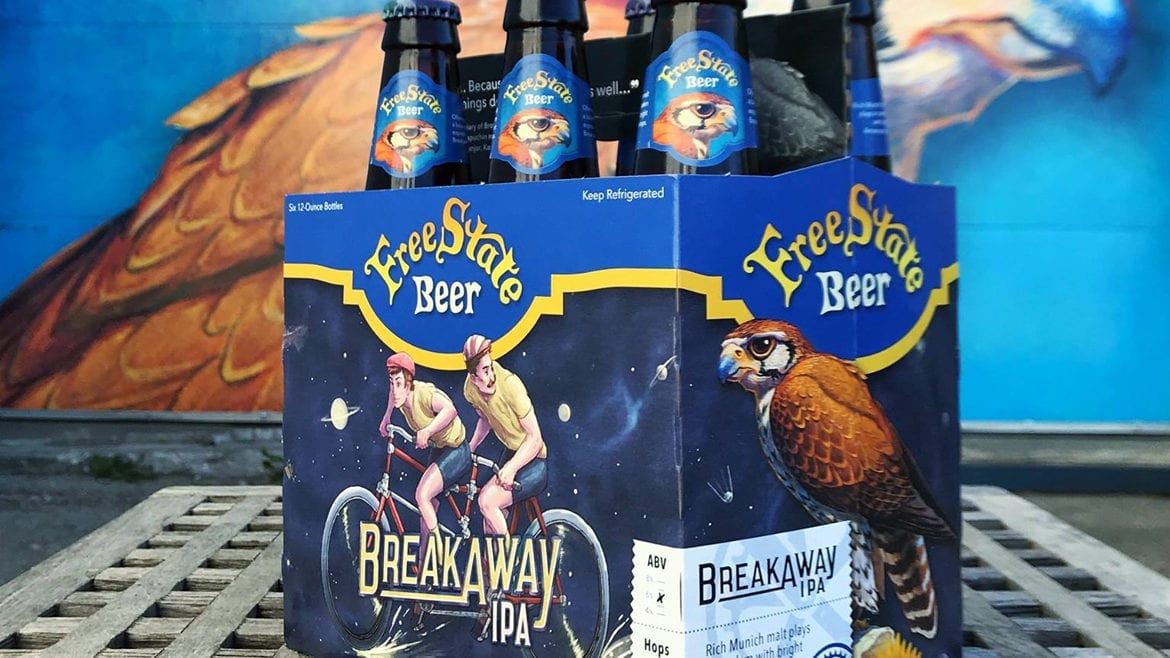 Homebrewers from 11 Letter Brews and Middle Ground Zymurgy and Tapworx have joined forces to create New Axiom Brewing Company (949 NE Columbus St., Lee’s Summit, Missouri). Head brewers Mac Lamken, Devin Glaser, Sean Householder and Joe Migletz, director of taproom operations, are behind the brewery-in-planning. While New Axiom’s team has just begun demolition on their 3,000 square-foot space, they plan to open in 2018. The group sheds more light on its plans. Householder responded to our questions via email on behalf of the New Axiom team.

Why base the brewery in Lee’s Summit?

“We see a huge opportunity in this area. We enjoy visiting breweries, but don’t enjoy the hubbub connected with driving and parking in downtown Kansas City or going to North Kansas City. We live in this area, and investing in our own community is important to us. The goal is to create a good beer scene in eastern Jackson County so that it can be an any night activity, not just when you have time to make the trek downtown.”

What type of brewery do you have planned?

“We will open as a brewery and taproom with no distribution. We want to focus intently on experimenting and small batch beers in the beginning. Brewing in quantities needed for distribution could potentially hinder our ability to do so. We will not do any food in-house, but plan to have some catered nights. We have also already spoken to surrounding restaurants about delivery options.”

How will you use the space?

“We have dedicated as much space as we could to the taproom and customer space to have an occupancy of almost 100 people inside. We also have planned a 1,000 square-foot deck to the side of the building that will overlook an adjacent pond. The three-barrel brewhouse will have eight six-barrel fermenters and four six-barrel brite tanks. We will have several additional smaller fermenters dedicated to cider production.”

Tell us about the beers you plan to brew.

“We have several beers that have been very successful at the local beer events, such as Go(o)se Hunting Gose (tart cherry hibiscus gose), Rooted Rye (root beer spiced rye ale), Banana Bread, and blood orange hefeweizen. Several new recipes include different IPAs, lagers and stout variants. We plan to have a barrel program from day one and offer special releases throughout the year. Several ciders will range from sweet to dry with fun and exciting flavor combinations.”

“We want to create a brand and following before opening. It is really up to people whether we fail, survive, or thrive. Also, it has allowed us to start symbiotic relationships with other local breweries. As we approach opening, we want to put good relationships in place with the local experts in our field.”

Double Shift’s Bring Out Your Dead is a Blonde Coffee Ale. (Courtesy of Double Shift.)

Torn Label Brewing (1708 Campbell St.) has created its first and only barrel-fermented beer. Ingmar, a wild strawberry ale, began as a semi-traditional Belgian saison and was transferred to red wine barrels previously used to finish gin. After fermenting in the barrels, the beer aged for five months and was conditioned on strawberry purée. Funky and fruity, Ingmar will be released in bottles at 5 p.m. on  Dec. 1 and will also be available on draft. Also recently released, Petit Soleil (Little Sun), a winter saison that showcases Mandarina Bavaria hops, is crisp and refreshing with notes of white wine and grape must.

Rock & Run Brewery and Pub (110 E. Kansas St., Liberty, Missouri) releases Rainbow in the Dark (7.5-percent ABV, 40.3 IBUs), a medium-bodied ale with hints of raisin, plum and spice. “Take classic wheat beer, mash in some darker, roasted grains, add some dark Belgian candi sugar for richness and sweetness, ferment it with Belgian saison yeast to add in some fruity esters, and you have one of our most requested seasonals,” head brewer Gene DeClue said.

Grain to Glass (1611 Swift St., North Kansas City, Missouri) welcomes Patrick Farrell, owner of Sibley Orchards and Cider Mill, and his son Tim Farrell, a brewer at Boulevard Brewing, to celebrate the launch of Boulevard’s City Market Cider. The cider was made from Sibley Orchards’ apples. From 4 to 7 p.m., Boulevard is supplying glassware to give away with pours of the cider while supplies last.

Border Brewing Company (406 E. 18th St.) releases its 2017 Firepit Porter in bottles and on draft. The beer is a complex, oak-aged Imperial Porter ideal for cool nights and warm fires.

Boulevard Brewing Company turns 28 years old today, but like many adults, they won’t celebrate until later in the weekend.

Red Crow Brewing Company (20561 S. Lone Elm Road, Spring Hill, Kansas) releases its winter seasonal, Margaret Old Ale. The brewery will decorate trees on the grounds. Bring an ornament (cheap, cheesy and funny recommended) with your name on it, and add it to the tree.

KC Bier Company (310 W. 79th St.) concludes its book drive in support of Reach Out and Read Kansas City. Bring new children’s book donations and receive a complimentary beer. When purchasing select beers, a dollar from the proceeds will go to benefit Reach Out and Read.

Fringe Beerworks collaborates on a beer dinner with Long-Bell Pies, Bites, and Pints (3385 SW Fascination Drive, Lee’s Summit, Missouri). Wear pants with a stretchy waistband for eight dishes paired with eight beers. Call (816)-599-2234 for tickets ($75). A $25 dollar deposit is required at the time of reservation.