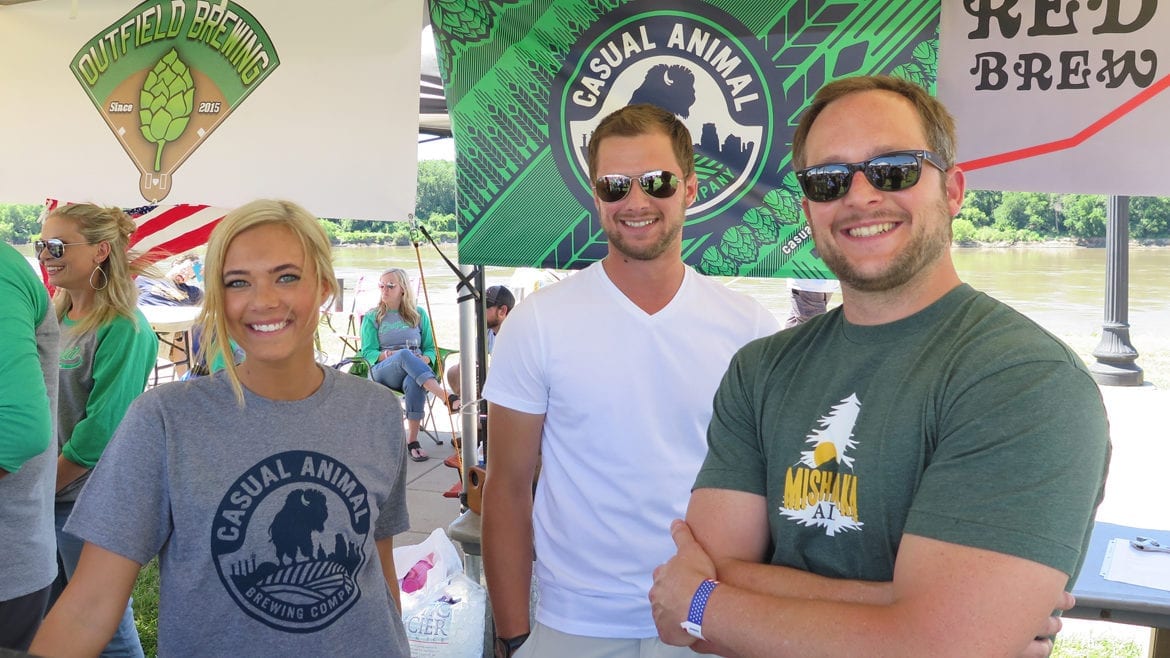 Husband and wife Kyle and Lara Gray aim to open Casual Animal Brewing (1725 McGee), a brewery and taproom, in the Crossroads by the end of 2017.

“We chose the Crossroads because it’s a makers community, known for its art, food, walkability, and microbrewery scene,” said Kyle, Casual Animal’s brewer.

The brewery’s name suggests an atmosphere – laid-back beers that tap into your wild side – that the Grays wish to cultivate at the brewery.

“Lara and I are both easy-going people that like to socialize with others, and get out and explore the world,” said Kyle. “We hope there are other casual animals like us that will find the brewery an inviting, comfortable space to kick back.”

Kyle homebrewed while the couple lived in Fort Collins, Colorado, until 2014.

“When we moved to Kansas City, we were a little surprised by how few breweries there were,” said Lara. “Fort Collins is a town of 150,000 people and had 20 breweries. Kansas City had like seven at the same time, serving a metro of two million people. We decided to be the change we wanted to see. We really missed the brewery culture we’d come to embrace in Colorado. Beer has played a meaningful part in our lives and we love the industry.”

The Grays decided that formal brewing education was important before proceeding with business plans. Kyle applied to the American Brewers Guild Intensive Brewery Science and Engineering program to become a certified brewer. The program, based out of Drop-In Brewery in Vermont, has a distance-learning component and a hands-on component. It was in Vermont that Kyle met Eric Martens, the owner of Border Brewing.

Martens let Kyle help in Border’s brewhouse (406 E 18th Street) occasionally during the summer of 2015. Next, Kyle secured an assistant brewer’s position at The Big Rip Brewing Company (216 E 9th Avenue, North Kansas City, Missouri) that fall. Kyle will continue to work for Big Rip until Casual Animal opens. Kyle graduated as a certified brewer from the American Brewers Guild in the summer of 2016. 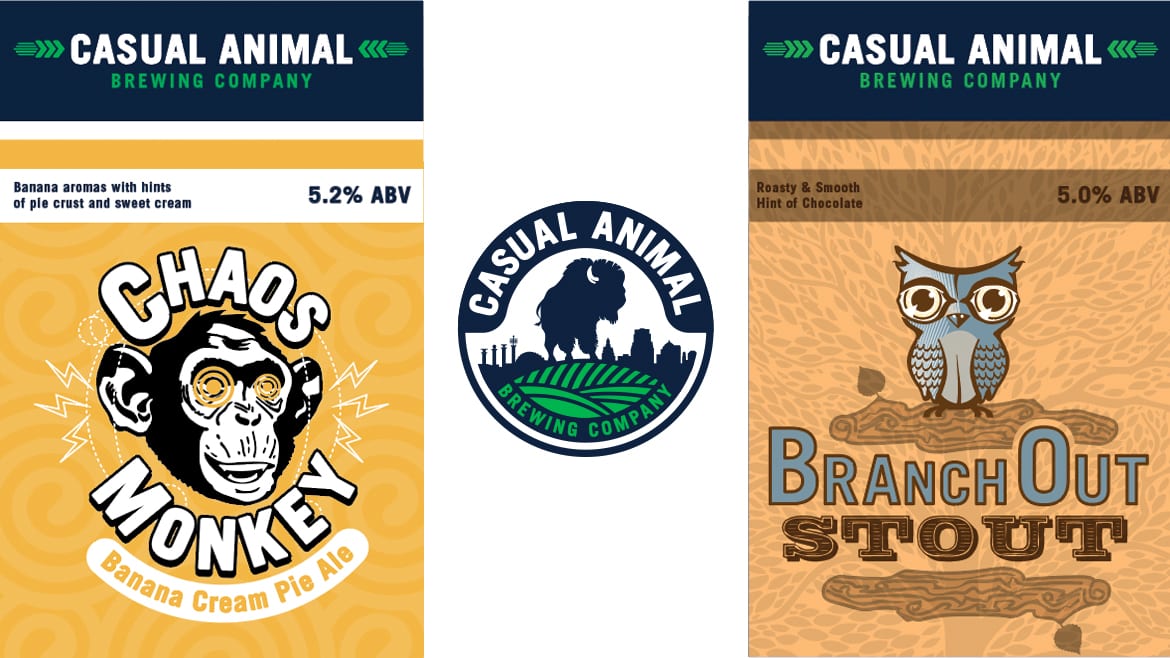 Casual Animal will have a host of animal-themed brews designed to tap into Kansas City’s wild side. (Courtesy of Casual Animal)

Casual Animal’s beers will “run the gamut from light and crisp blonde ales to dark black walnut-infused stouts,” said Kyle. “We want to brew beers that push our creativity, but also help people have a positive experience with beer, especially those new to craft beer tastes and styles.”

The front half of Casual Animal will house a 50-seat taproom with a seven-barrel brewhouse in back. The brewery will offer pre-packaged snacks and patrons may bring in food. Retractable garage doors on the front of the building will try to bring the outdoors into the space.

“We really enjoy being creative, making something from scratch, exploring our senses, and ultimately sharing our creations with people interested in local products,” said Kyle. “When you find something you truly believe in, a community that cares about local products, and a craft you love, then putting everything that we have into this dream became easy.”

“As part of our commitment to the community, we plan to partner with different non-profit organizations in the area each month on a rotating tap series called the ‘Local Motive Tap,’” added Lara. “Through this program, two dollars of every pint sold from that tap will go directly to the 501(c)(3) organization that month.” 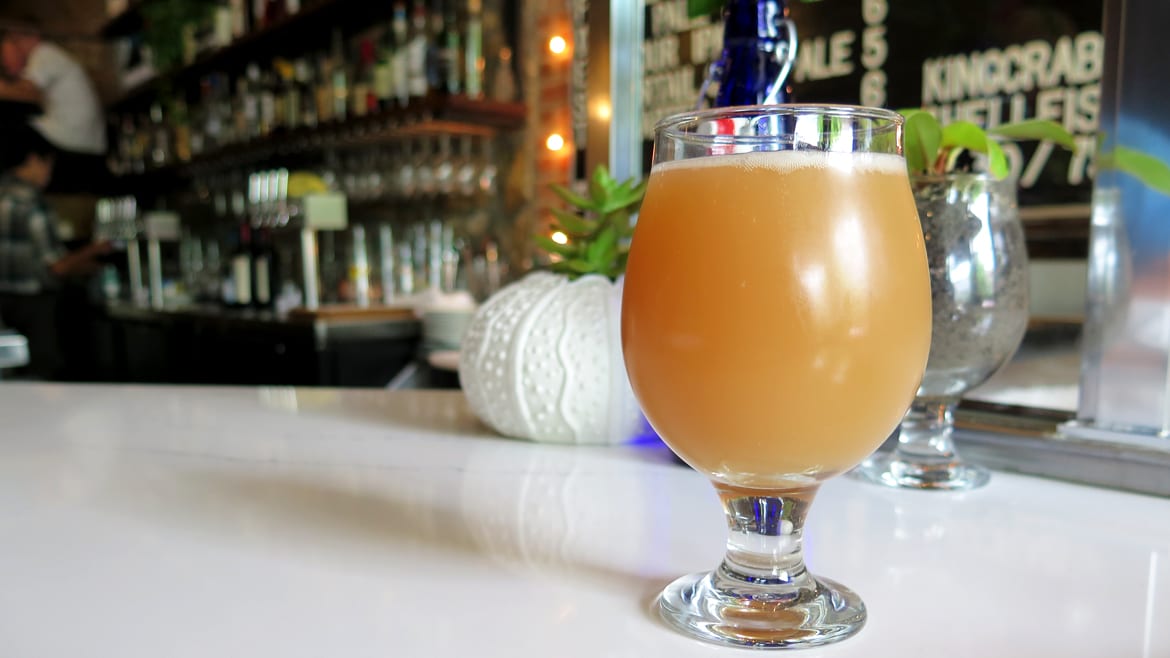 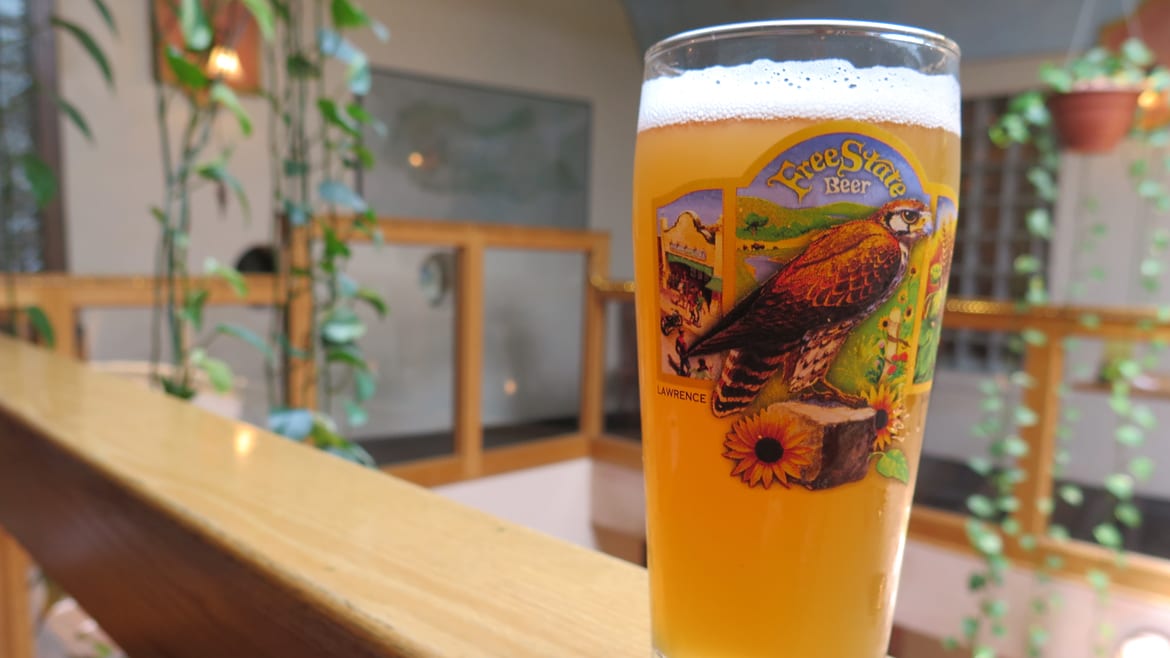 Free State Brewing Company (636 Massachusetts, Lawrence, Kansas) has Blood Orange Radler with house made orange soda on tap. It’s a light, citrusy summer sipper. Free State’s Garden Party Lager (4.8-percent ABV) is also on tap at the brewery and available throughout the region in bottles and on draft. This light-bodied lager gets its name from the addition of cucumber, basil and juniper. Pair it with Thai food, such as pad grapow or Thai basil chicken.

McCoy’s Public House has its 10 barrels of its Berliner Weisse (4.7-percent ABV) on tap.

“I have two housemade schuss [a shot of syrup traditionally added to this beer style] to serve with it,” said head brewer Morgan Fetters. “The red is a strawberry basil syrup and the green is a cucumber lime syrup. We will switch to different flavors when they are out.” 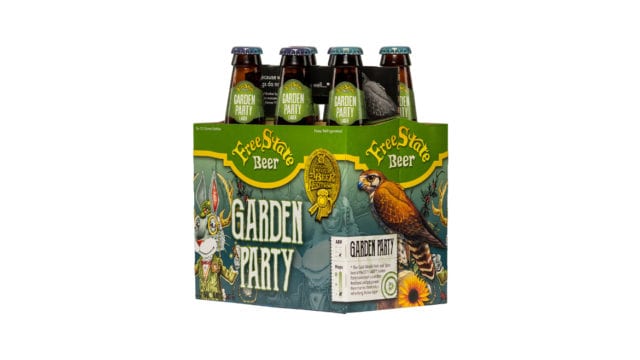