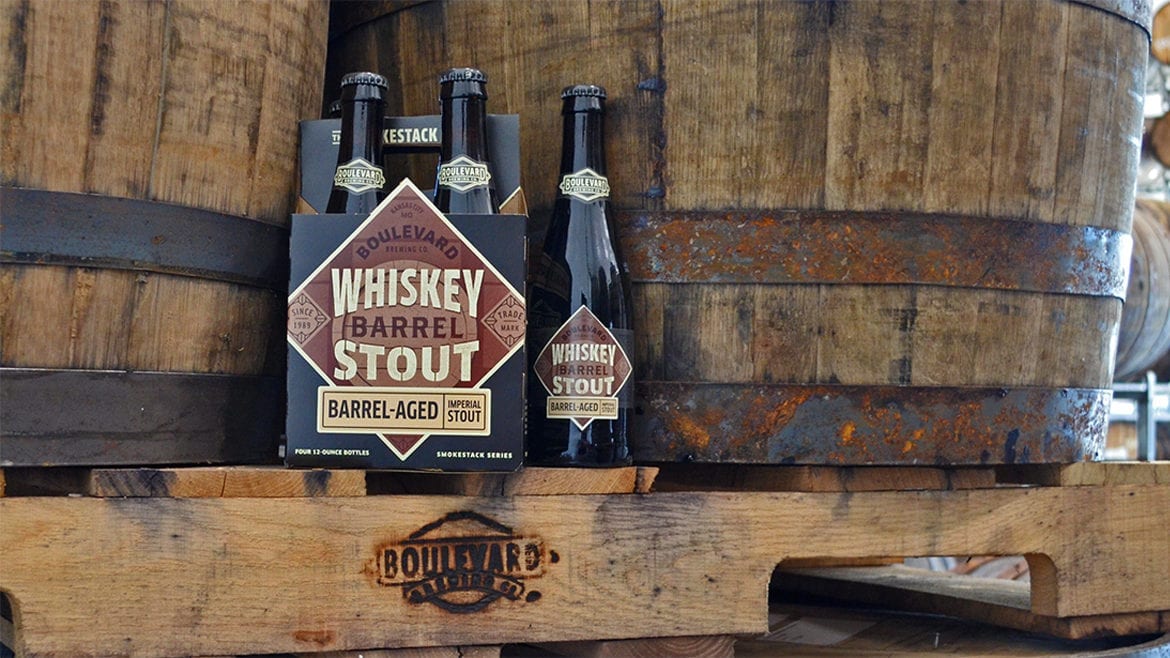 Fields & Ivy Brewery, a new brewhouse in the works at 706 E 23rd Street in Lawrence, Kansas, hopes to one day not only brew beer, but make it from barley they grow in Kansas.

“My business partner and I also run a small grain company that specializes in grain for craft distillers and brewers,” said founder Cory Johnston. “The dream is to one day grow our own barley for Fields & Ivy.”

Currently, the company is in its second year of experimenting with barley varieties in Franklin County, Kansas.

“We have 15,000 pounds of Pinnacle barley that we harvested this spring,” said Johnston. “We are looking for a craft maltster to get it malted for us. Fields represents our respect for the hardworking farmers in our community and Ivy represents the art of the brewer.”

Fields & Ivy Brewery has been in the works for about three years, according to founder Cory Johnston. He posted an advertisement for a head brewer last week.

“I have already received some impressive resumes,” said Johnston. “As a beer nerd and home brewer, I promise we will brew exceptional ales and lagers at Fields & Ivy Brewery.”

When the space with ample interior room and outdoor recreation space at 706 E 23rd Street became available, Johnston adapted his business plan to include food service. Initial plans for a seven-barrel brew system and tasting room were nixed and replaced with plans for a 20-barrel system, canning line, and 130-seat restaurant.

With proper zoning and use permits in hand, Johnston has submitted all of the engineering and architectural work for a building permit.

“The city is prepared to cut that loose,” said Johnston. “I am working with a local bank on the construction loan.”

The restaurant will feature gourmet pizza with appetizers, salads, and sandwiches. The taproom’s craft beer selection of IPA, wheat, Pilsner, and a Belgian-style beer will be supplemented with wine and craft spirits.

Behind the Beer: Stockyards Brewing’s Belgian Wit and Stocktoberfest

“The Belgian Wit is a non-traditional witbier,” said Weichert. “It is brewed with oats, 50-percent White Wheat malt and 50-percent Premium Pilsner malt, and single hopped with Bavarian Mandarina Hops.”

The crisp wit’s aromatic profile comes from toasted coriander, sweet and bitter orange peel from Morocco, dried galangal root from Thailand, and fresh grated nutmeg pods from the West Indies. Galangal is a tough, woody rhizome similar to ginger but larger. Depending on the country of origin, it has a distinct peppery, pine-like aroma.

“Spices are added to the kettle and to the serving tank in a dry-hopped fashion,” said Weichert. “The galangal adds a dryness and floral character to the palate and aroma that really makes this beer what it is.”

Weichert brewed Stocktoberfest as a Vienna Lager and used North American Pilsner malt, German specialty malts, German hops, and original Weihenstephan yeast. The yeast is known for its banana esters and clove aromatics. The malt-forward beer has a bready flavor and faint sweetness.

Stockyards produced 15-barrel batches of each of these beers. Both beers are available at the taproom through late October or while supplies last. A portion of Stocktoberfest was kegged for limited distribution around Kansas City.

Looking ahead to October, Miami Creek owner-brewer Will Reece is brewing a Pineapple Sage IPA and Lemon Basil Saison for the Botanical Brewfest in mid-October.

“They are being brewed with plants purchased from the Overland Park Arboretum during their annual plant sale in May and grown on our farm,” said Reece.

Boulevard Brewing adds Whiskey Barrel Stout to its year-round Smokestack Series lineup in mid-September. Built with a complex, multi-malt base, dextrose, dark brown sugar, and dark malt extract, enough Magnum and Columbus bittering hops were used to counterbalance the beer’s sweetness. Freshly-emptied whiskey barrels from various distilleries were filled with the stout, aged, and blended to smooth out the whiskey character. Whiskey Barrel Stout launches with a limited draft offering on Sept. 11 and four-packs of 12-ounce bottles will be available the following day.

Preserved Lemon Gose, brewed by 4 Hands Brewing Company in St. Louis in collaboration with Happy Gillis co-owner and chef Josh Eans, returns for its second year as a seasonal release in bottles and on draft this week. Inspired by preserved lemons, 4 Hands made the tart wheat beer with lemon verbena, lemon balm, and lemon basil from Prairie Birthday Farm. Brewed with sea salt and lemon zest, the gose is a light, citrusy beer with a tart finish and subtle saltiness. Available around Kansas City, Columbus Park Ramen Shop (549 Gillis Street), and Happy Gillis.

Beef up on beer and beef jerky flights at Flying Saucer Kansas City (101 E 13th Street). Nosh on flights of beef jerky, marinated in beer by Craft Beer Jerky, and imbibe craft beer from Cinder Block Brewery from 6 to 8 p.m.

Now in its ninth year, Flying Saucer’s KC Beer Fest 2017 in the Kansas City Power & Light District is the place to be for more than 200 craft beers, live music, and food trucks, starting at 3 p.m.

It’s a changing of the seasons at Leinenkugel’s (1323 Walnut St.) with a Battle of the Brews from 11 a.m. to 11 p.m. The last of its Summer Shandy kegs are tapped to make way for Oktoberfest beer. Order up three-dollar draft specials on each beer style. From 12 to 4 p.m., Great Plains SPCA will be on site for Yappy Hour with proceeds from drink specials going to the nonprofit.