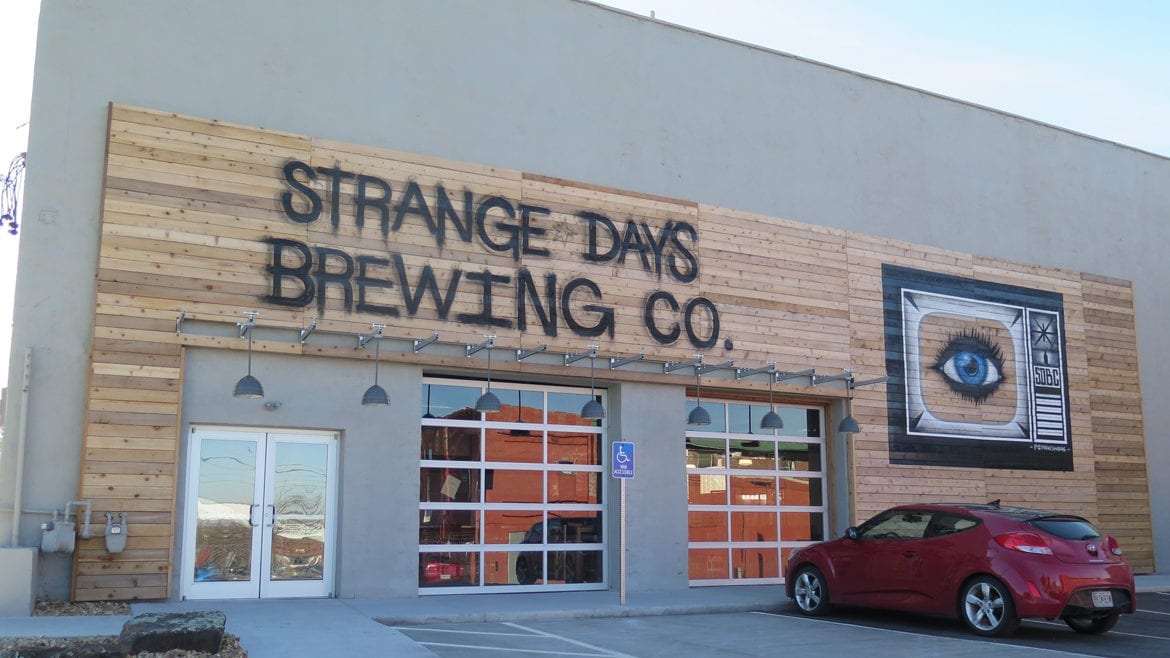 Strange Days Brewing Company (316 Oak St.) continues on pace to open by the end of 2017 in the River Market. The brewery, housed in a 4,500-square-foot building that was once part of Muehlebach Brewery, recently passed its health inspection. Co-owners Nathan Howard, Chris Beier and Alec Vemmer will begin brewing beer this week in preparation for a soft opening date to be announced.

“The layout of the brewery and taproom is closed to what we envisioned in our mockup,” Howard said. “It was a blank canvas. That gave us creative license, but it was also lots of work to make the old space look new.”

The spacious 2,000 square-foot taproom has an occupancy of 159 people. Vaulted ceilings, thick concrete walls, brick and other features give the space an industrial warehouse feel brightened by a vibrant blue color scheme. Sturdy tables and chairs, built from two-by-four wood, have the playful look of super-sized Jenga blocks. A tall chain link fence gates off the brewhouse made by Psycho Brew in Michigan.

“It’s like a homebrew system on steroids,” Howard said.

The brewhouse has two mash tuns and two boil kettles that run on natural gas, enabling the system to heat faster than an electricity-powered equivalent. Combined, the equipment has a nine-barrel production capacity. Using only one tun and kettle to produce 4.5 barrels of beer allows flexibility for small batches and creative experimentation.

“The bar was built with 16 taps, allowing room for expansion,” Howard said. “We’ll likely open with six to eight beers on tap.”

The first beer to be brewed will be an Australian sparkling ale.

Other styles influenced by global cuisine include a saison, black witbier, imperial Belgian stout made with Belgian yeast and malts that give it a “dark fruit character,” and a single hop pale ale that will feature a rotating series of hops. Additional styles include a Belgian quadruple, Japanese Black IPA made with ginger and Szechuan peppercorn and a straight IPA. 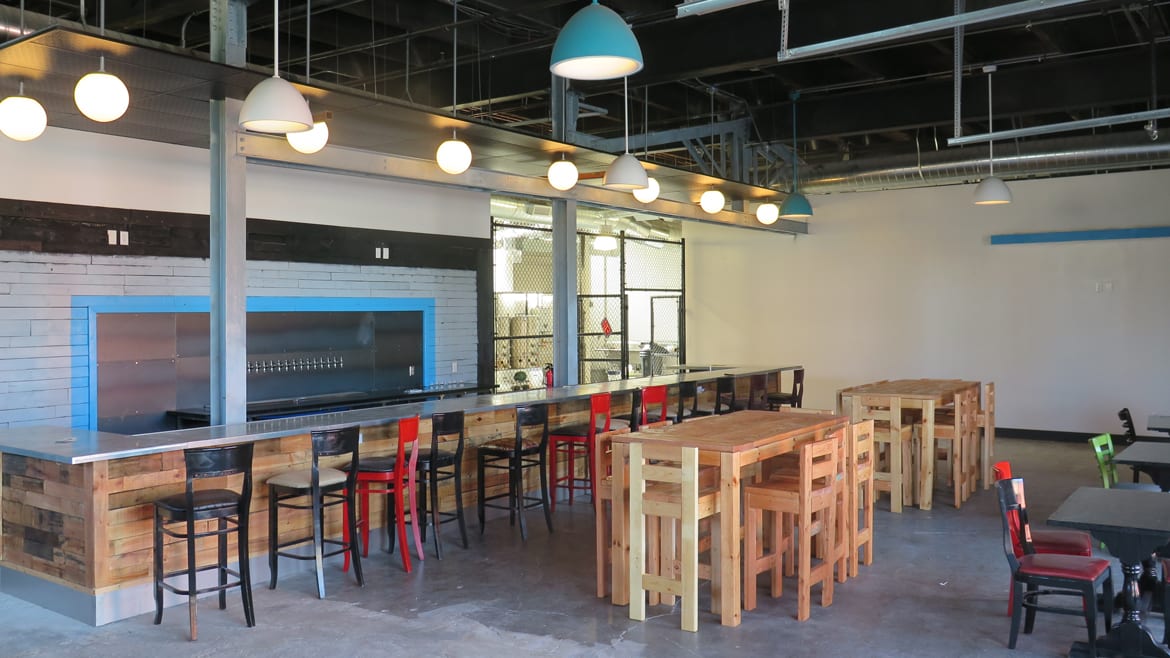 The taproom and brewhouse at Strange Days Brewing is housed in a former Muehlebach Brewery building in the River Market. (Pete Dulin | Flatland)

Founded by president and CEO Terri Bricker in 2016, Kansas City Breweries Company plans to build a major brewery and beverage production complex in the Blue Valley Industrial Area. The brewery will convert a Nestle Carnation plant at Potter Avenue & Manchester Trafficway near I-435 South.

With a 60-barrel brewhouse, the brewery intends to begin annual production at 100,000 barrels. The brewery would be one of Kansas City’s largest by capacity. In addition to beer, the manufacturing plant will bottle private label sports energy drinks, sodas, hard cider, malt beverages, and juice products for beverage, grocery and convenience store markets. 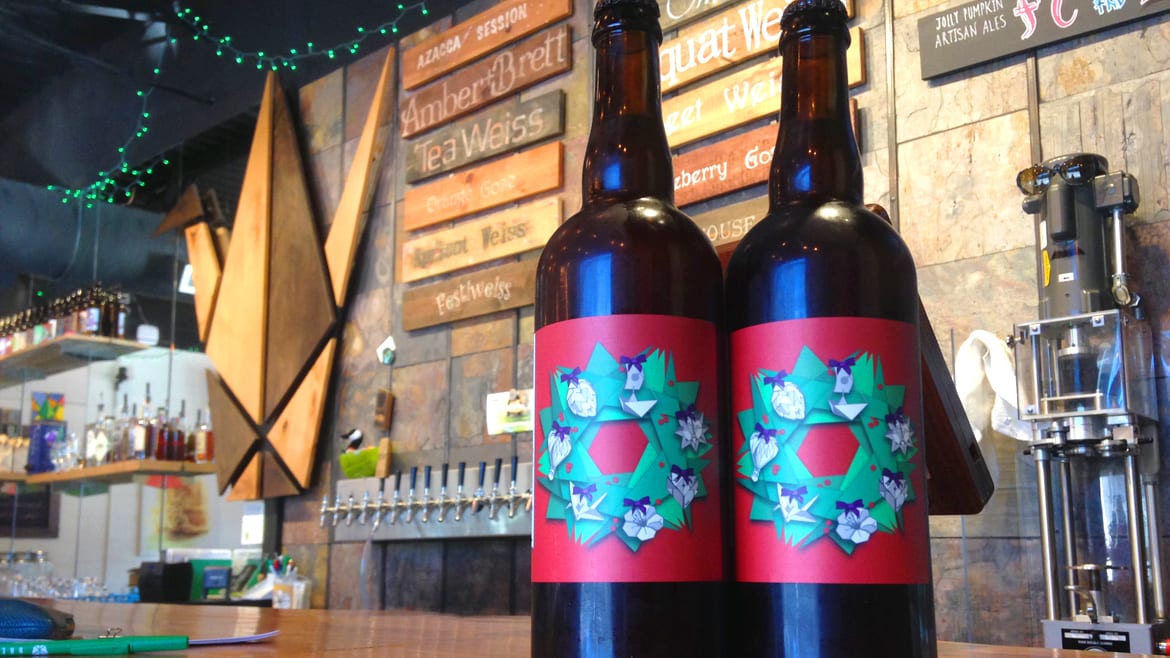 Crane Brewing (6515 Railroad St., Raytown, Missouri) recently released Raytown Common or “Ray,” named in honor of their city of residence. Common refers to an American-style lager brewed with lager yeast at temperatures normally used for ales. Festiweiss, a tart Berliner weiss with cranberries and ginger, is also now available as a limited holiday release in bottles at The Taproom. 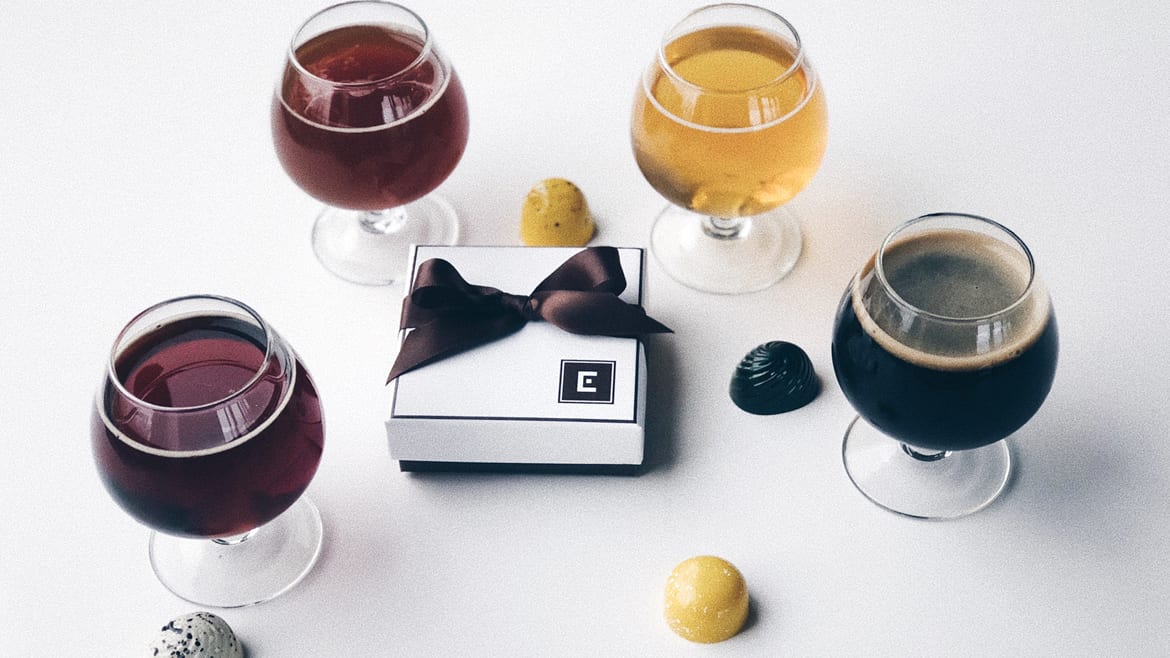 International Tap House opens at 11 a.m. and will tap Goose Island Bourbon County Stout. Donate a gift to Children’s Mercy Hospital and pick a surprise gift from I-Tap in exchange.