On Tap | Brew Lab Prepares to Launch Own Brewery 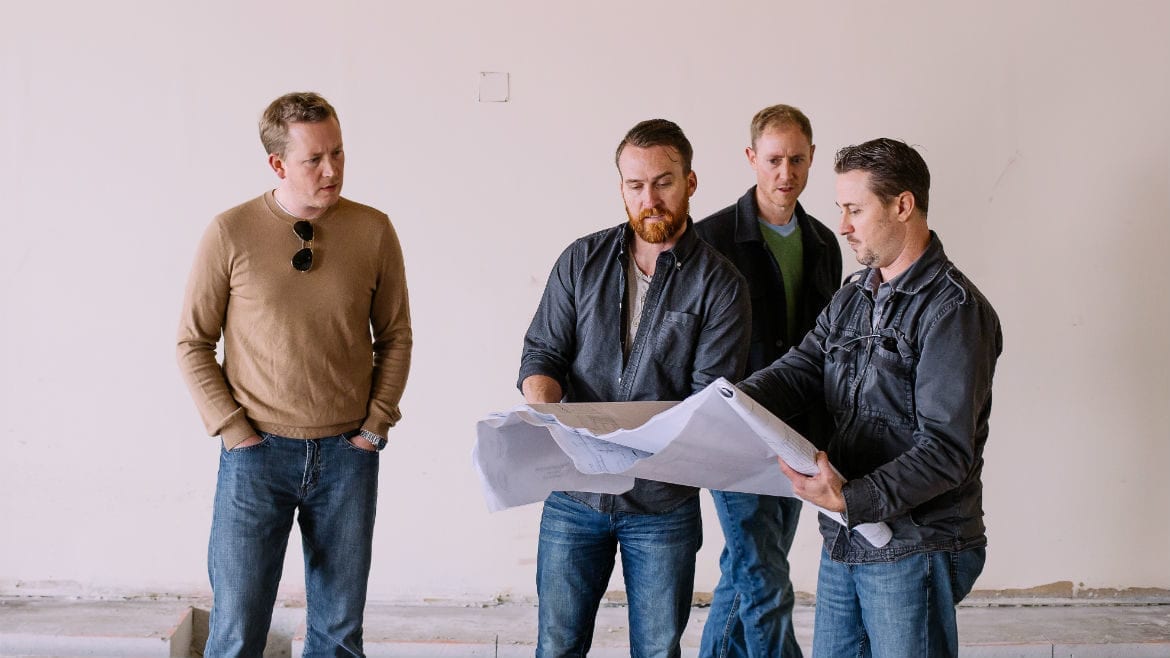 The founders of Brew Lab, from left, Matthew Hornung, Clay Johnston, Justin Waters, and Kevin Combs, look at architectural plans in their new space. (Zach Bauman I The Pitch)
Share this story

After three years of helping would-be brewers learn how to make beer, Overland Park’s Brew Lab is getting ready to make a few beers of its own.

The brew-on-premises shop is moving into a larger space in February, with plans to add a taproom, a brewery and a kitchen.

“We want this to be a brewing playground,” Clay Johnston, Brew Lab’s chief marketing officer, says. “People will be able to drink our beer, watch others make beer, buy their grains and supplies, and make their own beer.”

Brew Lab’s lease at 8004 Foster ends on January 31. Johnston, along with co-founders Justin Waters, Kevin Combs and Matthew Hornung, saw this as an opportunity to expand on their original idea. While the partners had thought about franchising, a larger space nearby convinced them that Brew Lab could first get bigger in downtown Overland Park.

The plan is to open at 7935 Marty — a former drugstore space at the base of the Overland Park Farmer’s Market — next month. The first stage will involve setting up the brew-on-premises facilities (Brew Lab provides the equipment, the raw ingredients and, if needed, the recipes for customers to make their own beer on site) and retail shop while awaiting licensure for their own brewery. Brew Lab would then add the kitchen, the taproom and the brewery in stages over the coming year.

“The brew-on-premises with a brewery really sets us apart,” Johnston says. “This is a chance for people to have a professional brewing experience and make a full batch alongside our head brewer.” 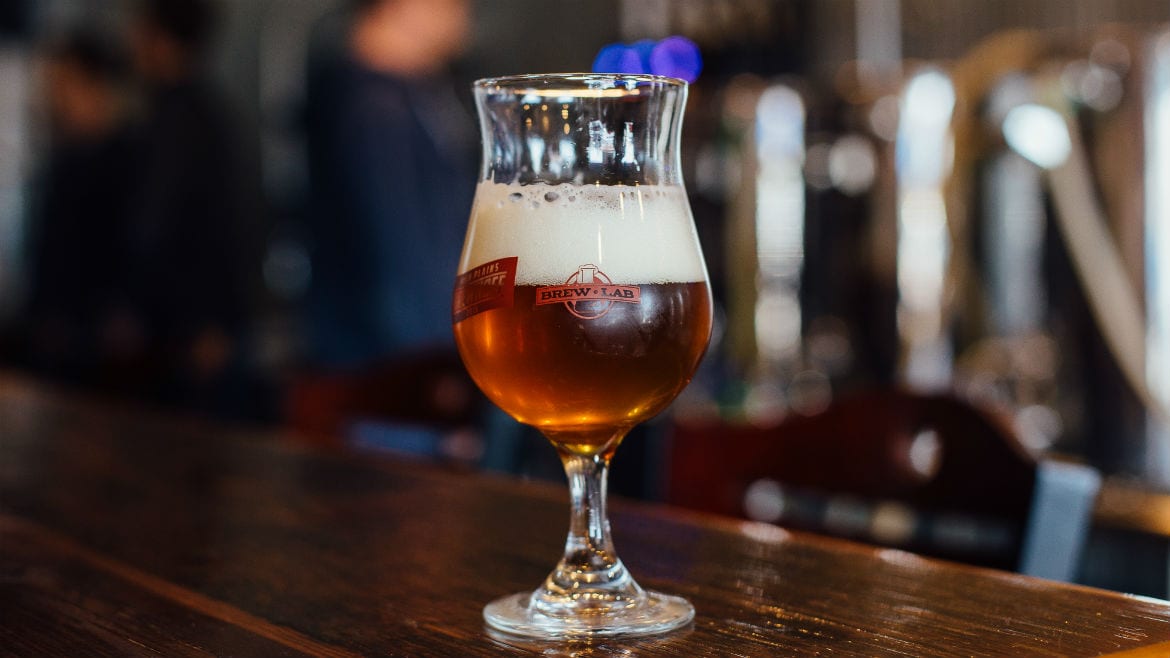 Brew Lab is set to open its new location in February. (Zach Bauman | The Pitch)

When the brewery is up and running, Johnston can envision those scaled-up brews being served in the taproom alongside a few curated guest taps. The brewhouse will have a three-barrel system; nut-brown and Belgian-style beers are likely early candidates to be produced in-house.

“We want to be actively brewing a lot and have room for experimentation,” Johnston says.

On the food side, Brew Lab has hired a local chef to run the kitchen. Johnston says he can’t yet name the chef, but calls him an avid brewer who has made beer at Brew Lab several times over the past few years. The menu will focus on small plates, what Johnston terms “American tapas,” designed to be paired with beer.

“We wanted a guy in our kitchen who loves beer as much as we do and knows the process,” Johnston says. “A big reason we brought on this chef was his knowledge and love of beer.”

Brew Lab’s final class in its original space will be this week, in advance of the transition to the space on Marty.

“This is phase two of Brew Lab and we really think we can have something unique in Overland Park,” Johnston says.