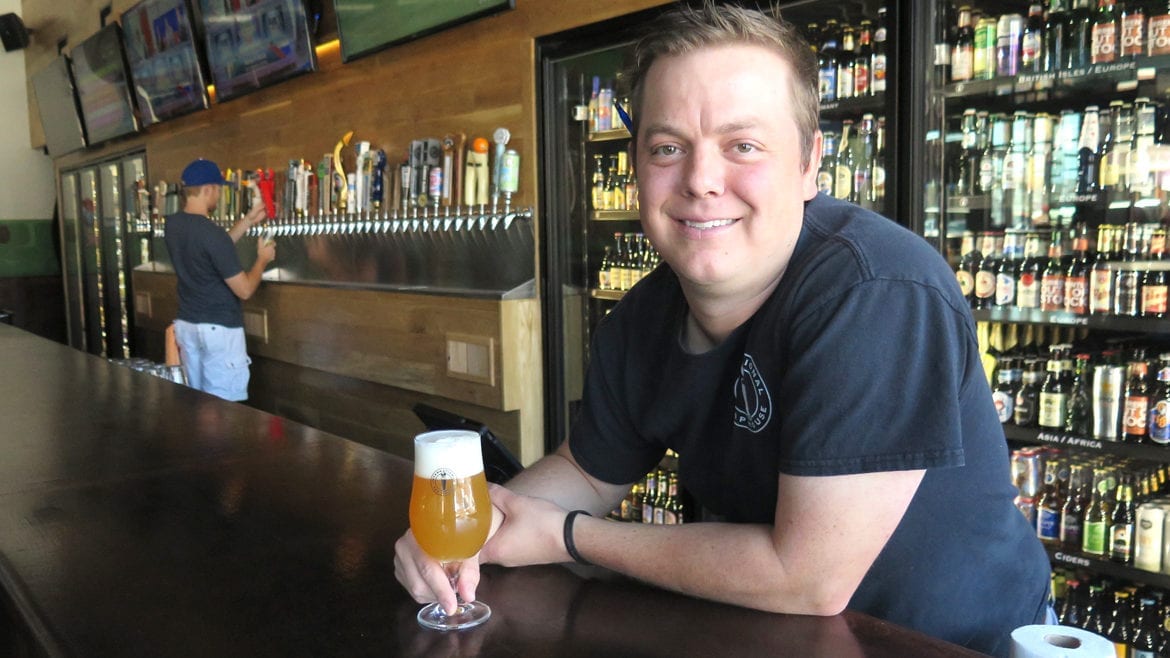 iTap is Open and Ready to Serve

The spacious interior features colorful murals, widescreen televisions, and a private room that can be rented for special events. Most of all, Whitaker and his new team want to deliver a premium craft beer experience.

“I’ve hired staff with education about beer, but I also hire for attitude, too,” said Whitaker.

While beer knowledge is important, Whitaker emphasized that friendliness and social skills are important to welcome newcomers to craft beer. Guests may bring in food or have it delivered since iTap doesn’t offer food service.

BKS Artisan Ales is so close to opening. They just need more power.

“Our build-out is completed except for a few minor finish items. Our equipment is set up and ready to go,” said Brian Rooney, who co-founded BKS Artisan Ales with his wife Mary. “Unfortunately, we’ve got some delays with Kansas City Power and Light dropping additional power to our space to run our brewhouse, glycol chiller, and walk-in cooler.”

The forthcoming brewery needs an additional 400 amps of power. To accomplish this feat, KCPL requires installation of a new transformer that will service the brewery and the other tenants. The installation involves city reviews, permits, and approvals, plus coordination with contractor schedules. The goal is to have upgraded power by the end of June.

“Once we have power, all we need to do is get our fire, occupancy, and health permits and then we can start brewing,” said Rooney. “I’m hesitant to state a date for opening until we have power and get those three permits approved. That said, I really can’t envision a situation where we aren’t brewing by some point in July. We are getting close.” 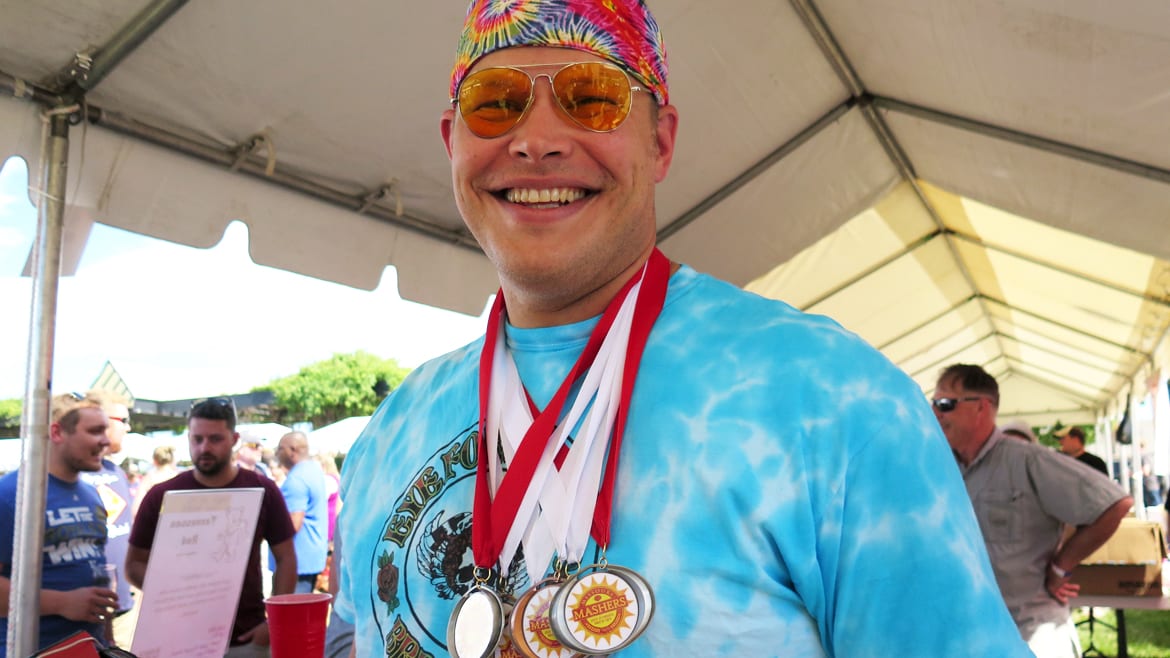 Eye for an Eye Brewing Company’s Michael Wells shows off his medals at the KC Nanobrew Festivals. (Pete Dulin I Flatland)

Keep an Eye on Eye for Eye

Summer is officially in session. Folks in the craft beer community shared their recommendations for crushable seasonal beers for hot summer weather. Here’s a list for your next beer quest to quench thirst.

Eric Martens, owner-brewer at Border Brewing Company, said, “Strawberry Blonde is our top-selling summer beer now for two years in a row. We also have the Trapdoor Tripel, a Belgian tripel that clocks in at 9-percent ABV, but is surprisingly light and dangerously refreshing.”

Brian Rooney, owner-brewer at BKS Artisan Ales, is a big fan of traditional lambic and geuze, such as Oude Geuze by Brouwerij 3 Fonteinen. 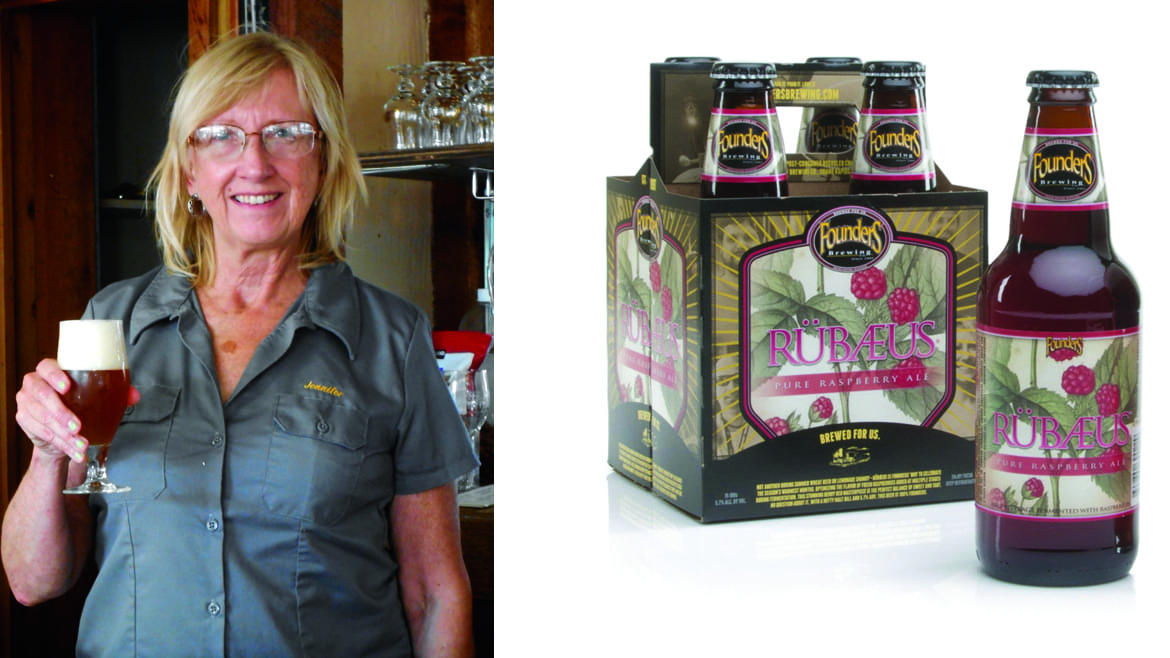 Jennifer Helber of Grain to Glass goes with a Fourth of July color theme. “We just tapped a keg of Crooked Stave’s Petite Sour Rosé. It’s aged in rosé barrels, and is a pretty red color,” said Helber. “In package, raspberry beers include Founders Rubaeus. For white, we have witbiers such as Mark Twain’s Hannibal Nectar on draft, Boulevard ZON, and Jolly Pumpkin’s Calabaza Blanca in bottles. For blue, we are tapping Mark Twain’s Blueberry Saison and have Mikkeller’s SpontanTripleBlueberry in bottles.”

Jeremy Morton, beer manager at Mike’s Wine and Spirits, has watched the trend of sour beers “burst into the mainstream.” For example, his “top go-to summer beer,” is Sierra Nevada’s Otra Vez, a gose brewed with cactus and grapefruit. 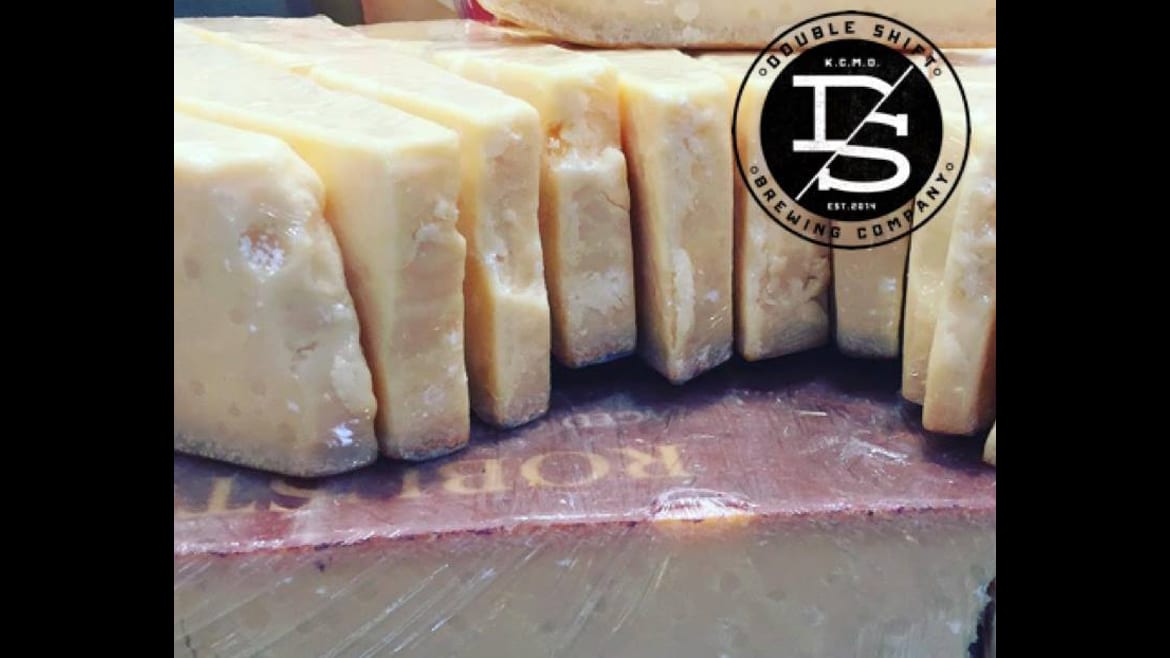 It’s Tuesday Foosday at Boulevard Brewing’s Beer Hall (2534 Madison Avenue) from 4 to 7 p.m. Sporting Kansas City takes on the Portland Timbers on Saturday. Before the match, enjoy happy hour featuring tabletop football. A BLVD+SKC co-branded stainless pint can is available, full of any red tap handle pour from the tap wall, for $16.

Dogs and humans are welcome to attend the Beer Paws Pop Up Shop at Kansas City Bier Company (310 W 79th Terrace). Beer Paws will have its full line and pet treats available. All gose sales from 6 to 8 p.m. will be donated to Wayside Waifs, plus 10-percent of Beer Paws sales.

Double Shift Brewing (412 E 18th Street) releases 18th & Loral (4.8-percent ABV, 49 IBU), the next in its 18th Street IPA Series. This IPA is brewed with Loral, French Aramis, and Simcoe hops for a hybrid of old school IPA with fruit-forwardness.

To promote Lakeside Nature Center’s second-annual Run for Raptors race, all proceeds from sales of Free State Brewing Company’s Falcon Lager at Bier Station (120 E Gregory Boulevard) will benefit the center that night. From 6 to 7 p.m., meet live Lakeside raptors and take a photo with Zorro the peregrine falcon.

Get happy at the Bob Ross Bar Crawl. Dress like famous artist Bob Ross, participate in a chill paint class, drink beer at Cinder Block Brewery (110 E 18th Avenue, North Kansas City) and then head on to other local breweries and bars.

Boulevard Brewing Tours and Rec Center (2534 Madison Avenue) celebrates its one-year anniversary. Join the party from 4 to 8 p.m. with keg tappings of Tequila Barrel Lime Gose and Rye on Rye on Rye. Nosh on complimentary birthday cupcakes and sip on Unfiltered Wheat samples.