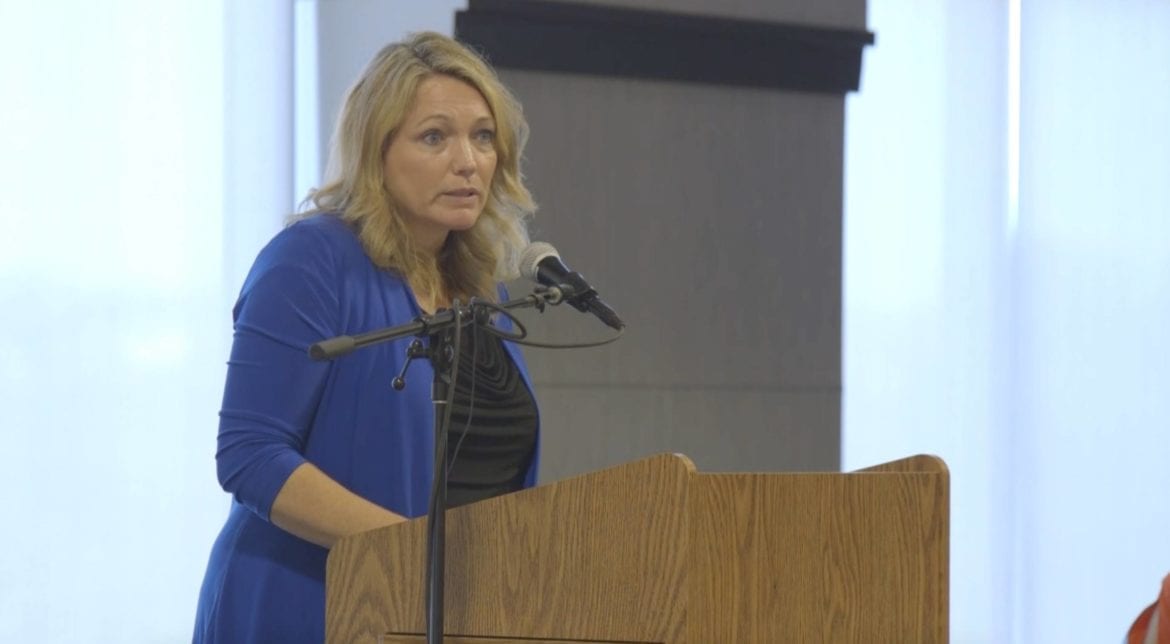 Nicole Hockley’s son, Dylan, was one of 20 first graders killed at Sandy Hook Elementary in 2012. After the tragedy, she and other Sandy Hook parents founded Sandy Hook Promise to lobby for background checks. That was part of what she spoke about on Monday at the annual Heartland Coalition Against Gun Violence forum, which took place at the University of Missouri-Kansas City. Along with Hockley, Kansas City Mayor Sly James and John Douglass, Executive Director of Emergency Services for the Shawnee Mission School District, spoke about the trauma involved in gun violence and the ways in which schools are working to keep students safe.