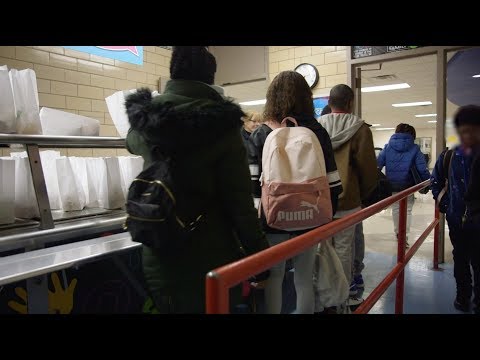 In the aftermath of World War II, amidst Cold War tensions with the Soviets, U.S. students practiced “duck and cover” drills to prepare for nuclear attack.

Fast forward more than half a century, and one of the most common safety precautions in schools today has nothing to do with a far-off threat; “active shooter” drills prepare for an intruder that might be right outside the classroom.

By one estimate, there have been approximately 1,300 school shooting incidents in the U.S. over roughly the past five decades, with last year logging the highest number since 1970.  Those figures include every instance a gun is wielded, fired or a bullet hits school property.

By a narrower measure, the number of multiple-victim shootings, other research indicates schools are safer now than they have been in the past. Yet that is of little solace to people in places like Parkland, Florida, who are today marking the one-year anniversary of the deadly shooting at Marjory Stoneman Douglas High School.

Learning from Sandy HookPart of Nicole Hockley is frozen in a world before Dec. 14, 2012, when her 6-year-old son Dylan would pretend he was a butterfly. “He’s my beautiful baby boy with captivating eyes and infectious giggle and warm deep cuddles. He…

The dilemma moving forward is, how do you prepare for the rare, unthinkable occurrence while maintaining an enriching environment? If safety was the only objective, schools would be constructed like jails, said Chief John Douglass, executive director of emergency management in the the Shawnee Mission School District.

The balance between safety and learning is all the more difficult nowadays, with the emphasis on school layouts meant to foster “soft skills,” such as collaboration and problem solving.

In that respect, perhaps Summit Technology Academy in Lee’s Summit, Missouri, is a current example of the school of the future. It has safety mechanisms built into a school filled with natural light and open corridors.

The hope is that designs like this will also foster better relationships between classmates, and between students and staff, to help work through grievances.

The unfortunate reality, as grieving parents in Parkland know all too well, no community in America can say, “It can’t happen here.”