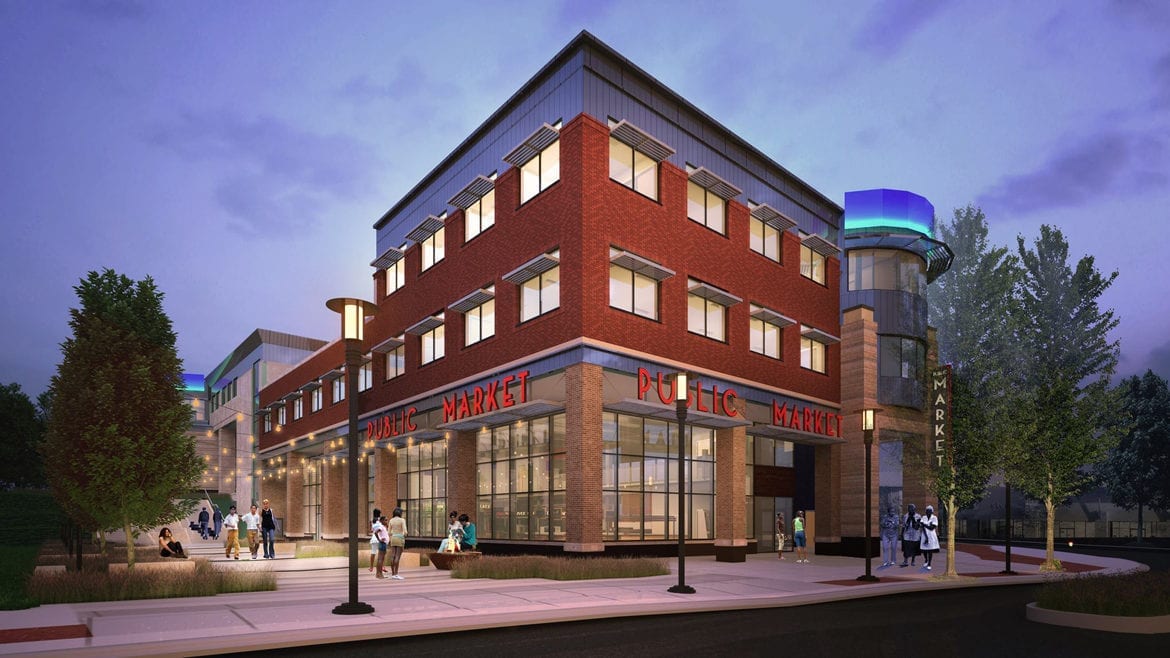 A bill that could allow diners and bar patrons to drink outside in Kansas appears to be gaining momentum in the state legislature. HB2277, a bill that allow Kansas cities and counties to establish outside drinking areas, recently passed a Kansas Senate committee. If passed into law, municipalities could designate permanent zones, such as a bar district or plaza, where alcohol could be consumed if contained in a specially-marked container. Currently in Kansas, only festivals and events may operate in a temporary zone under a three-day permit.

“I imagine this would benefit breweries most that reside in a downtown or plaza area,” said Chris Meyers, co-founder of Crane Brewing Company, said.

A representative of the City of Lenexa introduced the bill to the House Committee on Local Government. Proponents, such as the Lenexa Public Market, seek to establish “a common consumption area,” for outdoor drinking that would be allowed with passage of the bill.

“I would be excited to hear that places like Lenexa Public Market will have an open air outdoor area to stroll and drink,” said Matthew Moore, co-founder and director of operations at Martin City Brewing Company. Moore is a partner in Lenexa Locale — a bar that was slated to offer local beer, wine, and cocktails in the Lenexa food hall. Carmen Chopp, the manager of the Lenexa Public Market, reached out to Flatland to explain that Moore decided not to pursue the concept in the food hall.

Several local breweries that conduct business in Kansas also commented on the bill.

“We favor responsible legislation that helps both us and other similar businesses with similar regulations to grow in any facet of our operations,” said Chris Roberts, co-founder of Red Crow Brewing Company, said. “If passed,  HB 2277 would help our business and eliminate misunderstandings by our customers as to the legal restrictions we are under in providing a beautiful outdoor space for them to enjoy while visiting our brewery.”

“We support laws that increase access to the purchase of our beer by responsible adults of legal drinking age,” Jeff Gill, founder of Tallgrass Brewing Company, added. “So many laws on the books, not just in Kansas but many states, are just echoes of Prohibition-era thinking.”

Kansas City Bier Company founder Steve Holle suggested that the demonization of all drinking during Prohibition and afterward impacted the historically communal aspect of alcohol consumption.

“Communal meeting places like taverns and biergartens, where friends, neighbors, and families could gather in open public spaces, disappeared,” Holle said. “Measures like this law that contribute to the creation of more public gathering spaces will make our cities more livable.”

Callsign Brewing launched a Kickstarter fundraiser campaign that ends Tuesday, June 13. With $20,000 as its goal, Callsign Brewing founder Steve Sirois will use funds to underwrite the launch of a seven-barrel brewery/tap room in North Kansas City, Missouri.

BKS Artisan Ales is near completion on its tasting room and walk-in cooler. Owners Brian and Mary Rooney plan to have up to 12 taps on its tap wall. They also purchased a can seamer that will enable them to produce canned beer.

A hazy Session New England IPA with tropical fruit notes is the latest release from Border Brewing Company (406 E 18th Street) as part of its “We Brew for You,” series, where patrons vote on the next beer style to be brewed.

Grains & Taps (10 SW 3rd Street, Lee’s Summit, Missouri) hosts a tap takeover with eight to 10 beer styles from Crane Brewing Company. Junipucker, a tart saison brewed with juniper berries by a group of ZZ Hops homebrewers and scaled up by Crane, will be on tap.

The Kansas City beer community will pay tribute to the late John Bryan, beginning at 4 p.m. at Bier Station at Bier Station (120 E Gregory Boulevard). The night, which includes a toast at 6 p.m., features a complete tap takeover by Firestone Walker and Boulevard Brewing Company. All proceeds from four kegs will be donated to the Bryan family’s charity of choice: Cornerstones of Care. Cash donations for his children’s college fund also will be accepted.

At noon, Torn Label Brewing Company (1708 Campbell Street) will host a release party at its taproom for limited 22-oz. bottle quantities of its seven barrel-aged variants of Long Time Comin’ Imperial Stout. The Tom’s Town’s portion of Barrel-Aged Long Time Comin’ will be available on draft as well as in bottles.

Clarification: This story has been updated to reflect that Matt Moore is no longer planning on opening the Lenexa Locale concept in the Lenexa Public Market.