BKS Artisan Ales is Set to Bring Nanobrewing to Brookside 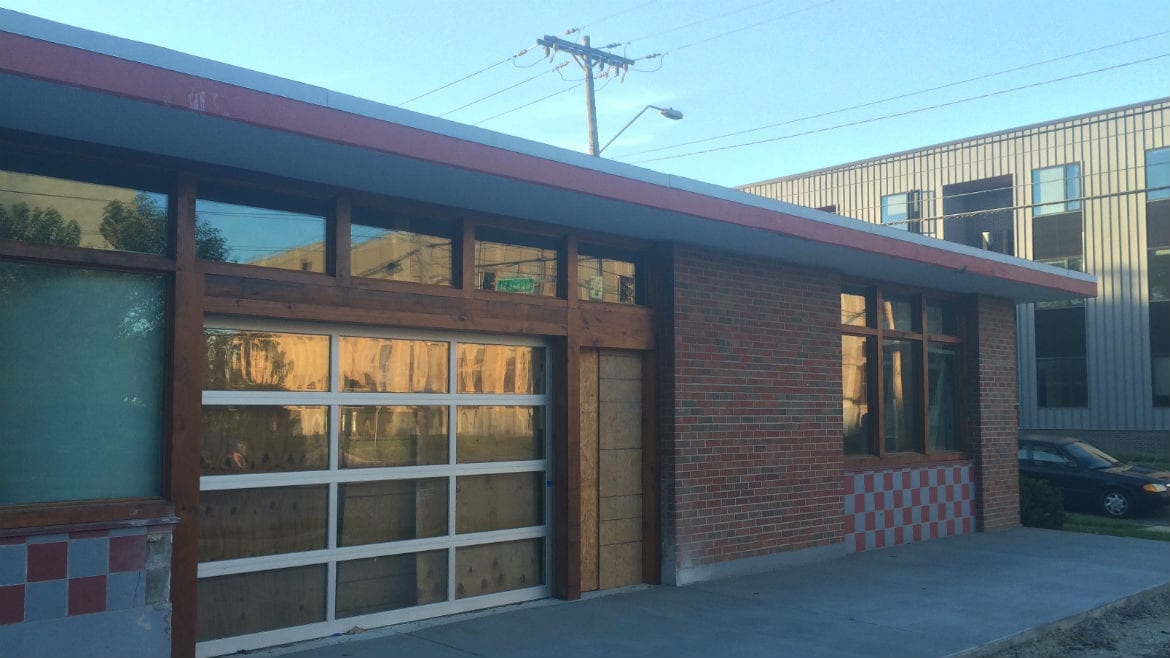 A small place that could signal big changes for Kansas City’s beer scene is in the works at 633 East 63rd Street in Brookside. BKS Artisan Ales looks set to be the first nanobrewery to open in the city under a new ordinance that passed in June 2015.

“The advantage that I have of being small is that I can experiment,” co-owner Brian Rooney says. “Maybe I can inspire homebrewers to try something different and push the limits of what’s possible.”

Rooney, who will run the business and taproom with his wife, Mary Rooney, is an avid and award-winning homebrewer who lives in the Brookside area. “I can’t play guitar or sing or write poetry,” he says. “This is my creative outlet.” And he has spent the past several years trying to figure out a way to reconcile his modest beer dreams with the budget-busting warehouses that were available to lease.

“The scale of everything was too big,” he says. “It didn’t fit what we wanted to do.”

So Rooney took his case to City Hall, and he found an ally in City Councilman Scott Taylor. Together with the city’s attorneys, they created an ordinance that would allow for a smaller-scale brewery to open in a residential area, rather than in an industrial zone. Under the ordinance, a nanobrewery has to operate in fewer than 5,000 square feet, with at least half of its production consumed or sold onsite.

“We want to produce styles of beers that aren’t always available in the Midwest,” Rooney says. “It’s Northeastern style pale ales and double IPAs. It’s sour beers and mixed fermentation. I want to make beer that I like drinking.”

After the ordinance passed, allowing holders of a special-use permit to brew and sell in small spaces (with a separate permit available to sell bottles off-site at the City Market), Rooney began looking for the right address. One day, he drove by a low-slung brick building, near Heirloom Bakery & Hearth and across from Unbakery and Juicery. He knew.

“I called the number on the sign and asked for Butch Rigby,” Rooney says. “He answered and told me that he had been looking for me.”

The day after the Rooneys met with Rigby, a local developer, at the space, they signed a lease. Now, they’ve joined the building boom that’s redefining the part of 63rd Street between Oak and Holmes — East Brookside, Rigby likes to call it.

Rigby’s application for rezoning, which included the special-use permit application for BKS, was approved in September. Rooney has since secured consent from his neighbors and is now in the process of securing the licensure for the brewery.

BKS represents a new kind of brewery for Kansas City. Rooney plans to have a 750-square-foot taproom that will be open only on Saturdays. In addition to the beers on tap, BKS will have bottles and crawlers — aluminum growlers — to go. Rooney envisions focusing on hop-forward brews: a West Coast-style IPA, as well as some in the Northeastern style for comparison.

“The Northeast style has a softer mouthfeel,” he tells me. “The bitterness isn’t as strong or bracing, it’s a lot more approachable. It’s aromatic and almost juicy in the nose.”

Rooney has three main styles in mind for the golden sour brews he wants to make at BKS. One will have a saison-style base, with mild tartness, produced in a stainless-steel fermenter. The second will be a more aggressive sour involving brettanomyces (yeast that many Kansas Citians are familiar with, thanks to Boulevard Brewing Company’s Saison-Brett), with the last a blended, wine-barrel-aged sour. He’s also working on a honey-based saison that would use honey from a Waldo beekeeper, and a sessionable English mild ale with coffee and toasted cacao nibs. “We’re treating the beer like it’s a toddy, using the beans to give aromatics and let the beer pop with coffee flavor,” Rooney says of that last one.

Even as BKS moves forward, Rooney says he plans to keep his job in the insurance industry. He believes the brewery can be a place for innovation and experimentation, just on a small scale.

“You may see the same name on the beer, but they might change batch to batch,” he says. “Somewhere down the road, if something’s a favorite, we might brew it exactly the same. But I’ll let the people tell me what they want.”

Taking a Break From the Onslaught of Seasonal Beers