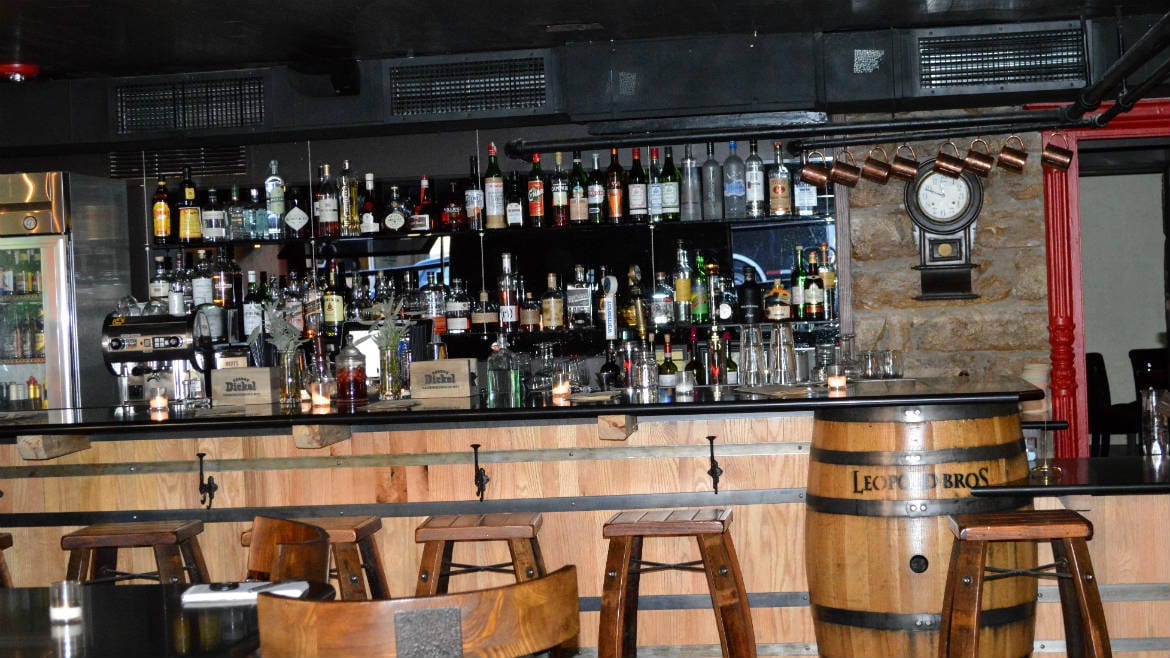 It’s easy to miss John Brown’s Underground, and that’s kind of the point. The eight-month old speakeasy is just a block off Massachusetts Street in Lawrence, Kansas. But there’s no sign to point the way and the entrance is below sidewalk level.

“Speakeasies were illegal. They brought in all different types of people. There’s no target demographic. It’s a bum and a couple and a mistress and a politician,” bartender and manager Kate Brubacher says of the bar at 7 East 7th Street. “It’s the kind of local watering hole that I don’t think exists much in our culture today. There’s a lot of ways that we segregate and divide. I think initially people wanted booze, so this is the place to get the booze.”

While it is literally underground, this speakeasy doesn’t intentionally ward off guests. On a warm mid-week afternoon, Brubacher sits in one of the two armchairs by the front window, her feet tucked under her jeans. All that’s missing is a book in an area that is without question a reading nook. Sunshine streams in from the open windows and light music trickles out providing a soundtrack to the feet and bicycles that occasionally roll through the frame.

“We’re just continuing to find our niche and also having people find us,” Brubacher says. “People bend down and we’re like, ‘Come on in.’” 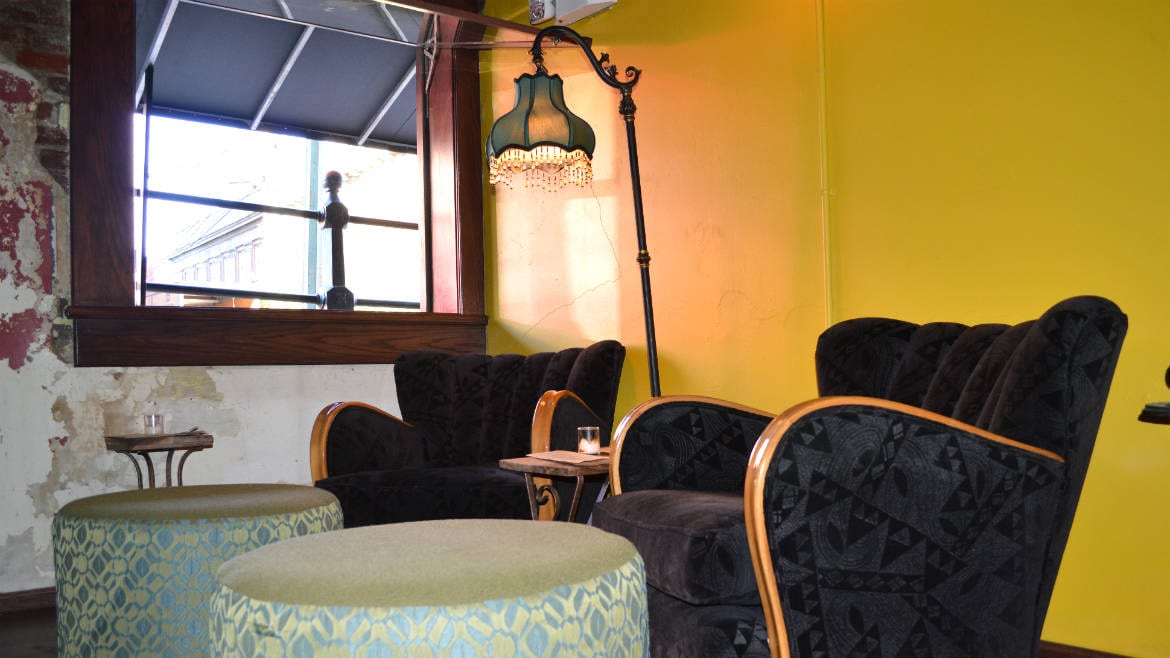 The speakeasy space didn’t come easy. Brubacher says the former bank building, which was last a used video game shop, had 20-inch limestone walls that took a week to cut through in order to build out the back rooms. An upstairs event space, connected via a winding staircase, opened this December.

“We’re in the middle, so we’re the last to get it,” Brubacher says of the craft cocktail craze. “That means we can be as enthusiastic about it as we want.”

The cocktail menu has shifted with the seasons, but the French 75 (Hendricks Gin, lemon, simple syrup and sparkling wine) that graced the original menu when the speakeasy opened in August 2014 remains the most popular offering.

The latest cocktails bring in salty and smoky elements. The Rosa Gose is a beer cocktail made with gin, Anderson Valley Brewing Company’s Blood Orange Gose and rosemary. John Brown Underground’s take on a Rob Roy has scotch that’s been infused with smoked jalapenos (they sit in the scotch for a month), ginger liqueur, rosemary and lemon juice.

“Being from the Midwest we have wonderful resources. We just have to use them appropriately. It’s about using practices of the pioneers that are tried and true,” Brubacher says. “We’re trying to be conscientious about what goes into your drink. It’s like slow food.”

The actual food is what Brubacher terms “good pub fare” –  dishes like the hand-shredded tater tots and waffle fries served in a cast-iron skillet with baked smoked gouda cheese.

“It’s a special little tot just like your handmade cocktail,” Brubacher says smiling. “It’s completely different than what you got in grade school. We’re trying to be intentional with what we’re making.”

They devised their own Cracker Jack dusted with Buffalo seasoning, and a Speakeasy Sandwich (bourbon smoked bacon, brie and house fig jam on a brioche bun). The newest addition to the small plates is a charcuterie board – a mix of prosciutto and salami – served with that house fig jam, horseradish jam and tapenade. John Brown’s Underground has also been serving brunch since October with egg sandwiches (the Mac Stack features macaroni and cheese), bourbon bacon waffles, and French Toast in a Jar (a combination of Nutella, toffee and cream cheese baked in a Mason Jar). 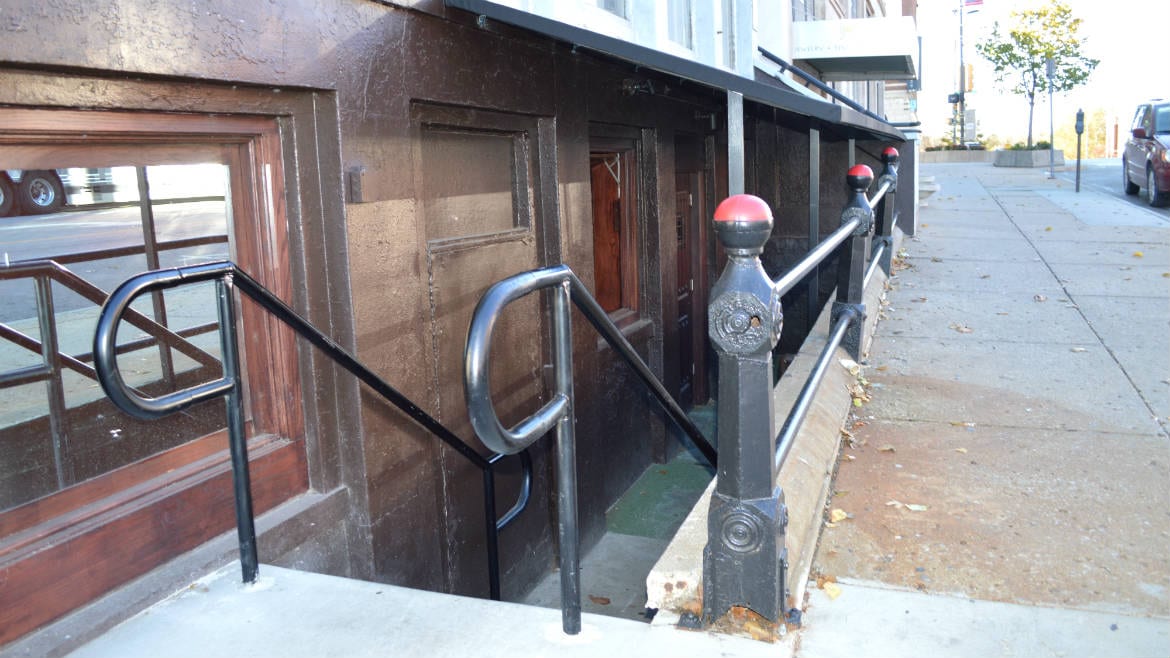 While the food is meant to mirror the cozy feeling of being surrounded by dark wood, the drinks continues to be where Brubacher pushes people’s taste buds.

“I’m just trying to help encourage people to explore,” she says. “It’s about asking people how they feel, whether they’re celebrating or want to relax.”

She’s experimenting with aging vermouth in oak casks and is hoping to add a small greenhouse to produce fresh herbs for cocktails on site. She’s been infusing vodka for the past several months with peppercorns, organic roses, chamomile and Earl Grey tea. And Brubacher is looking at shrubs and fermented fruit – hoping to highlight the bite or play of vinegar off the sweetness in a drink. But most of her inspiration comes from the folks that walk down the stairs and into the speakeasy.

“There are a couple of librarians that come in and sit by themselves at the end of the bar with a drink and book for a few hours,” Brubacher says. “That feels nice, it’s different than other places in town.”