Where ‘comfort’ gets a twist and ‘local’ is a given 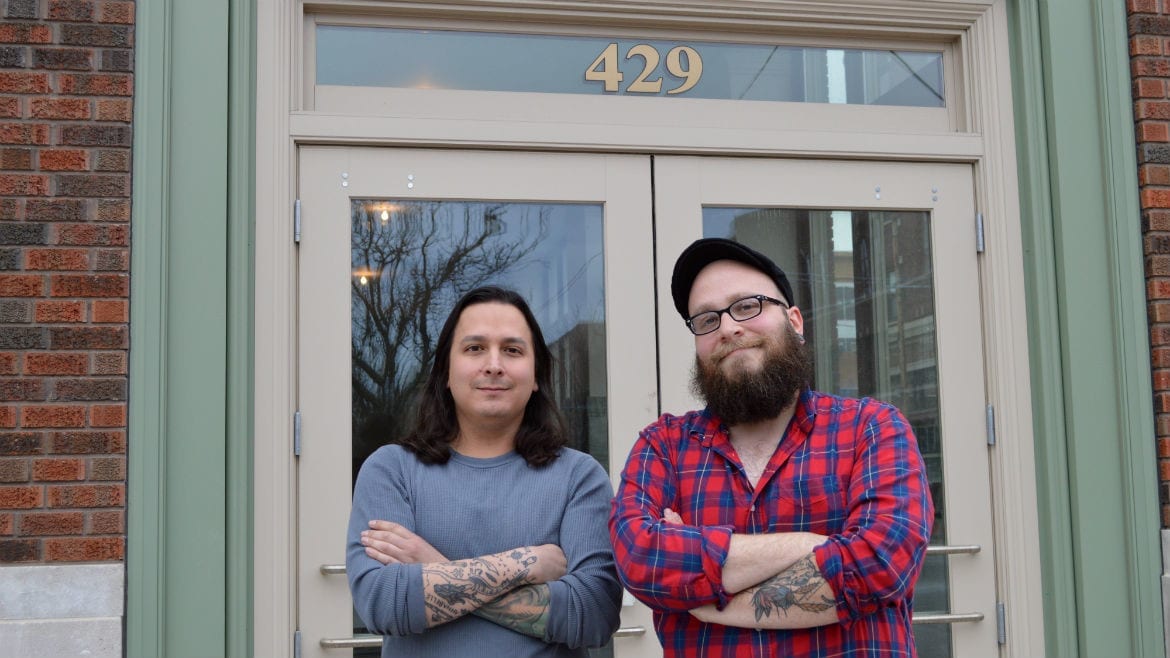 Aaron Salinas pauses as he walks through the building at 429 Walnut Street, his shadow stretching across the dust-covered checkerboard floor toward a door stenciled with word ‘library,’ leaning against the opposite wall. He’s in the midst of an informal tour of the space alongside James Paul – the two chefs who will be cooking in the future home of Brown & Loe potentially as soon as next March.

Brown & Loe, an upscale American bistro, will be the latest venture from Harry Murphy, the namesake in the nearby Harry’s Country Club, where Salinas is currently the executive chef. Salinas, 29, will serve as Brown & Loe’s sous chef under Paul, who will be the new restaurant’s executive chef. Murphy’s daughter Kate McGlaughlin will be the general manager.

“We’re keeping with the spirit of the City Market and going with an American bistro theme,” said Paul, 32, the current sous chef at Hereford House in Shawnee. “We’re looking to bring an upscale twist to American comfort food.” 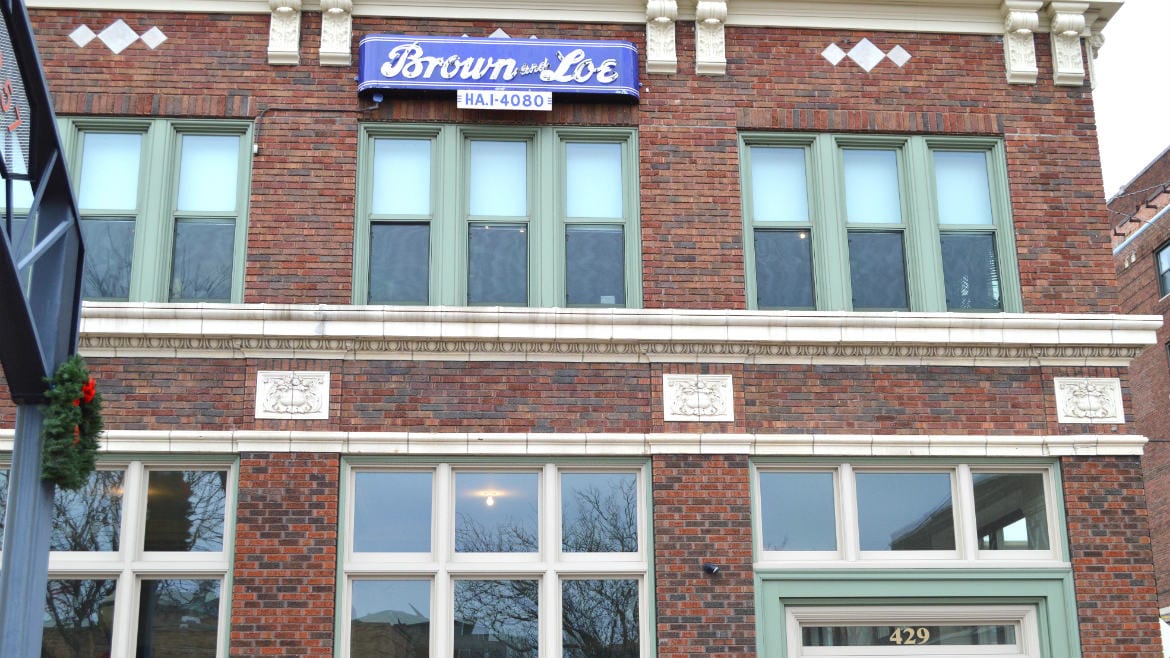 After a prolonged series of negotiations, Murphy signed a 10-year lease with the city on the former fruit brokerage space this September. Crews began working on the building that last held Vuong, an Asian market, that month, tearing out a bank vault to make room for a kitchen, and leaving another vault to potentially serve as a beer cooler. John O’Brien, who has created the look for Harry’s, Voltaire and Rye, is designing the interior.

“He’s got a wonderful knack for bringing out the character of the building,” said Paul.

Murphy and Paul began talking in 2013, connected through a mutual acquaintance in the Anderson Restaurant Group. ARG owns Pierpont’s in Union Station and Paul was a chef there at the time.

“I’ve always wanted to cook and I’ve been given the chance to do what I want.” – Aaron Salinas

“Two years is a long time in the kitchen world, but this was too good of an opportunity to let go by the wayside,” said Paul.

Paul was born in North Kansas City and grew up in Shawnee, Kansas. He moved out to California a decade ago and ran the café side in a series of ArcLight Cinemas – an upscale West Coast movie chain. He returned to Kansas City in 2009 and began to work for Pierpoint’s as an apprentice while he was in the culinary program at Johnson County Community College.

“I’m a less is more kind of guy. I prefer food that is an honest representation of the ingredients,” said Paul. “I’ve always been more about rustic and comfort [food].”

“I love cooking with beer and pork and odds and ends. I don’t want to have something where people don’t know where to start or how to eat it is or what it is…” – James Paul

While at Pierpont’s, Paul trained Salinas and the two enjoyed sharing space on the line. Salinas, who was born and raised in Independence, graduated from Kansas State University in 2011. While in Manhattan, he explored a variety of kitchens, learning to cook Cajun, Jamaican, Cuban and Polynesian cuisine.

“I’ve always wanted to cook and I’ve been given the chance to do what I want,” said Salinas.

Paul and Salinas are developing the menu at Brown & Loe, which takes its name from the former produce company and neon sign that still adorns the north side of the building.

“We’re trying to do something that is honest and good and a reflection of the ingredients. We want to stay a neighborhood place,” said Paul.

The duo wants to focus on slow-braised meats like short ribs, along with steaks and seafood, including oysters. Those short ribs would be braised in Lost Trails’ root beer over 12 hours and served with collard greens, butter beans and corn bread. Paul would like to do a smoked bone-in pork chop, as well.

“I have a primal cut diagram of a pig on my left arm almost as a badge,” said Paul. “The idea is to use things that were in front of us as kids, but we didn’t think about. We’ll use pork jowl instead of the regular pork belly.”

Paul can envision a ribeye that’s been “kissed on the grill,” or a savory bread pudding. The chefs will cure their own bacon, break down their own meat and look to use heirloom grains and vegetables.

“We don’t want to write local 30 times on the menu, it should just be a given that of course we’ll use the City Market,” said Salinas.

Brown & Loe will have a large wine list and the chefs are eager to do regular beer dinners. The cocktails will likely take a cue from Harry’s Country Club, with a focus on the classics.

“I love cooking with beer and pork and odds and ends,” said Paul. “I don’t want to have something where people don’t know where to start or how to eat it is or what it is…”

Paul points to a cut out in the brick wall where an entrance out to the planned patio will be located. The kitchen will be only a few feet away, built out over two floors for additional production space. As the whine of saws drift up from the basement, the two chefs imagine the possibilities from Brown & Loe on Walnut Street, picturing families dining alongside a pair out on a first date.

“If we all do our part, it could be one of the coolest restaurants in Kansas City,” said Salinas. “Perhaps it’s boyish to think that way, but that’s what I think.”