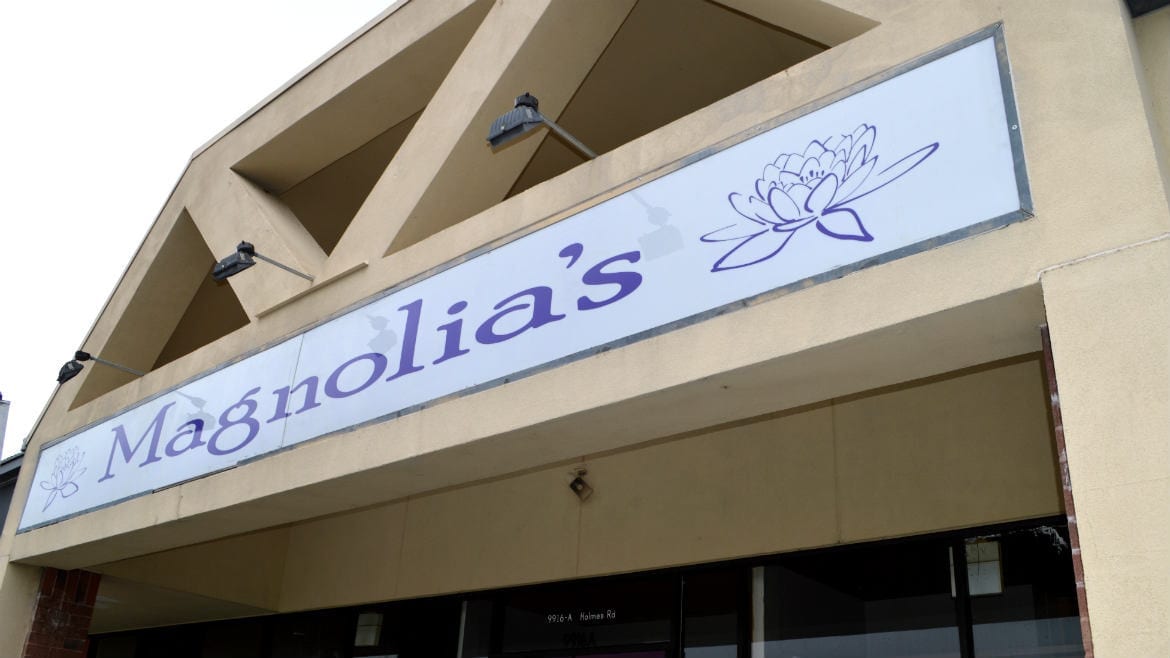 While hundreds of thousands gathered to watch the Kansas City Royals in downtown Kansas City this Tuesday, chef Shanita McAfee was holding a bullpen session of her own. The owner of Magnolia’s, which opened yesterday at 9916 Holmes, had gathered six of her staffers on stools at the bar and was reviewing the restaurant’s policies as a window crew worked outside on the South Kansas City shopping plaza.

“We’ve been closed for eight months, so I’m not coming out of the gate with a totally brand new menu,” said McAfee. “People can look forward to us getting more creative when we’re comfortable in this space.”

A graduate of Johnson County Community College’s culinary program, McAfee had worked summers at her family’s barbecue restaurant, Miss Ellie’s, in the Lake of the Ozarks. She had a successful catering business and a loyal clientele built out over two years of working as a personal chef when she opened the original Magnolia’s Contemporary Southern Bistro at 2932 Cherry Street in April 2012.

The 35-seat dining room was often packed for brunch with folks eager for a bite of her red velvet waffles or eggs Benedict. But the kitchen was tiny and the demands of her menu sent six or seven waffle makers, by her count, to an early grave.

“I wanted to open up a restaurant and establish myself as a chef,” said McAfee. “This is more modern Southern. People always try to get me to compare myself to soul food restaurants. And what I tell them is that you don’t have a Magnolia’s without The Peachtree. They made Southern food relevant.” 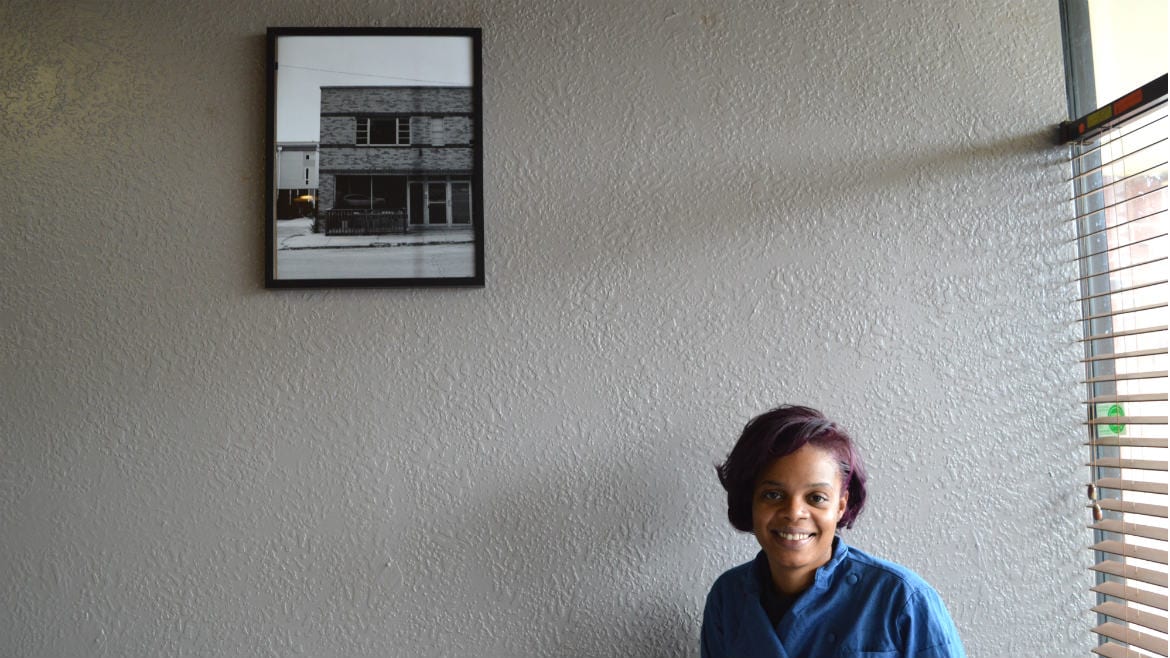 The new space seats 85 people on each side – the bar side will open first and then McAfee expects to open the second half of the dining room in the coming months. She’s also applied for a liquor license in order to serve classic Southern cocktails.

“The Southern lifestyle and cuisine lends itself to drinking,” said McAfee.

The former Groove Station Bar & Grill space was painted in cool grey and purple and now features white tablecloths. In addition to the renovations, McAfee returned to televisions screens with an appearance on the Food Network’s BBQ Blitz this fall. She won an episode of Cutthroat Kitchen in September 2014, but fell to the Local Pig’s Alex Pope on BBQ Blitz, which also featured Brandon Simpson of Jazzy B’s food truck.

“You win some, you lose some,” said McAfee. “Of course I want to win everything, but you can’t realistically do that. So you have to keep competing.”

Magnolia’s opens daily at 10 a.m. and one big change to the menu is that breakfast will be served Wednesday through Sunday. The restaurant will be closed on Mondays and Tuesdays. McAfee has made the decision to offer her breakfast items a la carte, in an effort to allow people to try new things.

“It’s the type of cuisine that lends itself to people wanting to share,” said McAfee.

While the red velvet waffles are breakfast mainstays, they’ll be joined by Southern skillets (a cast iron skillet filled with sweet potato hash, Andouille sausage, eggs and gouda cheese) and an apple French toast that is a nod to when McAfee would go apple picking with her dad at Stephenson’s Orchards.

“Everything doesn’t have to be remixed,” said McAfee. “It’s an apple bread with cinnamon, nutmeg, and a little ginger. Then we top it with maple whipped cream, bourbon caramel, and a little pecan.”

Magnolia’s will also serve lunch and dinner. And regulars will be glad to know that their demands for fried chicken have finally been answered.

“Yes, we’re doing fried chicken. So people can stop asking me and worrying about it,” said McAfee. “I know some people think you can’t have a Southern restaurant without fried chicken.”

The fried chicken will be made with buttermilk and given a dunk in a deep fryer. That fryer will also be used for fried shrimp po’boys on a Farm to Market hoagie with cabbage and collard green coleslaw with a tomato on the side.

“I feel like this is my opportunity to say thank you to grandfather and mother. They laid the foundation. I can take some of those old, heavy classics and lighten them up,” said McAfee.