Looking into your genes with a DNA expert 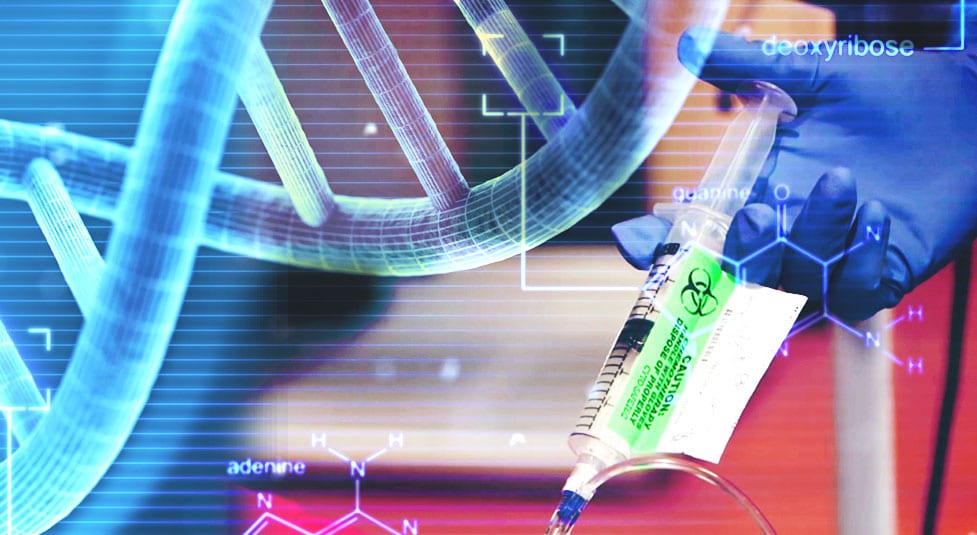 About 10 percent of cancers are considered hereditary. That means some people’s genes put them at a high risk for certain cancers.

Fortunately, there are medical professionals trained to look at patients’ personal and family histories to assess this risk: genetic counselors.

“It’s a trained specialist who is taught to put the pieces of the puzzle together to identify if there might be an increased risk for hereditary and inherited syndromes,” said Lenna Levitch, founder of DNAXPRT (DNA expert) consulting, a genetic counseling company in Kansas City.

“I thought it was interesting,” she said. “I thought it explained so many things, even in my own family history.”

But, she didn’t always want to be genetic counselor. In fact, she didn’t even know the field existed until she was well into her post-graduate work. By coincidence, she ran into her lab partner from honors biology, who told her about the genetic counseling program at Sarah Lawrence College. She hasn’t looked back since.

But after suddenly losing her counseling job at Research Medical Center, Levitch decided to go the entrepreneurial route and start her own company, which she said is an unusual thing to do in the industry.

“Genetic counselors don’t usually view themselves as salespeople,” she said. “Being an entrepreneur is sort of weird because I don’t think other genetic counselors know what to think of you.”

But it’s worked out well for Levitch. DNAXPRT now has four counselors in Kansas City and another office in San Antonio.

Cancer in your genes

Here’s how it works: first, a counselor takes an in-depth look at the patient’s family history. Then, the counselor uses that family history to determine which DNA tests to run.

“The complexities of it are figuring out what’s the best test, what’s going to be the most informative, how much information does the patient want, how much uncertainty can the patient accept,” Levitch said.

Two of the more well-known genetic mutations are BRCA1 (made famous by Angelina Jolie) and BRCA2, both of which dramatically increase a woman’s risk for breast and ovarian cancers. There are also known genes that can increase the risk for prostate cancer, renal cancer, uterine cancer and others.

Once the test results are returned from the laboratory, which usually takes about two weeks, the counselor works with the doctor and patient to devise a treatment strategy. For example, if a patient finds out she has a gene mutation that is likely to cause recurrent breast cancer, she may opt for a more radical surgery.

“For some of these people, that’s all they need to hear to tip the scale,” Levitch said. “Suddenly a lumpectomy is no longer an option for them. They would rather opt for the biggest risk reduction, which might be a mastectomy or even a bilateral mastectomy.”

Dr. Stephanie Graff is a medical oncologist specializing in breast oncology at Research Medical Center and Menorah Medical Center. She works closely with with Levitch and the other DNAXPRT counselors.

She uses it mostly for patients who have already been diagnosed with cancer, but some who haven’t. She said these people are already worried that their family history might put them at risk and want to know for sure. Even though it may seem scary for patients to look into their DNA to see if their genes put them at risk for cancer, Graff said most people just want the information.

“I really haven’t had that many patients that find it scary because, in my setting, many of them already have cancer, and cancer is worse than your family history,” she said.

“Living in the dark isn’t going to help you know your risks or make good choices,” she said. “Most people are either really empowered or really relieved to get their results one way or another.”

Graff said that, while genetic counseling is a mainstream practice for oncology, there’s still one hold-up: a lack of certified counselors.

“The problem is that certified genetic counselors are really underrepresented,” she said. “Moms of high school seniors, your children should go into genetic counseling. There’s a huge demand for them.”

John Meyers is the regional vice president of cancer services for HCA Midwest. He said having a genetic counseling company here is an advantage for the region’s patients.

“Companies like this don’t exist everywhere,” he said. “We’re very lucky to have them in Kansas City.”