NCLR takes on Latinos and the digital divide 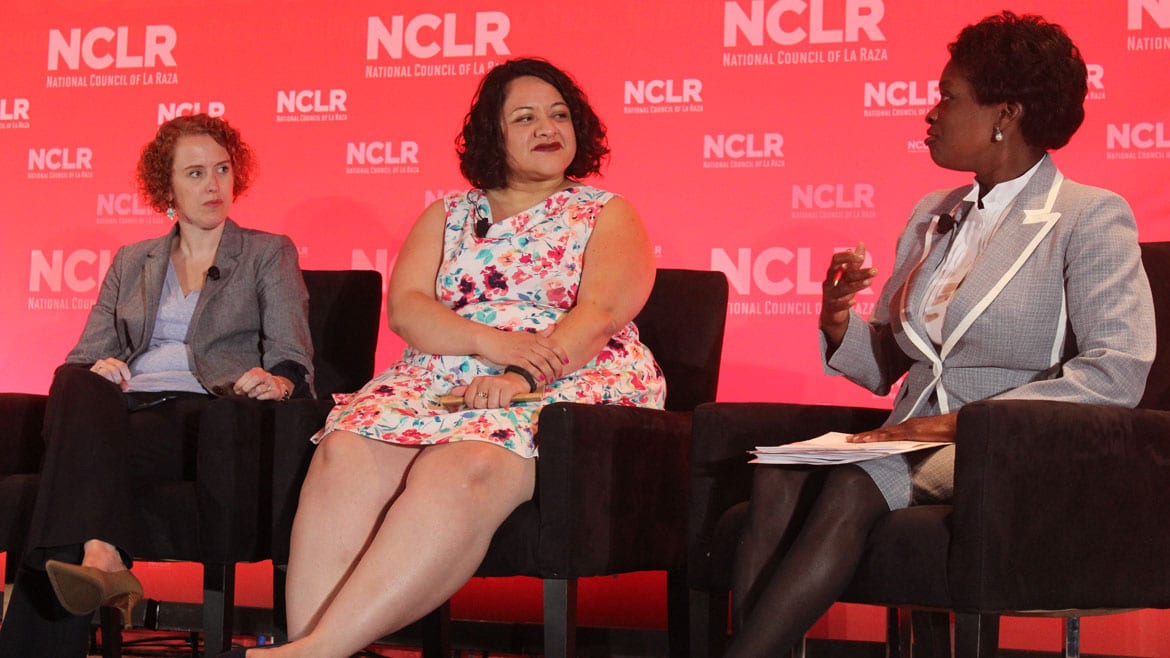 The day before President Obama announced an initiative to expand high-speed broadband access to more families across the country, a panel at the National Council of La Raza Conference in Kansas City was talking about the exact same issue.

The “Opening the Portal of Technology to Latino Families” featured three guest speakers: FCC Commissioner Mignon Clyburn, Jess George, a community impact manager at Google, and Karla Monterroso, vice president of programs at CODE2040, a nonprofit that advocates for blacks and Latinos in tech.

Today – one day after the NCLR session, President Barack Obama announced an initiative called ConnectHome that will expand broadband access to families in public housing in 27 cities, including Kansas City.

Latinos and the digital divide

Although the digital divide is not a new problem, the panel was focused on just what it means for Latino families.

The main idea was that it’s difficult to be a functioning citizen if you don’t have internet access. Things like applying for jobs, using a bank and finding a home require internet access and know-how.

That’s why Clyburn wants to make sure all households have broadband access.

“All Americans should have access to the reality of the internet, not just the promise,” she said.

The Right to technology

For Clyburn and the other panelists, closing the digital divide is about more than just providing internet access— it’s about social justice.

“This is today’s civil rights conversation that we need to have,” Clyburn said.

Clyburn said she wouldn’t come out and say say there’s been technology redlining, which is the practice of denying products or services to people based on where they live, usually low-income minority neighborhoods. But she did say that in some parts of some cities, it “looks like what could be that type of investment.”

Monterroso, the daughter of immigrants from Guatemala and Mexico, shares that concern. She said although technology-based discrimination may be harder to see than discrimination we’ve seen in the past, it still exists and will have an impact.

“It’s not as tangible as the world that we’ve known,” Monterroso said, “but we will be just as disenfranchised as before.”

Monterroso’s organization CODE2040 focuses many of its efforts on entrepreneurs. She said there aren’t enough minorities working in tech startups, and she cited what she said is a “really disturbing statistic,” that very very few of venture-backed companies in Silicon Valley have a black or Latino founder.

For Monterroso, the key to getting more minorities involved in tech is STEM (science, technology, engineering and math) education. CODE2040 offers a fellows program for college-level computer science students to participate in an internship program at tech companies in San Francisco.