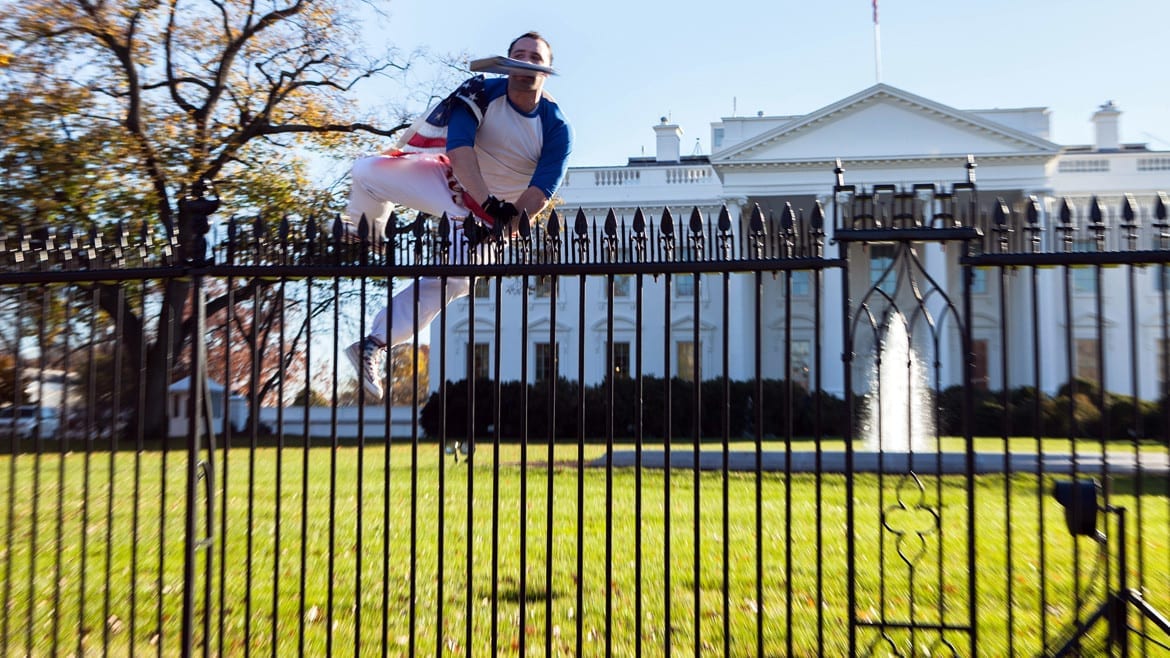 Fence jumper! On Thanksgiving, a man jumped a fence at the White House, effectively putting the Obama family meal on lockdown. The man was immediately apprehended and taken into custody pending criminal charges, the Secret Service said. (Photo: Vanessa Pena via AP)
Share this story

Turkish President Recep Tayyip Erdogan said that Turkey will not apologize for downing a Russian fighter jet near the Syrian border. Let’s hope nothing comes of the incident. It would be a shame to see anything threaten the stability of the Middle East.

In what has become a great American holiday tradition, fights broke out across the country over Black Friday sales. Because, you know, Christmas.

Donald Trump had a long week. He seemed to suggest that, as president, he might create a database to register American Muslims. He also said that a protester at one of his rallies could have deserved to be “roughed up.” It’s enough to make you long for the days when Trump only talked about non-controversial topics. Like deporting 11 million people. Fear not, though. According to the website fivethirtyeight.com, only about 6-8% of Americans would actually vote for the Donald. That’s roughly the same percentage, by the way, of Germans who belonged to the Nazi party. Which is probably just a coincidence.

Proving that Millennials can be offended by anything, a yoga class at the University of Ottawa was canceled. Students protested that the practice was offensive cultural appropriation. Which, frankly, seems like quite a stretch.

A man was taken into custody and charged on Thursday afternoon when he draped himself in an American flag and jumped the fence of the White House. Somewhere Jeb Bush is probably thinking “I knew there was an easier way.”

The biggest viral sensation this week was an app that created a word cloud showing users their most used words on Facebook. The application, from a company called Vonvon, turned out to have a very questionable privacy policy. The end user agreement reads, in part, “We do not share your Personal Information with third parties unless We have received your permission to do so, or given you notice thereof (such as by telling you about it in this Privacy Policy).” In other words, Vonvon is perfectly free to share your personal information with anyone they want. Maybe the “most used” work on Facebook should be “sucker.”

A local man, Bruce Rozenbilt, is one of the New York Times leading online commenters. On Monday, Rozenbilt was named in a Times feature story about the paper’s most prolific and popular online commenters. Since early 2011, he has submitted about 2,360 comments. Rozenbilt, who lives in Waldo, is unmarried and has no children. We’ll let him comment on that.