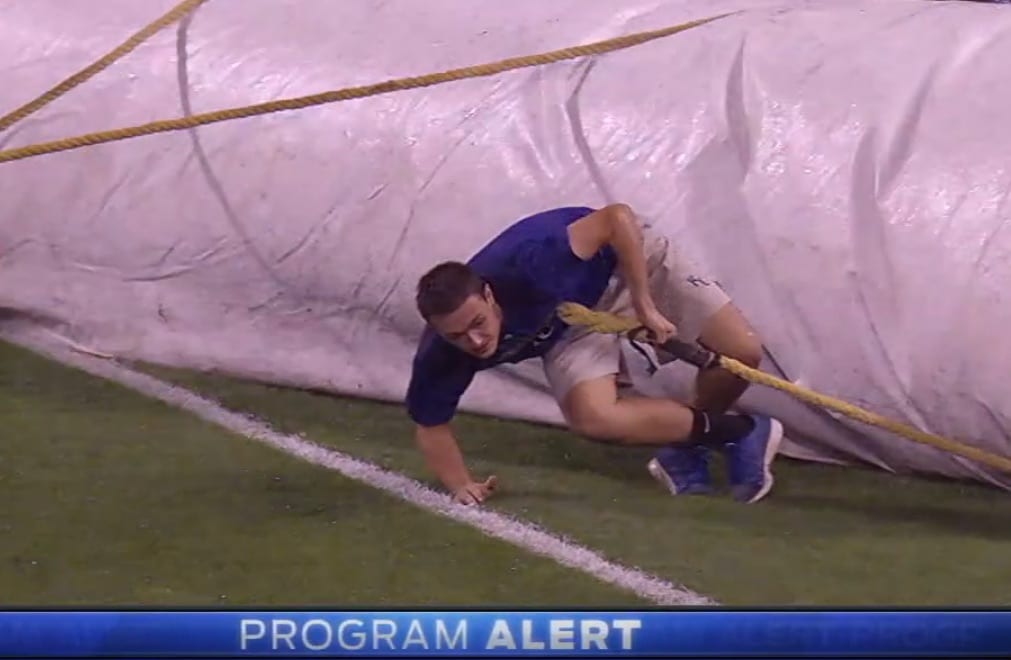 Even ESPN got in on the #tarpkid action. Glad he's okay, though. (Credit: ESPN)
Share this story 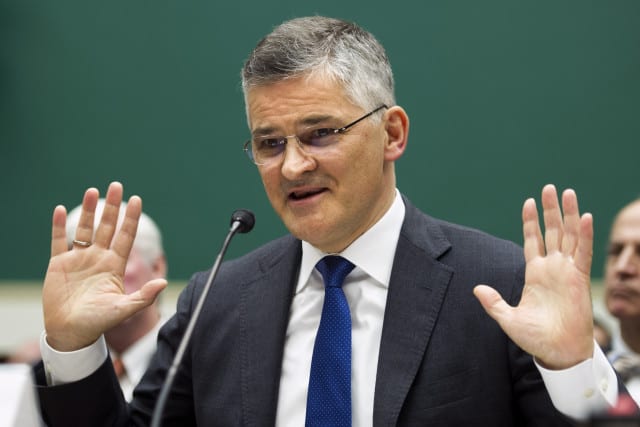 Volkswagen’s chief executive of VW’s US operations, Michael Horn appeared before Congress to apologize for the company’s installation of systems to cheat emissions tests on diesel cars. As it turns out, though, almost everyone does it. Mercedes-Benz, Honda, Mazda and Mitsubishi, Renault, Nissan, Hyundai, Citroen, Fiat, Volvo and Jeep have all been found to pump out significantly more pollution than regulatory tests were showing.

The 2015 Nobel Prize winners were named. Investigative journalist Svetlana Alexievich won the prize for literature. As of this writing, the Nobel committee still refuses to award a prize for best Facebook status update.

A vote to replace the retiring House Speaker John A. Boehner was postponed on Thursday when House Rep. Kevin McCarthy shockingly pulled from the race. An alleged affair between McCarthy, the House Majority Leader, and North Carolina Rep. Renee Ellmers immediately became the source of intense speculation prompting a lot of jokes on Twitter about Olivia Pope.

A Kansas City man, Damian Words, has filed a civil lawsuit accusing an KCMO police officer of battery over a parking violation. See the dashcam video here. Whatever your thoughts may be about the merit of the case, we can all agree that it’s generally a bad idea to park on the sidewalk.

The University of Missouri has received the third-largest academic gift in school history. Richard Kinder, co-founder of the Kinder Morgan, Inc. pipeline energy company, made the $25 million gift through his family foundation. The endowment will fund an institute to study constitutional democracy — a form of government which, according to some reports, still exists.

Cases of shigellosis continue to rise in KC, health officials are reporting. The infectious diarrheal disease has made more than 200 people sick around town. According to the Centers for Disease Control Morbidity and Mortality Weekly Report, a drug-resistant strain of shigellosis has been spreading in the United States. Also, who actually reads the “Morbidity and Mortality Weekly Report,” and how often do they get invited to parties?

CarrBaierCrandall Real Estate Group will manage the Healthy Campus project in downtown Kansas City, Kansas. The $30 million redevelopment in downtown KCK will be anchored by a grocery store and YMCA-run community center. Approximately half the money for the community center will come from revenue generated by the Hollywood Casino, proving that gambling does pay. Kind of. There’s more development across the river in Kansas City, MO. Pickwick Plaza, a once-grand hotel in the 900 block of McGee, will get a $65 million upgrade and be turned into apartments. Affordable apartments at that.

The Chiefs were crushed in Cincinnati. Kicker Cairo Santos set a dubious record in the game by kicking seven field goals. It wasn’t enough to win Santos AFC Special Teams Player of the Week. The Bears are up next for KC.

Thanks to Krisztian Nemeth’s fabulous goal in the 83rd minute, Sporting KC got a 1-0 road win against the Portland Timbers on Saturday night. The victory puts Sporting on the brink of reaching the playoffs with just three games left in the regular season.

The Kansas City Royals lost Game 1 of the ALDS, proving that every fan who spent two months fussing about home field advantage was indeed being ridiculous. This moment, which perfectly summed up the Royals night, instantly gave birth to the hashtag #tarpkid.