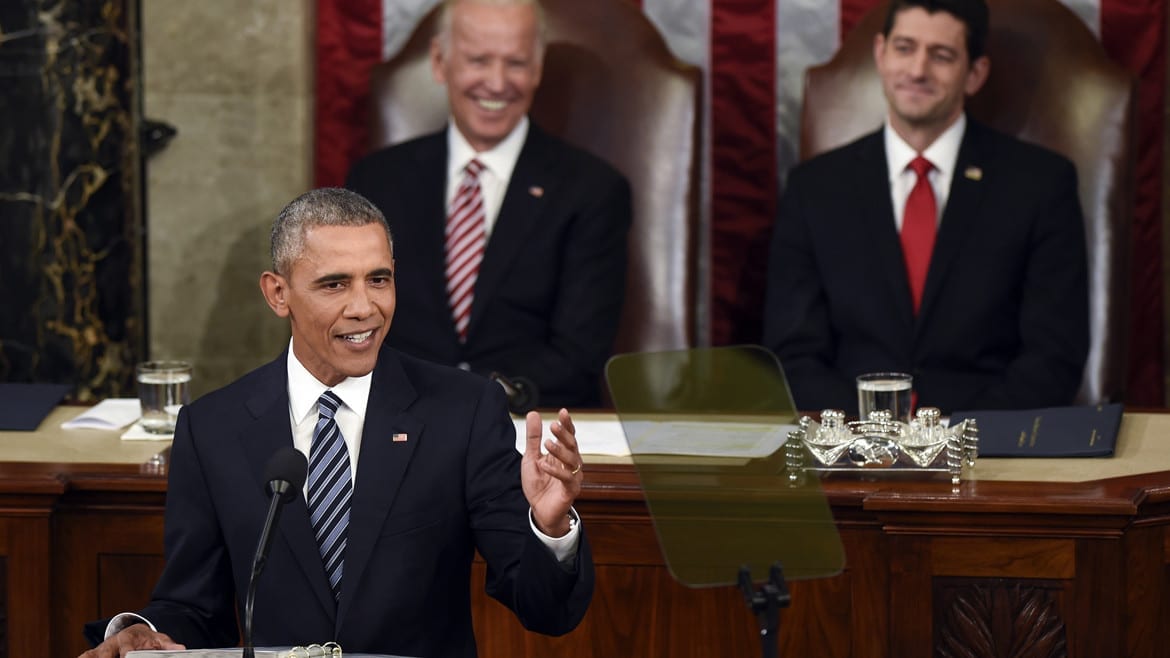 Vice President Joe Biden and House Speaker Paul Ryan of Wis., listen as President Barack Obama gives his State of the Union address to a joint session of Congress on Capitol Hill in Washington on Tuesday. (Photo: Susan Walsh | AP)
Share this story

This week, two small U.S. naval vessels reportedly entered Iranian territory, close to an important Iranian military base. U.S. Navy said the boats “inadvertently drifted” into Iranian waters due to mechanical failures. In other words, we were totally spying on Iran.

Terrorists in Pakistan have begun targeting polio vaccination centers. According to analysts, the radicals view vaccines as a form of government overreach, and an intrusion into their traditional way of life. Jenny McCarthy could not be reached for comment.

President Obama spent much of his final State of the Union calling for greater civility in our political discourse. People in my social media feed spent most of that time either hating on Obama or making fun of Paul Ryan’s face. So, you know, mission accomplished, Mr. President.

The legendary Playboy Mansion is for sale. The asking price is $200 million. Lysol not included.

The Powerball jackpot went over a billion dollars this week, and this meme went viral: 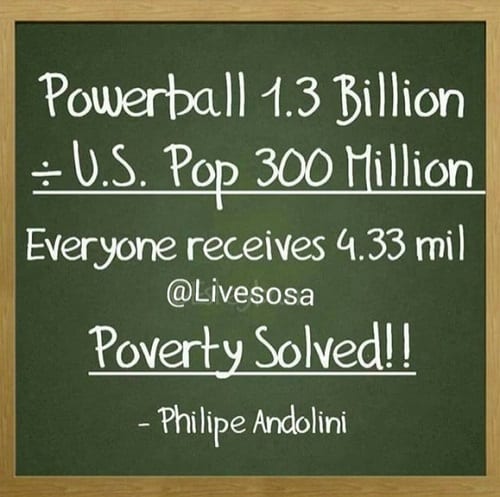 Actually, of course, $1.3 billion divided among 300 million people comes out to $4.33 per person, but why let math get in the way of a good Facebook post?

Over the last year or so, Rolling Stone has put a terrorist on its cover, promoted a fake rape scandal, and now has published a 10,000 word propaganda tract for a murderous drug lord written by a celebrity journalist. If Hunter S. Thompson had a grave, he’d be rolling over in it.

After Penn penned the story that sent El Chapo to the pen again, the star told Charlie Rose that he now considers his piece a failure. He said, “I have a regret that the entire discussion about this article ignores its purpose, which was to try to contribute to this discussion about the policy in the war on drugs.”

Oh, sure. Here’s an excerpt from Penn’s piece: “At this moment, I expel a minor traveler’s flatulence (sorry), and with it, I experience the same chivalry he’d offered when putting Kate to bed, as he pretends not to notice.”

Finally! Some real insight into drug policy. Thanks, Spicoli.

Kansas now has earthquakes. Which seems unfair. That is, unless California agrees to take our tornadoes.

Finally, the NFL’s Rams are leaving St. Louis. Guess the cliché is one letter off. Isn’t the old saying supposed to be “rats will always leave a sinking ship”?