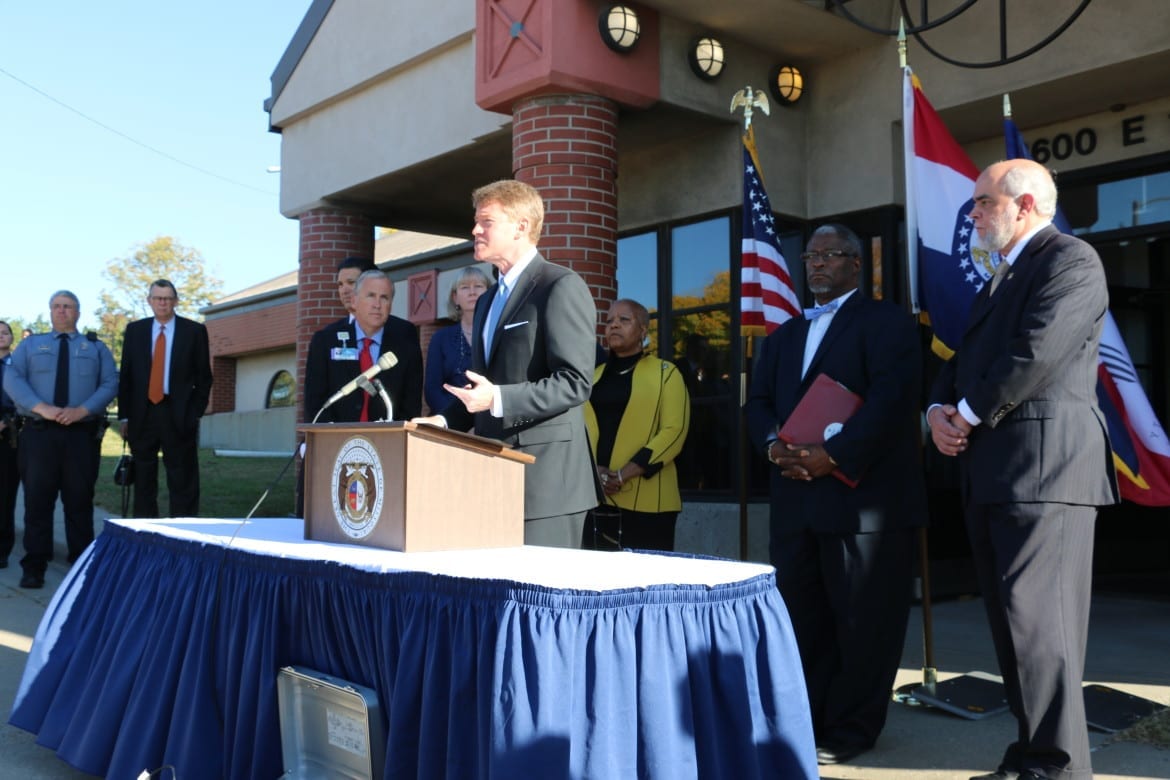 The sale of two Kansas City-area hospitals will generate $20 million in the next decade to help operate a new mental health crisis center on the city’s East Side, Missouri Attorney General Chris Koster said Wednesday.

Koster made the announcement while standing outside the state office building at the corner of 12th Street and Prospect Avenue that will house the 16-bed Kansas City Area Adult Behavioral Health Assessment and Triage Center.

Projections call for the center, which is expected to open Sept. 1, to serve as many as 6,000 patients annually. The aim is to get them sober and stable so they can be referred to other community-based services, if need be.

Under the plan, $2 million will be allocated annually for 10 years. That would pay for two-thirds of the center’s projected annual operating expenses. Supporters say they’re confident local philanthropies and hospitals will pick up the tab for the remainder.

“The people of Kansas City are entitled to see the resources put to use in their own community,” Koster said, referring to proceeds generated by the sale in February of St. Mary’s Hospital in Blue Springs, Missouri, and St. Joseph’s Hospital in south Kansas City to Prime Healthcare Services of Ontario, California.

Non-profit Ascension Health, which owned the hospitals and is the nation’s biggest Catholic health care system, agreed to set aside $20 million from the sale for charitable care after Koster’s office stipulated that the money be used for charitable purposes.

Under Missouri law, non-profit corporations must use the proceeds of any sale for purposes consistent with their charitable intent. The attorney general has the power to enforce the law.

“We couldn’t be more proud of this investment,” said Ascension spokesman Nick Ragone.

Wednesday’s announcement followed more than two years of talks among several parties, including the Kansas City Municipal Court and the Missouri Department of Mental Health (DMH).

Heartland Health Monitor reported the deal last month, but until Wednesday it was unclear whether Ascension would commit its entire $20 million community allocation to the mental health crisis center.

One question that remains unanswered is how much money local hospitals will contribute to the center’s annual operating costs. The hospitals stand to benefit from the new crisis center because it is expected to divert patients from their emergency rooms.

As part of the deal, the state of Missouri will retain ownership of the building and be responsible for outside maintenance.

The city is seeking proposals from organizations interested in operating the center. Councilman Scott Wagner said it would likely cost the city between $1 million and $3.5 million to renovate the building.

The center will give police a central, safe and efficient drop-off point for people they encounter while on patrol.

That is something they lost with the recent closure of Truman Medical Centers’ Behavioral Health Emergency Department, said Kansas City police Sgt. Sean Hess, a member of the department’s Crisis Intervention Team.

The new center, he said, “puts a face back on the mental health (community) for officers.”

Kansas City Municipal Judge Joseph Locascio, a leader in the effort to establish the center, said it “propels Kansas City to the forefront” nationwide in serving people with mental health issues and substance abuse problems.

DMH Director Mark Stringer said the center could serve as a model for the rest of the state.

“This creates a humane alternative to jail for people who don’t belong there,” he said.