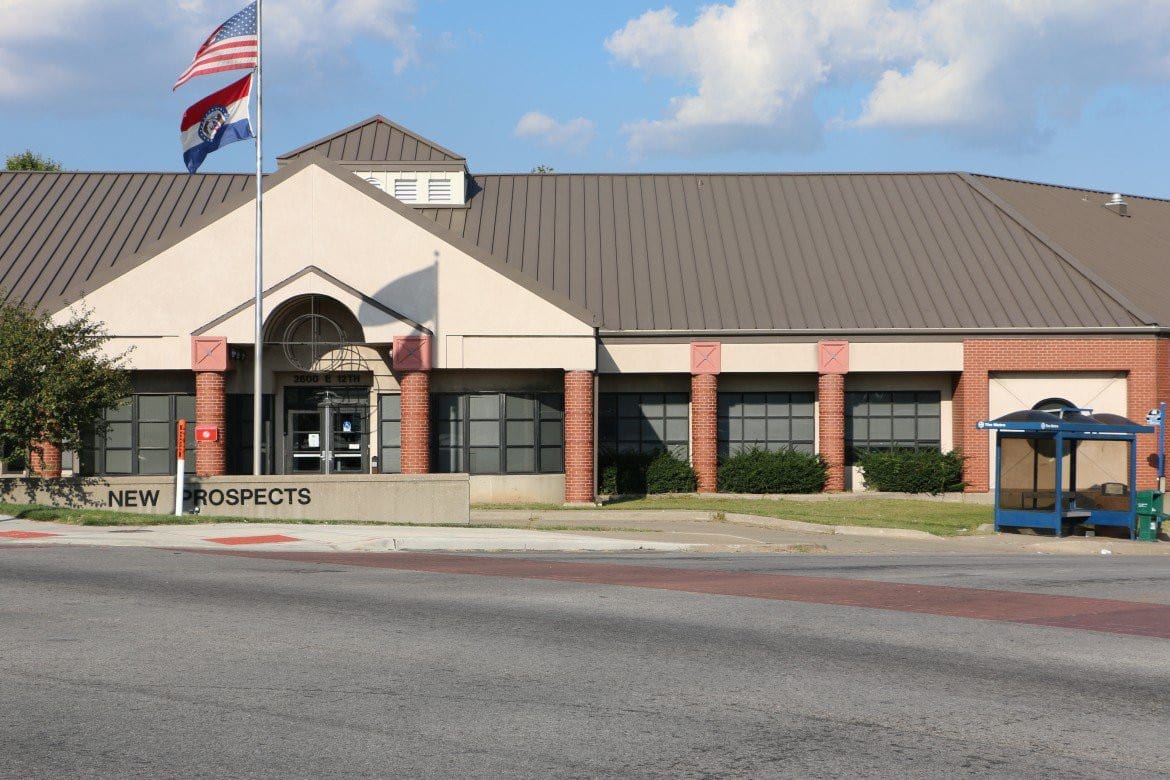 This Missouri state office building at 2600 E. 12th St., in Kansas City, Mo., has emerged as a potential site for a mental health crisis center. Proponents say identification of the site is one of many positive developments seemingly bringing the center closer to reality. (Photo: Mike Sherry | Flatland)
Share this story

After nearly two years of work, proponents of establishing a mental health crisis center in Kansas City’s urban core may be only weeks away from sealing a deal that involves a lot of moving parts.

“You can see the stars aligning,” said Kansas City Councilman Scott Wagner, a member of an informal coalition working since late 2013 to open the facility, which would stabilize individuals so they could be referred for other medical or behavioral health services.

A key goal is to establish a central drop-off point for police and ambulance crews, which would help fill a gap left by the recent closure of Truman Medical Centers’ Behavioral Health Emergency Department on Hospital Hill.

As plans stand now, the facility would open with 16 beds, perhaps as early as Jan. 1. Planners hope to open a satellite facility in eastern Jackson County in the second year.

“What gives me a lot of enthusiasm is that you are no longer having to sell (the idea),” Wagner said. “It has been sold. Now it is really figuring out the business side of it.”

The possibility of money from the charitable care fund has moved planning for the crisis center into overdrive, said Kansas City Municipal Judge Joseph Locascio, the driving force behind the crisis center coalition. The pace has picked up in the past two months, he said.

Wagner and Locascio said crisis-center proponents have made a strong proposal for using some – and perhaps all – of the money from that pot for the mental health treatment center.

A spokeswoman for the attorney general’s office declined to comment on the negotiations. An Ascension spokesman did not respond to follow-up inquiries after saying he would look into providing information from the company.

Locascio is hoping the Ascension fund and contributions from local hospitals could make up a substantial portion of the combined annual operating budget of about $5 million for the main center and a satellite. He’s also hoping local philanthropies will assist with operating support.

Area hospitals have been part of the crisis center discussions for some time, recognizing that the target population represents a cost to them through their use of emergency rooms. Proponents of the crisis center say the proposed facility is more appropriate and more cost effective than treating them in ERs.

Adding to the momentum for the crisis center, according to Locascio, is the apparent willingness of the Missouri Department of Mental Health to fund community-support follow-up services to patients after they are stabilized. Stays at the crisis center are expected to last no longer than 23 hours.

“We are optimistic they are willing to do that, particularly since the Truman Behavioral Health Emergency Department has been closed,” Locascio said in testimony last week before a committee of the Jackson County Legislature, which is considering the request for the $100,000 allocation. “So this is really an opportunity to restructure the way mental health and substance abuse services are delivered in Kansas City.”

In an e-mail, Missouri Department of Mental Health spokeswoman Debra Walker said the department is “fully supportive of this project and agrees that follow-up services for clients leaving the crisis center are extremely important.”

She cautioned, however, that the department’s financial commitment would be subject to legislative appropriation. Past attempts by crisis center proponents to secure state funding for the project have failed.

Similarly, Walker said any use of the building it now occupies at 12th and Prospect would require the permission of the Missouri Office of Administration, which oversees management of state buildings.

According to Wagner, a city architect has inspected the state building. Wagner hopes that $2 million will suffice to renovate the building.