Wrapping up the stories we were obsessed with this week and taking a peek ahead: Sept. Wk 2 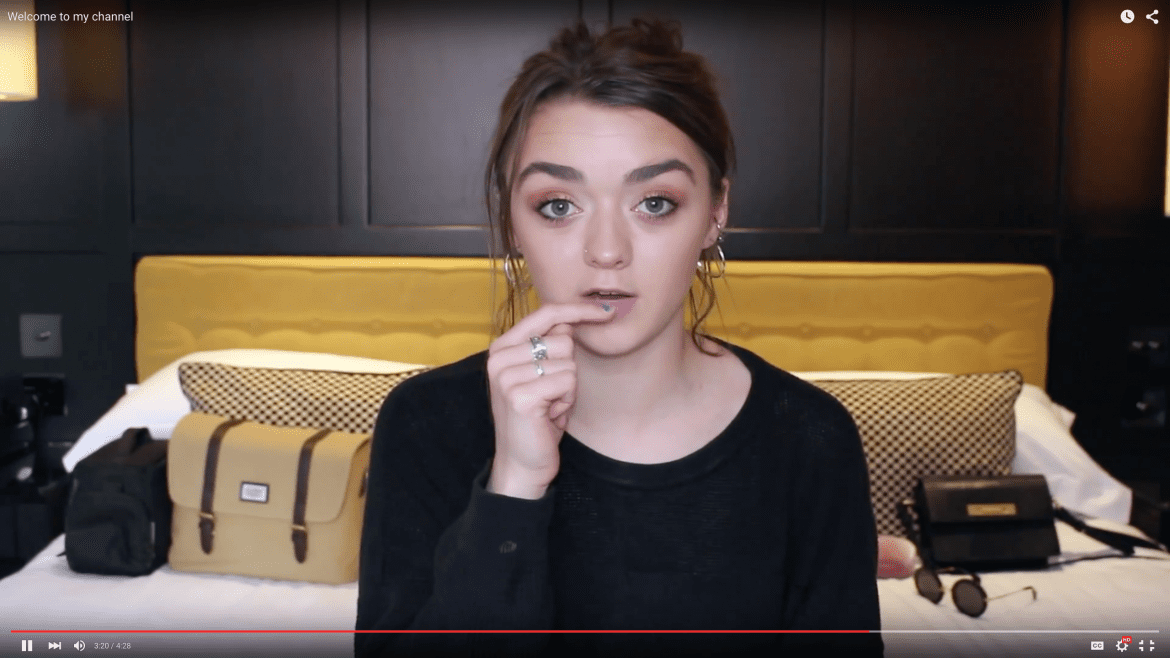 We’re going to let our Game of Thrones geek flag fly here, and tell you that Arya Stark is easily our second favorite character. Mainly because before going to sleep she names off everyone she wants to kill. And who here hasn’t drifted off to dream in the same satisfying manner? The real life Arya, aka Maisie Williams, launched her YouTube channel this week in honor of reaching a million Twitter followers. It’s sweet and non-stabby, unlike her GoT character.

The week was otherwise about royalty – those people and things that rule us. Stephen Colbert made a run for the throne of late night, sliding into the host spot at The Late Show, and made us all want an Oreo. Or seven. Those royal wizards at Apple distracted us from our workday and pulled a few more must-have gadgets out of its wizard hat. iPhones that create instant GIFs? We’ll need two — one for work, one for cats.

And it was LinkedIn – or perhaps every other news site on the planet – that reminded us to congratulate that tough old broad, HRM, the Queen of England, on her work anniversary.  Here’s 8 things to know about Queen Elizabeth, the longest-reigning British monarch and her competition, her great-great grandmother Queen Victoria.

Clicking around on MooseRoots sweeps you into a black hole of census and genealogy information, which sounds super-boring until you pair it with Graphiq’s knowledge graphs and super-clever organization of all that information —Sizzling Last Names That Mean Bacon? Yes please. 30 Totally Amazing Hipster Baby Names? That’s for you, Atticus.

We like any drinky-slash-musical weekend event that starts on a Thursday, which is why the Paris of the Plains Cocktail Festival (POP Fest) is our kind of noise. Then the music continues Saturday at the Crossroads Music Fest, now in its 11th year.  You’ll have to be at least 10 years older than that to get into some of the venues, so check the schedule before going.