A debate between the candidates for the pivotal 3rd Congressional District of Kansas on Friday was a test of wills.

Challenger Amanda Adkins, a Republican, leaned into her experience with Cerner Corp., showcasing herself as a private-sector problem solver who can help rein in government spending, fight for border security and ease the burdens of families struggling with soaring prices and a looming recession. 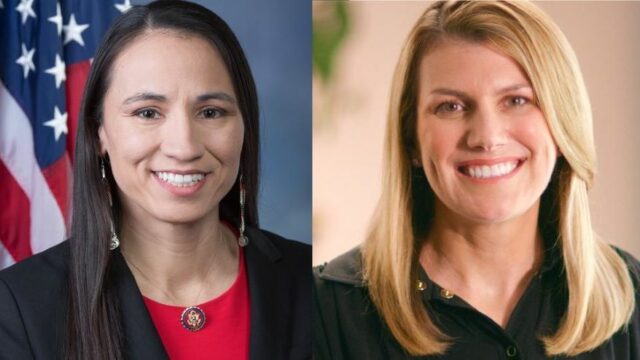 Taking a page from former President Ronald Reagan, Adkins said a central question of her campaign asks voters, “Are you better off today?” The replies, she said, echoed anxiety over rising grocery prices and fears about inflation.

Meanwhile, Davids stressed that voters need to think about who Adkins has aligned herself with, charging that too often it is with the “extremists” within the GOP, people who want a federal abortion ban and those “who call the results of our elections into question.”

“We really can’t trust her on the issues,” Davids said of Adkins, who she also accused of “regurgitating Republican talking points.”

Adkins responded that Davids’ comments were “dishonest and deceptive.”

Adkins repeatedly tagged Davids as being in lockstep with President Joe Biden’s agenda and therefore is at least partially to blame for the state of the economy.

“Have you ever not voted with Joe Biden?” Adkins asked.

Each candidate, like their respective parties, understands that the stakes are high for the district.

It’s not simply about how Kansans are represented. In the upcoming Nov. 8 midterm election, the party of the winner could control the House of Representatives for the next two years.

According to recent campaign filings, Davids has spent about $5.9 million, nearly three times that of Adkins, who has spent $2.2 million.

The match-up between the candidates is a rematch.

But that was before the district was redrawn, a process that occurs after each U.S. Census. The previous lines favored a Democrat being able to hold on to the seat.

Amid accusations of gerrymandering, voters north of Interstate 70 in Wyandotte County, a diverse population, were sliced out. And more rural and presumably conservative-leaning voters from Miami, Franklin and Anderson counties were added to the district.

This isn’t the first time that the nation’s eyes have been drawn to Kansas and its politics during this election cycle.

In August, the nation’s attention focused on the state through the issue of abortion, after the overturning of Roe v. Wade. Kansas was the first state where voters, in a nearly 60/40 split, kept access to the procedure legal in their state.

Abortion came up early in the debate on Friday.

Adkins, echoing previous statements, insisted that she respects the decision that Kansas voters made in August when they affirmed the right to a legal abortion, with limits, in the state.

Adkins said she believes the issue should be decided at the state level, also saying that she is not in favor of a federal ban, which is feared by some if the GOP gains control of the House.

Davids reiterated her pro-choice stand, vowing that she will fight to ensure that “politicians aren’t the ones who are making these decisions for you.”

Turning repeatedly to the economy, Adkins criticized Davids and the Biden administration for the American Rescue Plan, pointing out that many economists worry about deploying so much fiscal stimulus.

Davids insisted that as a child of a single mother, she was well-attuned to the problems of working class families. She reiterated her work with fellow members of Congress on trade deals and her belief in access to education to help fill technical and trade jobs.

Davids used the old-school way of campaigning, going door-to-door to introduce herself to voters when she entered the political scene as a newcomer in 2018. She defeated then-incumbent Kevin Yoder.

After winning the seat, she added cracks to the infamous glass ceilings of Congress too. Davids is openly gay, one of only 11 members of Congress who identify as LGBTQ. She also is Native American, one of only six Indigenous Americans currently serving in Congress. She is a member of the Ho-Chunk Nation.

Adkins is among a record high number of Republican women seeking and often being elected into office in recent years.

Adkins has long been associated with GOP politics, serving as the Kansas Republican Party chair and as an appointee to a children’s cabinet and a mental health task force under the administration of former Kansas Gov. Sam Brownback.

Kansas City PBS hosted the debate in partnership with the Shawnee Mission Post and KCUR 89.3. Nick Haines, host of “Week in Review,” served as moderator, with questions posed by Lisa Rodriguez, news director of KCUR, and Kyle Palmer, editor of the Post. The hour-long debate is part of KCPBS’ “On The Ballot” initiative.

Mary Sanchez is senior reporter for Kansas City PBS. This story is part of ongoing midterm election coverage by members of the KC Media Collective, which includes KCPBS/Flatland and KCUR. 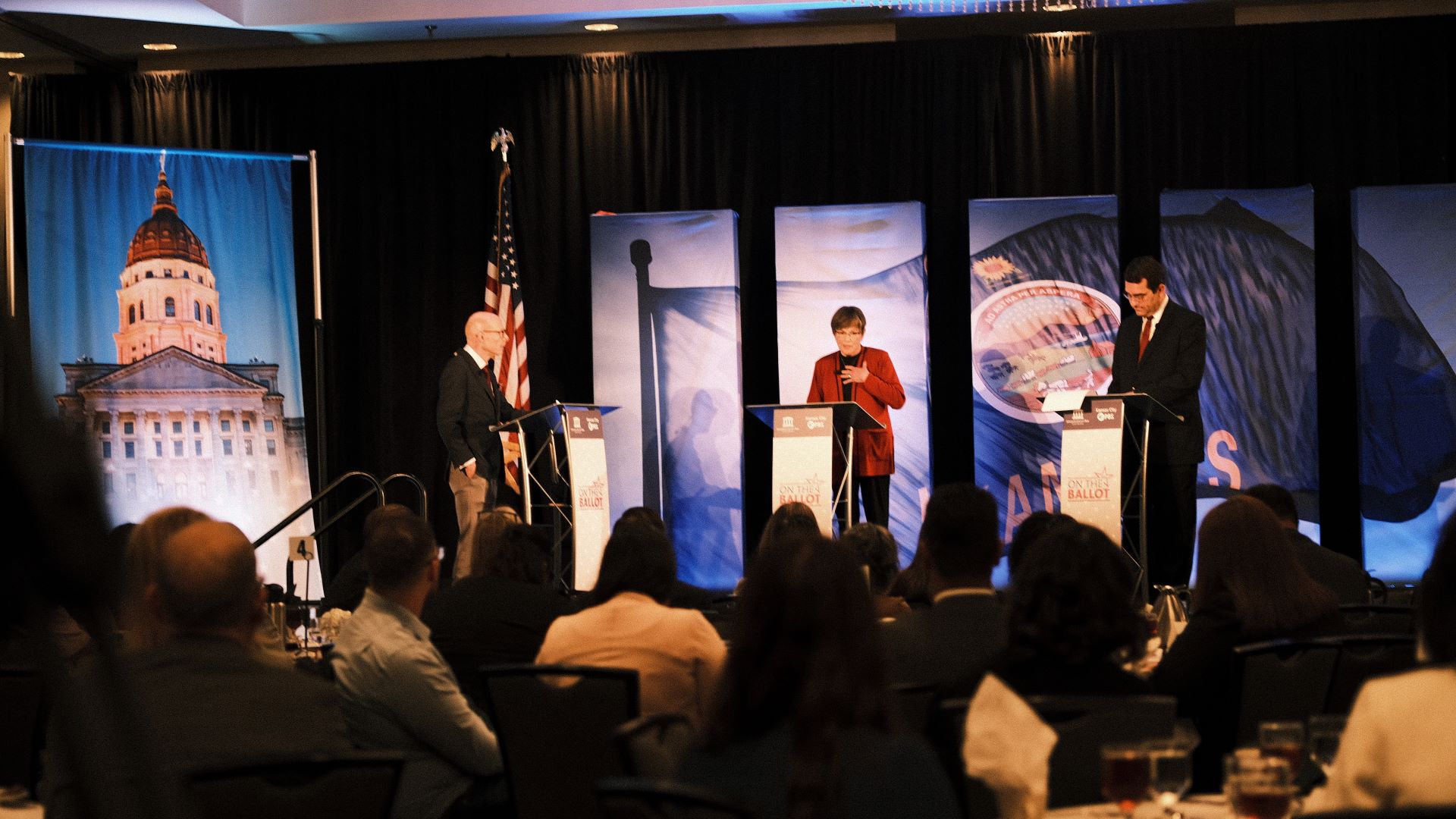