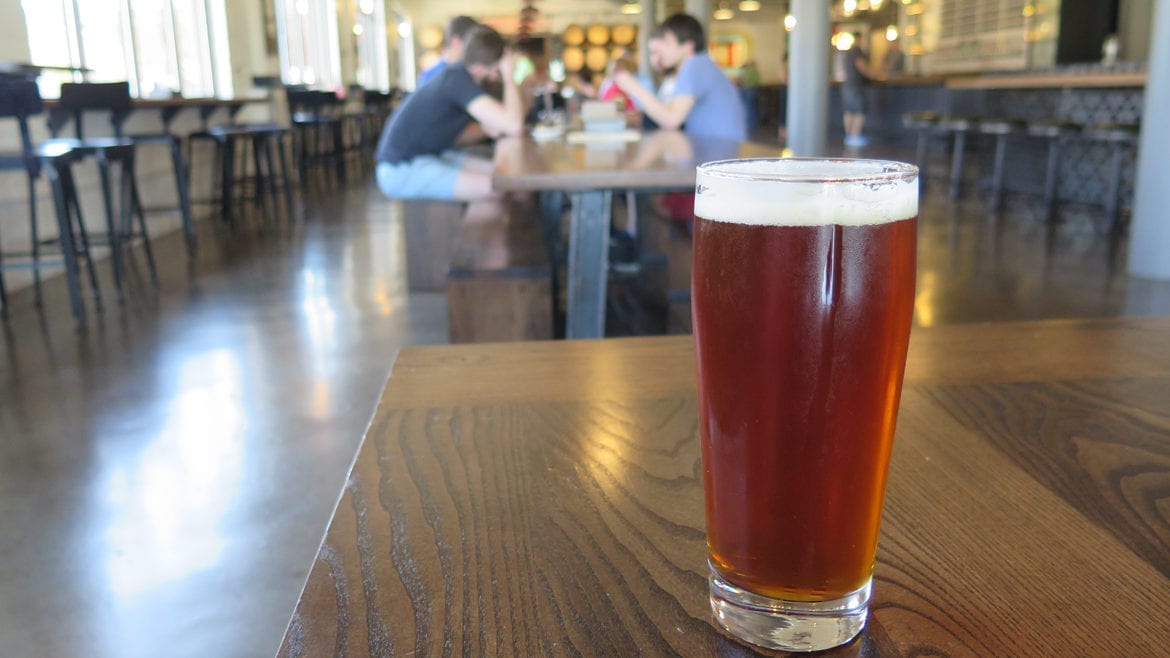 “Sideway fills the low-alcohol void for the all-day drinker,” said Matthew Moore, brewery co-founder and director of operations. “The beer has a smooth, crisp drinkability. The delicate biscuit-like maltiness combined with citrusy American hops balance out this everyday beer.”

Head brewer Nick Vaughn used Pilsner, Vienna and Monastique malts, and Chinook, Cascade and Centennial hops in the brew. The brewery will sell this canned light beer in a 15-pack format.

Martin City Brewing Company’s Quid Feci, a barrel-fermented saison with cherries, comes on tap this week. They will also have a limited release of large-format bottles in liquor stores. Keep an eye out, as well, for limited quantities of Age of Wisdom Belgian IPA 3rd Anniversary Ale, a blend of several different barrel-aged beers, on tap at Martin City. Age of Wisdom is also for sale in the taproom in six-pack cans while supplies last.

Boulevard Brewing Company (2501 Southwest Blvd.) was designated as the ‘Official Craft Beer,’ of the Kansas City Royals. To celebrate, the brewery has created three new Unfiltered Wheat Beer labels. Boulevard fans in Kansas City and the surrounding area will see 12-packs of Unfiltered Wheat Beer bottles with new labels right around the beginning of the baseball season.

Mike’s Wine and Spirits Brookside (21 .W 63rd St.) marks the debut of its tasting room. The kickoff event is a wine sampling by Pinnacle Imports. However, Firestone Walker presents an invite-only tasting of its beers in the room on March 28.

Boulevard dropped a tease of its new Unfiltered Wheat labels ahead of the baseball season. (Boulevard)

From Hathor to Babylonians to Pink Boots Society, women have long made their mark on the brewing world. Enroll in Boulevard Brewing’s third Study Hall, Class Three: Women in Beer, at BLVD Tours & Rec Center (2534 Madison Ave.), and learn about the female influence on fermentation through the ages. Boulevard brewer Megan will be on hand to chat and answer questions. Enjoy a flight during the lesson, which starts at 5:30 p.m.

Kansas City Bier Co. (310 W. 79th St.) hosts the Barks & Biers Adoption Day Fundraiser from 2 to 5 p.m., where dogs are available for adoption in the biergarten. Funds raised benefit The Humane Society of Greater Kansas City (HSGKC). All sales of Winterbock will be donated to HSGKC. Trivia from 1 to 3 p.m. and live music from 3 to 5 p.m. add to the fun.