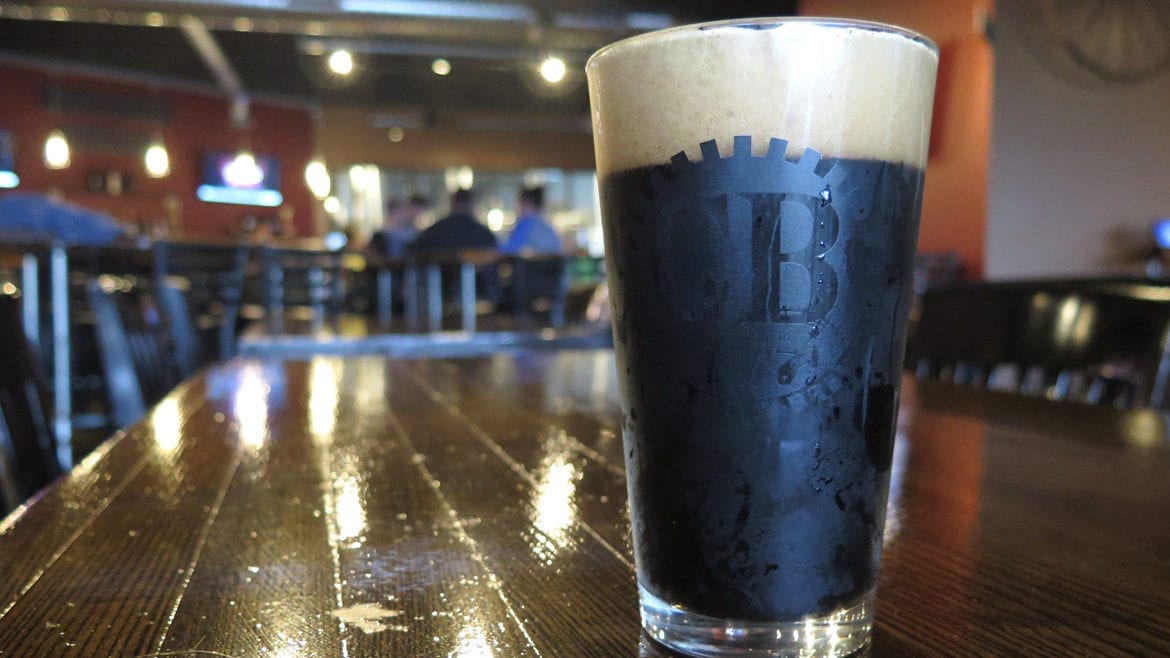 Calibration Brewery's Back to Black IPA is out now. (Pete Dulin I Flatland)
Share this story

Behind the Beer: Calibration Brewery Goes Back to Black IPA

“He hadn’t really had a chance to push the boundaries of the recipe for large-scale brewing,” Stinson said. “Black IPA is a fairly new beer [style] to the world of craft beer. We thought it would be a great way to show off Jack’s brewing chops, have a little fun, and introduce something that you don’t see everyday to our lineup.”

While the brewing process for the beer is fairly straightforward, Owen used an array of hops and malts to achieve a layered and balanced flavor profile.

Based in Chilton, Wisconsin, Briess Malt & Ingredients develops and produces a range of handcrafted specialty malts and malt extracts. Owen also dry-hopped the beer to add another layer of complexity.

“Tettnang is the main aroma hop. The bitterness comes from the Magnum and Chinook hops,” Owen said. “While this beer uses a variety of hops to add complexity, spiciness, and, of course, the signature bitter qualities found in an IPA, it has a nice balance between the truly aromatic hops and the more German lager-style hops.”

This easy-drinking beer derives its color, subtle warmth, and sweet flavor from the trio of roasted malts. Touting 90 IBUs, the beer begins with a hoppy nose and finishes with a smooth balance of bitterness and sweetness.

“The mouthfeel is smooth and light,” Stinson said. “The six-percent ABV puts this beer solidly in the ‘session Black IPA,’ category. So far, this seems to be a hit with our crowd.” 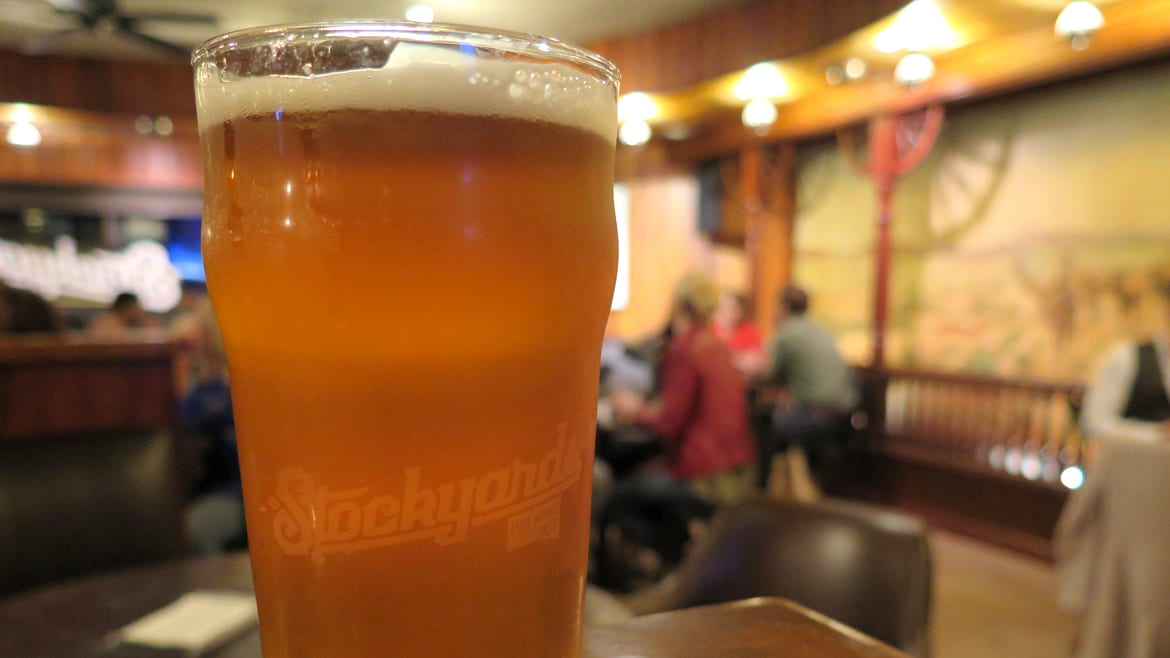 Stockyards Brewing is holding on to summer with a new Mexican lager. (Pete Dulin | Flatland)

KC Wineworks (1829 McGee St.) has just released a new Hopped Apfel — a hoppy cider under its KC Ciderworks label. It’s available by the glass and bottle.

Josh Eans, the chef and co-owner of Happy Gillis (549 Gillis St.), went down to St. Louis to brew another batch of the Preserved Lemon Gose beer that he created in collaboration with 4 Hands Brewing Co. The beer also features herbs from Prairie Birthday Farm. Last year’s brew was a tart interpretation of preserved lemons made with lemon basil, lemon verbena and lemon zest. 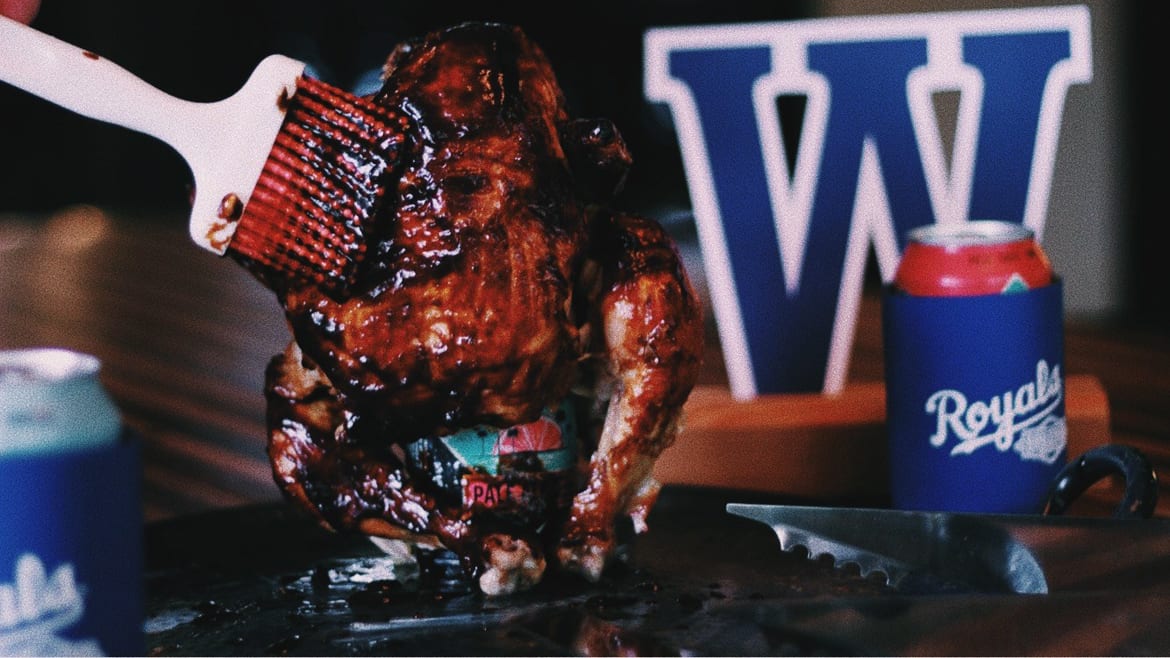 Not all beer-can chickens are created equally. (Courtesy of Boulevard Brewing Company)

Up to a half-dozen styles of Dogfish Head beer will be pouring for a Tap Takeover from 6 to 8 p.m. at Fringe Beerworks (224 SE Douglas St., Lee’s Summit, Missouri).

Learn the basics of kegging homebrew in this discussion, covering hardware and steps, at Grain to Glass (1611 Swift Ave., North Kansas City, Missouri) from 7 to 9:30 p.m.

Boulevard Tours and Rec Center (2534 Madison Ave.) creates a summer classic with Beer-Can Chicken and Baseball. Today, the Kansas City Royals head across the state to play the final game of the I-70 series. Boulevard airs the game and hosts a party from 5:30 p.m. until the game’s finale. First can of beer in a Royals/BLVD koozie is included in the ticket price ($35 per person, 21-plus). Enjoy a barbecue buffet of smoked beer-can chicken and traditional sides. The seventh inning stretch includes an ice cream sandwich collaboration between Dolce Bakery, Glacé Artisan Ice Cream and Boulevard Brewing Company.