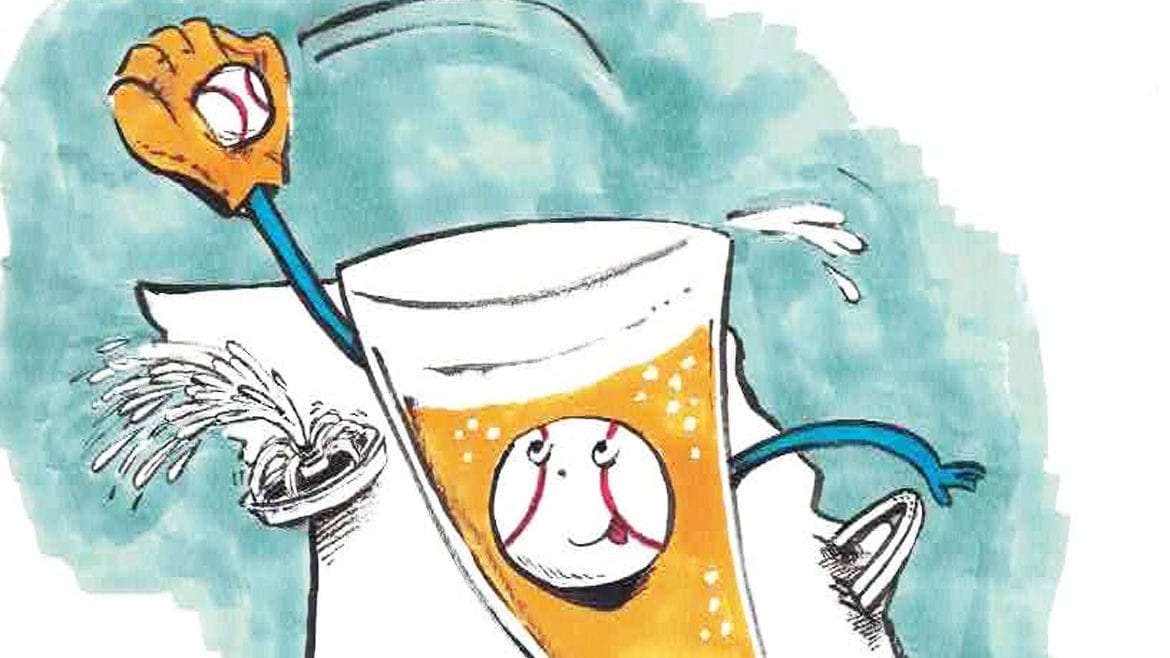 The I-70 Beeries pit St. Louis and Kansas City against each other in a friendly beer-centric competition. (Courtesy Pop-Up Charlie)
Share this story

“In August 2011, a helicopter carrying a group of military service members – many of them Navy SEALs – was downed in Afghanistan,” said Rafi Chaudry, co-owner of Torn Label. “The tragedy is considered the largest single day loss of American lives in the history of Special Operation Forces.”

According to Chaudry, the 30 service members (call sign ‘Extortion 17’), plus one military K9, have come to be known as the “31 Heroes.”

“Two years ago, we were approached by some of the local family members of the 31 Heroes about brewing a beer in their honor. We released the Wheat IPA to commemorate these fallen heroes on the date of the fifth anniversary of the crash,” Chaudry said. “Because we were so overwhelmed and touched by the turnout and response to batch one of 31 Heroes, we have brought it back in 2017 to again commemorate this year’s anniversary.”

The release for 31 Heroes begins at 1 p.m. Saturday, Aug 5. The beer will be available on draft and in 12-ounce-can four-packs at the brewery, as well as in distribution. Limited-edition glassware and T-shirts will also be available for sale.

Once again, a portion of the proceeds from sales of 31 Heroes at the taproom release and in distribution, plus all related merchandise, will go to The Special Operations Warrior Foundation. The foundation provides college scholarships and educational counseling to the surviving children of Special Operations personnel killed in the line of duty.

A new month brings new beers and the return of seasonal favorites to area taprooms and liquor stores. Don’t sweat the heat of August. Oktoberfest is on the horizon.

Free State Brewing Company’s Late Addition SPA (August, limited release, on draft) is a session IPA with citrusy and tropical hop flavors. Award-winning Octoberfest (Available on draft and in bottles in Kansas and Missouri in mid-August) gets an early release. Free State describes the beer as amber-colored with a smooth, complex malt character balanced with a touch of sweetness and floral hop aroma.

Boulevard Brewing Company is set to unveil Tough Kitty Milk Stout (August, available in kegs and six-packs of bottles), which features complex layers of caramel and chocolate malt. Rolled oats and lactose sugar combine for a creamy mouthfeel. Deep black in color, the beer has aromas and flavors of bittersweet chocolate, espresso and toffee. Berliner Weisse (August, available in kegs and six-packs of bottles) is based on the classic German-style sour ale. This thirst-quenching tart Berliner Weisse is light-bodied with soft notes of lactic acidity.

“We consider this to be one of our ‘flagship’ beers since it was one of the first beers we talked about brewing. We all love this beer,” owner Greg Bland said. “Even though it is really only available in our taproom right now, we are planning to have this beer more available on draft around Kansas City very soon, so more people can have a chance to taste it.”

“The rye malt provides a great smooth but spicy character, and the wheat malt really balances out the other strong flavors,” Bland said. “There is a distinct spicy flavor that comes from both the black pepper and rye malt.”

Bland’s recommendations for pairing food with the Farmhouse Ale runs the gamut.

“I love pairing this beer with some strong stinky cheese,” Bland said. “It really shines as an early brunch beer and pairs well with sweet dishes like French toast or cinnamon rolls.”

“Instead of adding raspberries, like usual, we added unoaked grape juice for a quick secondary fermentation,” said Josh Collins, brewer and co-owner of The Big Rip. “We hope the raspberry, plum and some key flavors of a Pinotage will compliment the slight hops.”

For Sculpin Night at Grains & Taps (10 SW Third St., Lee’s Summit, Missouri), the bar will have four Sculpin variants on draft, as well as Ballast Point beers from 6 to 8 p.m.

Grain to Glass (1611 Swift St., North Kansas City, Missouri) teaches a class ($40, 7-9 p.m.) on beer flavor identification. Learn to identify 10 flavors and what makes them. Grain to Glass will also accept entries for its Fifth Annual Belgian and Sour Competition from Aug. 1st through Sept. 3rd.

The Lawrence Brewers Guild hosts a Hoppy Hour from 4:30 to 6:30 p.m. and its monthly meeting at The Free State Brewing Company (636 Massachusetts St., Lawrence, Kansas). The event is open to LBG members and the public.

Flaunt your trivia smarts in the Hop Quiz brought to you by Boulevard Brewing Tours and Rec Center (2534 Madison). Trivia covers general topics, pop culture, and beer knowledge. Sign up ($9 advance, $10 door) and receive two draft beers of your choice. Trivia runs from 6 to 8 p.m.

Howard’s Grocery, Cafe and Catering (1708 Oak St.) hosts the I-70 Beeries, a beer-related take on the classic 1985 I-70 World Series between the Kansas City Royals and St. Louis Cardinals. Breweries from both cities go head-to-head in a nine-inning round of blind tasting. The crowd votes for winners in each round. Torn Label Brewing Company, Urban Chestnut Brewing Company, Boulevard Brewing, Crane Brewing, 4 Hands Brewing Company and Schlafly Beer will compete. Tickets ($70) include nine rounds of tasting, a custom Charlie Hustle T-shirt, and baseball-themed food by Howard’s.

Burgers and beer are the focus of the Steer and Beer Fest at the Waldo Pavilion (7421 Broadway St.). Guests may sample and vote for their favorite burger. Meanwhile, sample more than 100 beers from Crane Brewing Company, Martin City Brewing Company, Mother’s Brewing Company, New Holland Brewing Co., Stiegl, and other breweries. General admission and VIP tickets include a commemorative Steer & Beer tasting glass.

Cinder Block Brewery, COOP Ale Works, and Bier Station (120 E. Gregory Blvd.) team up for a Camp Quality Fundraiser with the Kansas City Chiefs Ambassadors. Camp Quality provides free camping experiences and year-round support programs for children with cancer and their families. Chiefs Ambassadors will be on hand between 2 to 4 p.m. Cinder Block, COOP, and Camp Quality will have gift packages available for a silent auction starting at 11 a.m. Bidding will end at 4 p.m. All sales from F5, Spare Rib, Northtown Native, and Block IPA will be donated to Camp Quality.

Rock & Run Brewery and Pub (114 E. Kansas St., Liberty, Missouri) hosts an Eat and Educate fundraiser, where 10 percent of all food sales will be donated to the Liberty Community Scholarship Fund.