Have you recovered yet? We’re all a little hungover, emotionally and physically, from winning the World Series. Nevertheless, the weekend approaches. It’s time to get out and about.

Personally, I’m excited for the chance to wear green. Or burgundy. Or almost any color other than blue, really. Don’t get me wrong, I’m a massive Royals fan. But I’m also an autumn.

On the subject of the prettiest season, there’s no excuse not to enjoy First Friday. A win-energized city, plus unusually mild weather, will make it a great one. Then, after you’ve warmed up with a gallery walk, we have a few more ways to fill your weekend.

The Midwest Music Foundation is an exemplary organization, raising money for musicians in need. This year the group’s annual fundraiser, Apocalypse Meow, is spread over two nights and two venues. Friday night’s bill at recordBar includes bluesy rock from Chris Meck & The Guilty Birds, with the weirdo glam punk of Drop A Grand. Sunday’s bill at Knuckleheads is an absolute killer, with rock from Noise FM, Me Like Bees, Yes You Are, and Federation of Horsepower, among others. Grab tickets here. Now.

A whole different benefit vibe will be at the Kaufman Center on Friday night. Crescendo, the annual fundraiser for the UMKC Conservatory of Dance and Music, begins with a patron reception and cocktail party at 6pm. That’s followed by a 60-minute showcase concert in Helzberg Hall, featuring more than 250 students and faculty performing.

Urban Bush Women, the Brooklyn-based dance troupe, is a huge deal. The nonprofit dance company, founded in 1984, explores the cultural influences of the African Diaspora with a delightful blizzard of movement. In 2006, the National Endowment of the Arts even recognized one of their works as an American Masterpiece. You can see and hear these American masters for yourself this Saturday night in Yardley Hall on the campus of JCCC. 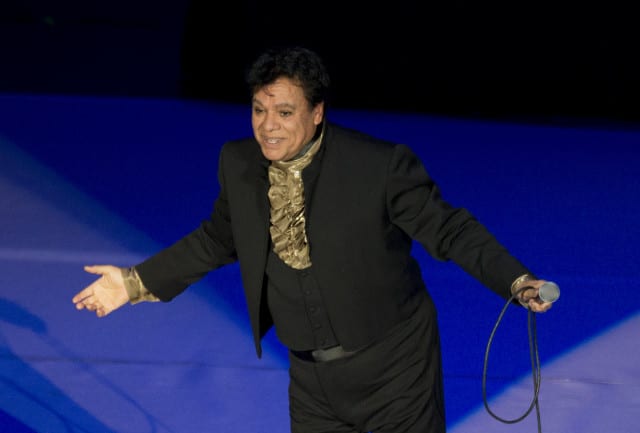 Juan Gabriel is one of the most famous people you might never have heard of. Gabriel, a Latin mega-star, has been performing for more than 45 years, with an astonishing 100 million albums sold. His lush, flamboyant Spanish-language performance on Friday night at Sprint Center will be a celebration of styles, from pop to bolero and mariachi, including more than 50 musicians and dancers on stage.

Speaking of lush, the Lyric Opera is on stage this weekend, performing Dvorák’s Rusalka at the Kauffman Center on Saturday night. Little known fact: Rusalka and Disney’s The Little Mermaid are based on the same Hans Christian Andersen tale. But, you know, Rusalka is opera… so this version is in sung in Czech.

If you want a more modern sound, sung in English, get to The Midland on Sunday night. Electronic rocker AWOLNATION creates impressive power pop that sometimes verges into anthem. The opening act Meg Meyers whispers, warbles, and roars with a passion and power that belies her pixie-model looks.

There’s great comedy around this weekend, near and far. John Amos is famous for his role on the 1970’s classic TV show Good Times. Or maybe you know him from film work in “Coming to America” and “Die Hard 2.” But you might not know that he played for the Kansas City Chiefs. Amos appears all weekend at Standford’s Comedy Club in nearby Overland Park. Seeing Lewis Black, however, is a little longer drive. The Angriest Man in Comedy appears Friday night, but the show is two hours west of KC, at the Stiefel Theatre in Salina, KS.

Belly up. There are two big beer events this weekend. From 11am to 6pm, the Pitch’s Crafts & Drafts festival will fill the parking lots next to the Uptown Theater. This free event brings together more than 95 makers and craftspeople and offers more than 20 craft beers for sale. If you still haven’t had your fill, walk to Westport for BeerKC’s 5th Annual Strong Ale Beer Festival. They’ll offer more than 70 brews from 30 craft breweries around the United States and overseas. Tickets are $40 in advance and $50 at the gate, so come ready to guzzle.