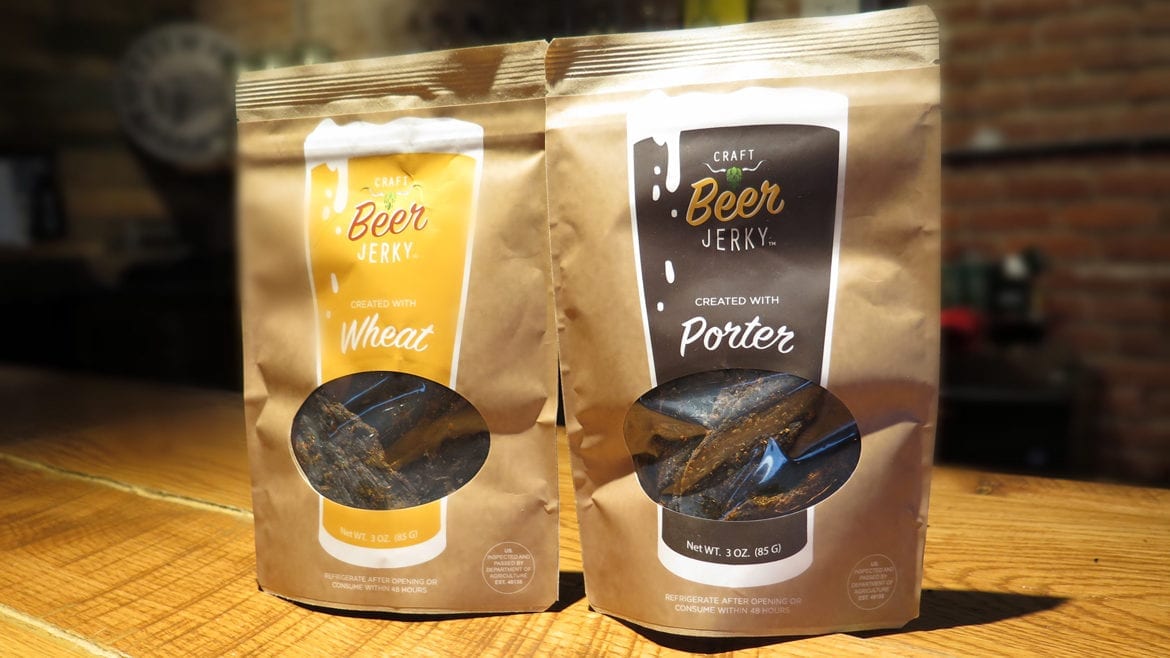 It sounds like an idea hatched over a few beers. Or perhaps, an idea that just needed the right beer. Craft Beer Jerky, which debuts this weekend at the Festival of the Lost Township in Raytown, is a new product putting a twist on the classic combination of salty foods and a beer.

Friends Danny Keuser, an employee at Cinder Block Brewery, and Chase Schaffter of Back Rack BBQ and Catering, both love craft beer and especially jerky. After kicking around ideas for developing a food product, the idea of making beef jerky using local craft beer as an ingredient seemed like a no-brainer to them.

“We both like jerky and started playing with recipes and different beers,” Kueser said.

What Kueser and Schaffter, who is a cousin to Cinder Block Brewery owner Bryce Schaffter, didn’t know is that this would be a year-long odyssey to find the right mix of ingredients. Hoppy IPAs proved to be too bitter. But Kueser’s knowledge of craft beer and Schaffter’s experience with barbecue rubs and seasonings helped them hone in on the ideal flavoring. Recently, they perfected recipes for Craft Beer Jerky and began working with local food manufacturer Flavor Trade to bring the meat-and-beer-based snack to market. 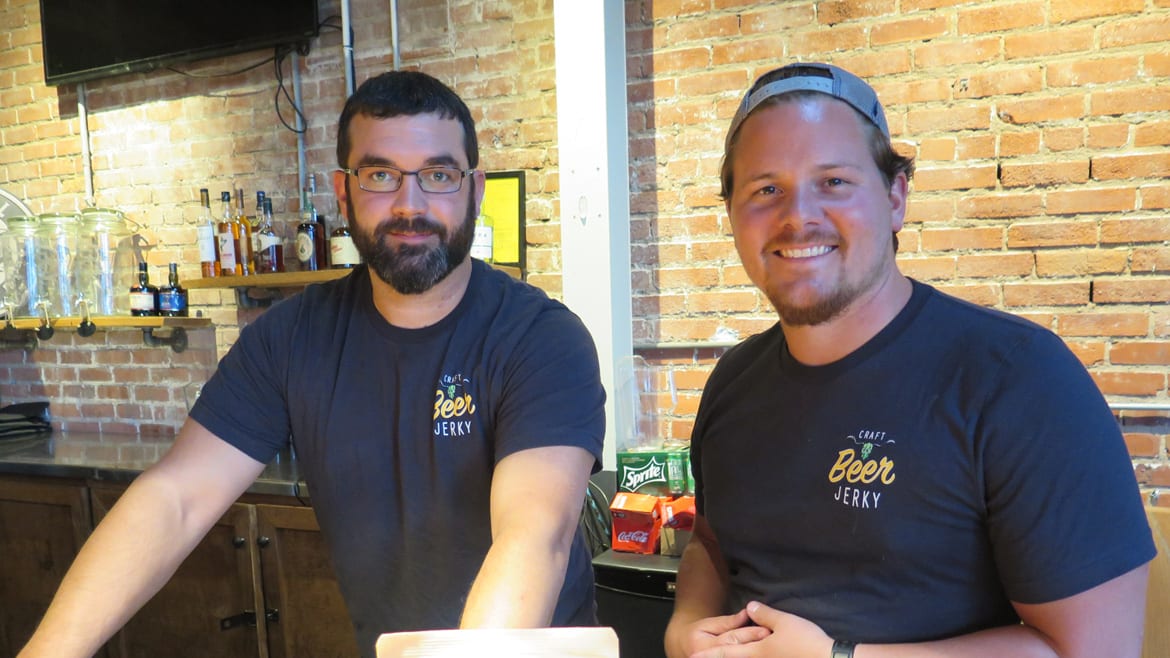 The duo use Black Angus beef bottom round sourced from Midwest ranches. The beef is shaved, marinated with beer, and dusted with seasonings.

“We marinate the beef for up to 24 hours and add the seasoning,” Schaffter said. “We put the beef in a dehydrator and mist the meat multiple times with beer.”

Flavor Trade worked with Kueser and Schaffter to refine the home version of the beer jerky recipe and scale up production. The dehydration process involves five stages over a four-hour period. Once complete, the final product is bagged for distribution.

Currently, they have versions that use a wheat beer and porter beer. Schaffter wants to make it clear that that the jerky doesn’t taste like beer, but the beverage complements the seasonings used. The wheat beer jerky is sweet, while the porter beer jerky is bold and spicy. The partners are experimenting with other beer styles for future jerky products.

Beef jerky has become a hot snack food in the past year or so, perhaps because the high-protein snack appeals to the Paleo diet lifestyle. With Craft Beer Jerky, Kueser and Schaffter have purposely developed flavors using beer and seasonings that set their product apart from commonly found jerky flavors such as teriyaki and black pepper.

“We’re not jerky guys using beer,” said Kueser. “We know craft beer and are applying that knowledge to making jerky by using beer as an ingredient.”

In the spirit of collaboration common among breweries, Kueser and Schaffter plan to develop specific jerky flavors using beer from local breweries. These variations could be co-branded for sale at the brewery.

“Hopefully, people will see the benefits of collaboration,” said Kueser.