Above image credit: Black women everywhere are starting to embrace softness and luxury in their everyday lives. Let's take a look at the roots of this movement and its Kansas City ties. (Tachina Lee | Unsplash)
Sponsor Message Become a Flatland sponsor

Cia Michelle stood resolute on stage, boldly declaring “here lies the body of a strong Black girl” next to an empty casket. The audience watching the unorthodox musical responded as instructed, with a resounding “may she rest in peace.”

When Michelle performed this musical take on a funeral for the “strong Black girl” at Kansas City’s Fringe Fest, she had no idea that she was on the leading edge of a nationwide movement – one you might have seen on TikTok in the summer of 2022.

Many Black women are ditching the expectations of the “strong Black woman” stereotype and tapping into the soft lifestyle that other races have had greater access to for decades. The tag #blackgirlluxury has about 2 billion views on TikTok, and the numbers grow every day.

“We’ve evolved,” Michelle said with a laugh. “We have reached our peak survival of the fittest. We have conquered everything that you’ve put in front of us. We’re still standing, and now what we want to do is rest.”

She is far from alone in these sentiments, as more and more young Black women decide that being “strong” isn’t all that it’s cracked up to be. The expectations of perfection, unyielding strength, caretaking and total independence are simply too much. Many are tired of generations of hardship and want to trade it in for happiness, luxury, beauty and ease.

But is this movement truly new? A look into Kansas City’s history might show that the women pioneering this movement are standing on the shoulders of Black women who have been fighting for decades to just simply be.

To understand how the idea of the “soft Black girl” has evolved, consider Kansas City’s original proprietor of Black girl luxury – Sarah Rector.

Sarah Rector may be one of the most iconic and misunderstood women in Kansas City’s history. Her “rags to riches” story has fascinated and delighted for a century, but her family still says that most people don’t understand who the real Sarah was.

“She was a very strong, loving woman,” said Sarah Campbell, Rector’s granddaughter and namesake. “And it’s depending upon who’s telling the story, she didn’t really allow people to see that side of her.”

In 1913, 11-year-old Sarah Rector became unthinkably wealthy practically overnight when oil was struck on her allotment of tribal land in Muskogee, Oklahoma.

When she turned 18 and gained access to her money, she moved to Kansas City and lived a lavish lifestyle of expensive parties in her mansion, celebrity house guests and the finest things life could offer.

According to Campbell, Kansas City’s department stores at the time wouldn’t allow Black customers. But if Sarah was in the mood to shop, they would shut down the store so she could come in and buy whatever she pleased.

“And she also loved cars,” Campbell said. “Her husband, Kenneth Campbell, was one of the first Black auto dealerships. So she had a silver-plated Cadillac that she had a chauffeur for. And he would go around the neighborhood and they would pick up kids that were going to school and drop them off.”

These kinds of sensational stories are what have cycled through the media for years, and according to Campbell, have created a simplistic view of Rector.

The grandmother that Campbell knew certainly was wealthy, but she was also a present matriarch who cherished her family and loved getting her hands dirty on her farm in Kansas City, Kansas. The “richest Black girl in America” wrung chicken’s necks, milked cows and helped her kids with their homework.

But this side of her wasn’t portrayed by the white media outlets of the 1920s and 1930s. From the gentle age of 11, Rector had to contend with people who didn’t think that a Black girl should be allowed this lifestyle, people who wanted a piece of the pie for themselves and many people who were both.

“I actually went to listen to someone speak about her and they said that if you want to know how to spend your money or how to live that wealthy lifestyle, don’t follow Sarah Rector, which was so hurtful,” Campbell said.

To this day, writers and historians lean on tales of arrogance, selfishness and poor money management when referring to Rector.

Campbell said that her grandmother had a “Do you know who I am?” attitude. But she refuses to look at that as a negative.

“I’m never going to apologize for Sarah and the person that she was because she earned the right to be that person,” Campbell said. “She was a strong Black woman who said: ‘I am here. This is how I’m going to live my life and I don’t care who has something to say about it.’ And I just absolutely love that part of her, that determination to not settle and not conform to what society said she needed to be.”

It could be argued that Sarah Rector’s unapologetically luxurious lifestyle helped pave the way for the late 1980s and 1990s, when the foundation of the modern soft Black girl movement was laid. At this time, a new archetype emerged on television.

This golden era of Black television gave us Whitley Gilbert from “A Different World,” Hilary Banks in “The Fresh Prince of Bel Air,” Toni Childs from “Girlfriends,” Regine Hunter from “Living Single” and more.

Small screens saw an avalanche of representation for Black women who were gorgeous and wealthy, but vain and out of touch.  From their never-ending closets and hyper-femininity to their unrepentant “me-first” attitudes, these characters expanded the idea of what a Black woman could be.

Even though many viewers may have been longing for this aesthetic, these characters weren’t always presented as people to aspire to. Along with their luxurious lifestyle came a separation from Black people who weren’t wealthy. The lack of self-awareness that came from their economic status was usually the butt of the joke.

Throughout their respective shows, these characters always had a redemption arc in which they matured and became more down to earth – usually with the help of a working-class friend or love interest.

Many of the women pioneering today’s soft Black girl and Black girl luxury movements grew up watching these shows. Now they’re taking the aspects they like, dropping the ones they don’t, and creating a new way of living that’s catching like wildfire.

There is a key difference between the soft or luxurious Black girl movements of the 1990s and 2020s, and it comes down to inclusivity.

In the ’90s, so much of this new archetype was all about money and being hyper feminine. If you wanted to ditch the chains of the strong Black woman, you were going to have to pay for it.

While the Black girl luxury movement mostly comes down to funds, being a soft Black girl is more than being able to afford a spa, buying new feminine clothes or wearing your hair a certain way – it’s a mindset.

Being a “soft girl” of any race is about embracing help and seeking ease in all aspects of life, whether that’s being a “stay-at-home girlfriend” or someone in corporate America who is “acting their wage” and treating themselves outside of work as much as they please.

For Black women, there are social barriers to putting themselves first or letting their guard down. Michelle put it like this:

“We don’t get the chance to be bare minimum. Everything we do with excellence is because we have to push those boundaries. We have to. And we have to do it with grace or else she’ll be an angry Black woman in this shame in that we can’t just express our feelings.”

During the pandemic, Michelle left corporate America and was forced to slow down and take stock of her life. She reflected on the “strong Black girl” front she had been putting up for so long to prevent being taken advantage of, and it wasn’t serving her anymore.

It was around this time that she conceptualized her musical: a symbolic death of the “strong Black girl” in favor of a softer, gentler and more vulnerable lifestyle. At the bottom of the casket on stage was a mirror.

“The old person that we were, we’re looking in the reflection, we can still see the same person, but on the inside we’re different,” she said. “We’ve evolved, we’re here, we’re ready to conquer the world with our softness, not with all the extra baggage that comes along with being a strong Black girl and all those preconceived notions that people put on us.” 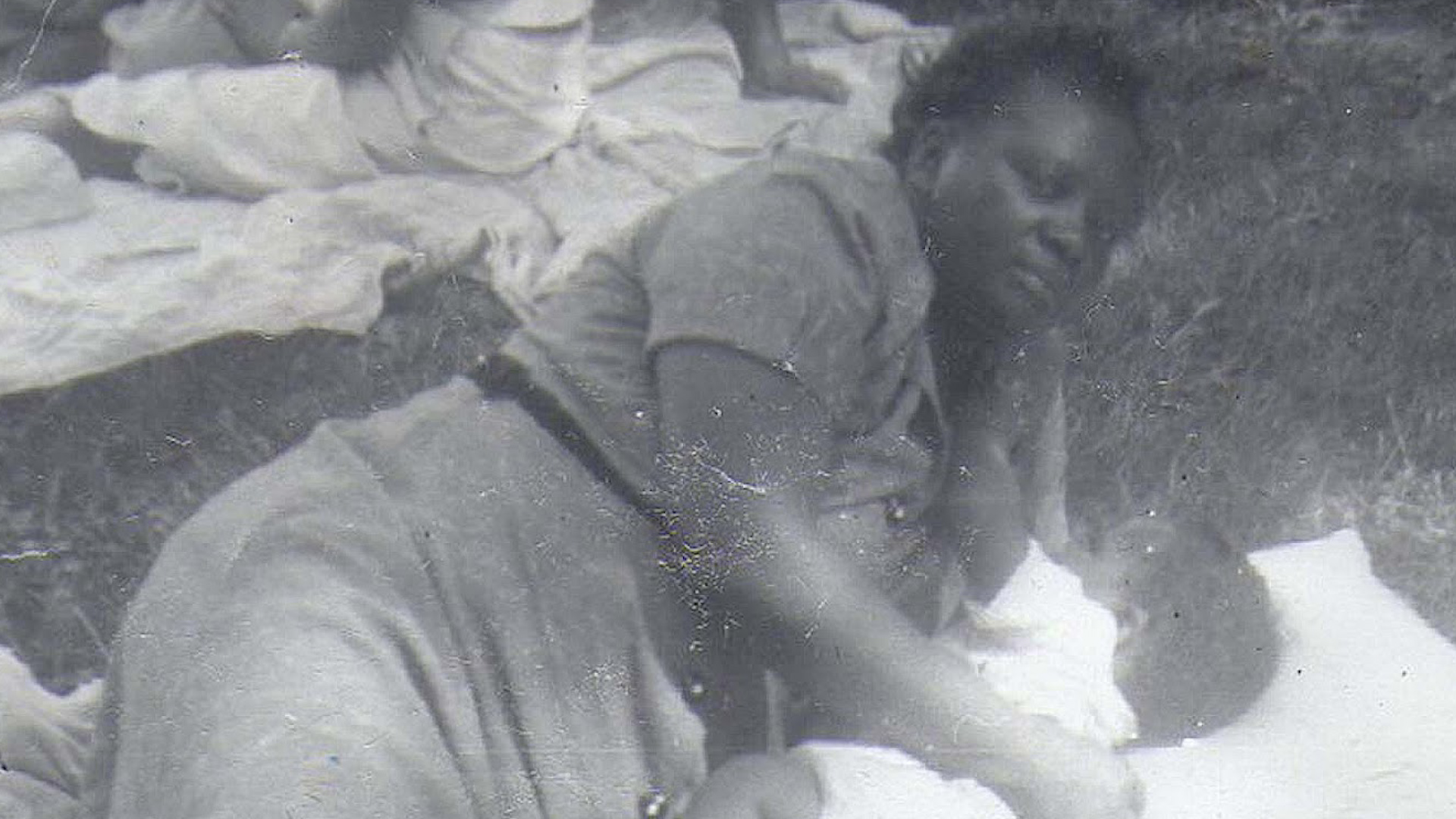 curiousKC: The Forgotten Life and Wealth of Sarah Rector curiousKC sifts through Sarah Rector’s mysterious past to learn why she became known as the “richest black girl in Missouri.”