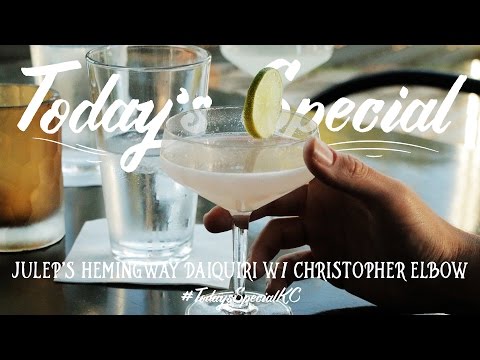 Editor’s Note: This story has been updated with video. For the entire “Today’s Special” series and other digital productions, follow Flatland’s YouTube channel.

When Oddly Correct arrived on the coffee landscape five years ago, the independent roaster and coffee shop made a name for itself because of what it would not serve: cream and sugar.

Oddly Correct’s founder Gregory Kolsto didn’t take a militant stance or intend to judge people for how they took their coffee. Instead, he was hoping to awaken those who came to his shop to the nuanced flavors in coffee. He used words like ‘peanut butter and jelly’ to take what might seem exotic and place it in the same context as what somebody had been taking for lunch since elementary school. He also offered a simple guarantee: if you didn’t like the coffee, he’d buy your cup.

Over time, the shop’s stance on cream and sugar became well known. But something unexpected also happened. People stopped asking for cream and sugar. Regulars learned to trust Kolsto’s bean profiling and, just as in the early days when he was at Bad Seed Farmers’ Market in the Crossroads, they started chatting about what it was they were tasting.

Milk eventually snuck into the shop via espresso-based drinks (Kolsto also kept a secret stash for his neighbor). And the coffee menu has likewise expanded to include a signature drink: the Hop!Toddy.

Toddy is a method of cold brewing coffee. Coarsely ground beans are soaked in cold water for between 12 and 24 hours (depending on the shop and brew) in everything from a plastic bucket to a French Press. The liquid is then allowed to drip into a pitcher through a filter to separate it from the coffee grounds. The cold brew produced is less acidic than its hot brethren and shops often tap beans with latent fruit or floral notes for the toddy method.

The Hop!Toddy is currently as close as Oddly Correct gets to flavoring coffee. The cold brew is infused with hops — one of the base ingredients for beer. The resulting brew is non-alcoholic, but evokes the herbal and bright qualities of hops in a pale ale. The espresso blend that’s used for the drink is changed on a seasonal basis and has led to some fun off-shoots like the Orange Blossom Special, which ran this summer and fall: a citrus showcase thanks to orange blossom water paired with beans from Colombia.

The Hop!Toddy is served in a brown bottle wrapped up in a brown paper bag that features letterpress art produced in the roasting facility a few doors down from the café. On a warm morning or in a patch of sunshine, coffee drinkers tip the bottle to their lips and forget that milk and coffee were ever an item.