Back Into the ‘Underground’ 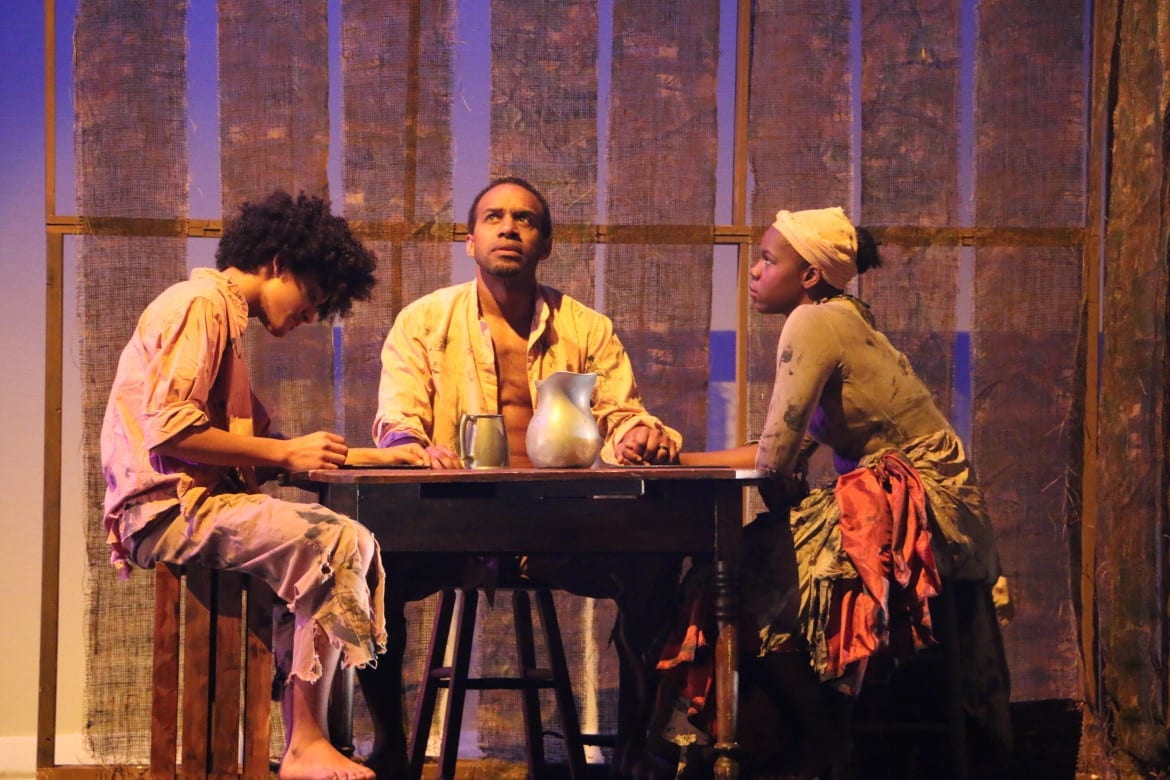 Marc Wayne, center, reprises his role as Jed in Storling Dance Theater's "Underground" at the Kauffman Center for the Performing Arts, now in its ninth year. (Photo: Daniel Boothe | Flatland)
Share this story

During dress rehearsal Wednesday night, co-choreographer Tobin James of Storling Dance Theater’s “Underground” at the Kauffman Center for the Performing Arts struggled to speak. Sick, exhausted, her voice shot, she breathed deep as she watched the final rehearsal from a dark corner offstage.

Twenty rows back in the sixteen hundred seat auditorium, co-choreographer Mona Enna stood alone meticulously taking notes from the center of Helzberg Hall. In the morning the theater would be filled to capacity, but for now Enna stopped the production to give a correction. She, too, could barely speak.

Staging “Underground” for the ninth year together, Enna and James  have worked side by side since the show’s conception, “a collaboration in the truest sense,” said Enna. The two have shared everything over the course of the show’s history, including the exhaustion they found themselves in Wednesday evening.

More than a decade ago, James who is black, and Enna who is white, began to throw around the idea of doing a fully-staged dance production that depicted real accounts of the Underground Railroad, a network of secret routes that were used by enslaved African-Americans in an attempt to escape to free states. Aiding their efforts along the way were sympathetic abolitionists who offered their homes and churches as safe houses.

Throwing themselves into research on the subject, Enna and James began to craft an outline of the show. After four years of storyline and choreography development for the show’s 20-plus scenes, the two constructed what the Kansas City Star would later describe as “one of the most vivid, heartfelt and theatrically astute pieces of dance theater ever to grace a Kansas City stage.”

Now in its ninth year, Storling’s “Underground,” tells the story of three enslaved African-Americans who escape from a plantation. Understanding that death follows them in the form of slave catchers who shoot on site, the three are housed by Christian abolitionists in an attempt to reach Canada. The show is depicted through a blend of ballet and modern dance with fully staged sets, backdrops, and props.

While the show is an amalgam of actual events, it is not a historical account of anyone in particular. James said that during the show’s conception, however, she found it vitally important to tell the story accurately.

“I felt a heavy responsibility for the people who actually lived and experienced this,” James said. “My hope was to represent them in a way that reflected the truth, so the audience could fully understand what these people actually endured.”

Returning to the show this year in the lead role of Jed is Marc Wayne. Having originated the role nine years ago, Wayne says the chance to come back and portray the character became important to him in regards to current racial tensions that have been bubbling up all over the country.

“Just with the climate of everything that is happening with race right now, I just felt this calling to come back and be a part of this again,” Wayne said.

Wayne said for him, the show is about understanding that we are all part of God’s family, and in doing so, we must act accordingly.

“He chose to make us different colors, just like a painter does to make the creation more vibrant,” Wayne said. “So my hope is that with this show, when people see the injustice that was done to a race of people, who were treated like cattle, as less than human, hopefully will make them say, ‘This has to stop,’ because it still hasn’t [stopped] a hundred and fifty years later.”

Enna agrees adding that the show’s true message isn’t necessarily about race, it is about the dangers of not doing anything when others are suffering.

“The show is not about black versus white, but rather, it is about good versus evil,” she said. “When we do nothing, we commit evil. But on the other side of that is the idea that ordinary people can rise up and do extraordinary things.”

The show is set to an original score by Kansas Citian Jay Pfeifer. Notable performances this year are newcomer and UMKC student Nia Towe as Victoria, one of the slaves, Christopher J. Peacock as The Preacher, a role based on Frederick Douglas, the famous African-American Abolitionist, and Hannah Anderson returning as Corrie, an Abolitionist. Also returning as Abolitionists are Alexandra Wilson and Jillian Sivewright, two dancers with the show since the beginning.

“Underground“runs through Saturday night at the Kauffman Center for the Performing Arts in Helzberg Hall.

— Daniel Boothe is a reporter for Kansas City Public Television’s Hale Center for Journalism. To reach him, email dboothe@kcpt.org.