Where Does Our Recycling Go?

You Asked and We Sorted the Answer 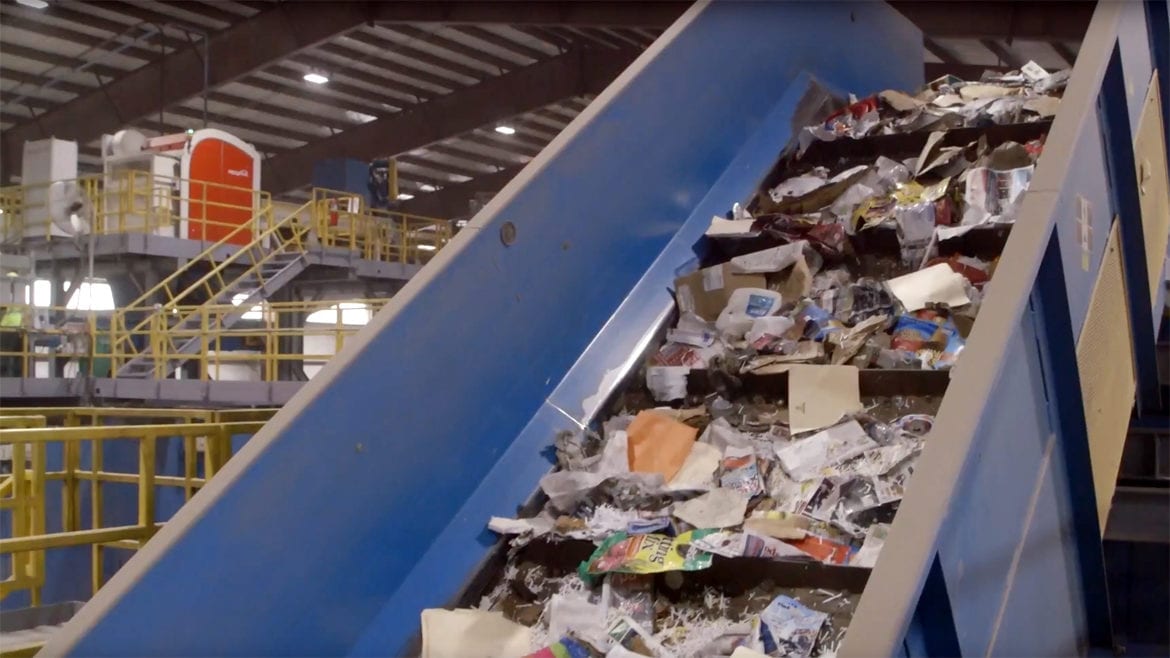 Ted Baker has been recycling ever since Overland Park started its curbside program in 1990.

But every Wednesday, as he dutifully treks to the end of his driveway, he ponders the question that he ultimately submitted to curiousKC: What happens to the stuff we pay to have recycled?

“I’ve heard reports that they stick the recycled stuff on ships and send it to China or just dump it in the ocean,” Baker said.

In digging into this question, we found Marleen Leonce of Neighborhood and Housing Services in Kansas City. Her official title is community relations manager, but we prefer the title “recycling guru.”

Having worked in the department for 12 years, Leonce knows pretty much everything there is to know about recycling in KC and its surrounding areas, so she filled us in on what happens to our recycled goods from the moment they hit the curb to their reincarnation as new products.

A hauler picks up the recyclables and drops them off at a regional transfer station located off Truman Road in Kansas City. The recycling company WCA owns and operates this facility. A bigger truck then hauls the stuff to WCA’s “material recovery facility” in Harrisonville, Missouri.

In Harrisonville, all items are dumped on the floor in huge piles before they enter an intricate system of conveyor belts and sorting machines.

A spinning machine, or “star,” separates out cardboard, which falls to a different conveyor belt. A similar process sorts paper. Magnets pluck steel from the conveyors, and high-tech optic eyes use puffs of air to push plastics into containers. Finally, an “eddy current” machine uses a magnetic field to separate aluminum from the stream.

Workers stand along the belts throughout the facility to remove any contaminants or sort items the machines missed. Sorting is essential because WCA’s customers won’t buy bales that include mixed materials.

Gobs of each material are ultimately compacted into 5-by-4-foot bales.

Reincarnation comes in many forms.

Paper, for instance, is washed to remove ink, glue, staples and more before it’s mixed with various materials and pressed into a new piece of paper, cardboard or newspaper. Plastics are cleaned and melted to be formed into a new object.

Recycling in Kansas City has decreased during the past five years despite an increase in 2016 from 2015 for trash collection. Leonce suspects a lack of education is partly to blame.

When it initiated its curbside program in 2004, Kansas City provided residents with handouts on when, how and what to recycle. That education wasn’t ongoing, though.

For Baker, our question-asker, there’s a lot of confusion on what exactly can be recycled and how it should be done. Do recyclers want aluminum foil? Glass? Styrofoam? Do peanut butter jars need to be cleaned out?

In addition to a list of recycling rules on the KCMO website — take your glass to Ripple Glass, hold on to that plastic foam, and rinse out those jars — residents can look up specific items on the website RecycleSpot.org. There, they can enter their ZIP code to find recycling locations.

It’s important that residents be educated on recycling, Leonce said, because the more contaminants they place in bins, the more time and money WCA spends sorting it.

“Recycling is being a good steward of the Earth,” she said. “When we drain the natural resources on this one planet Earth, we are making it unsustainable for future generations.”

Many thanks to Ted Baker for his curiousKC question. You can ask yours here:

— Kelsie Schrader is a graduate student at the University of Missouri.