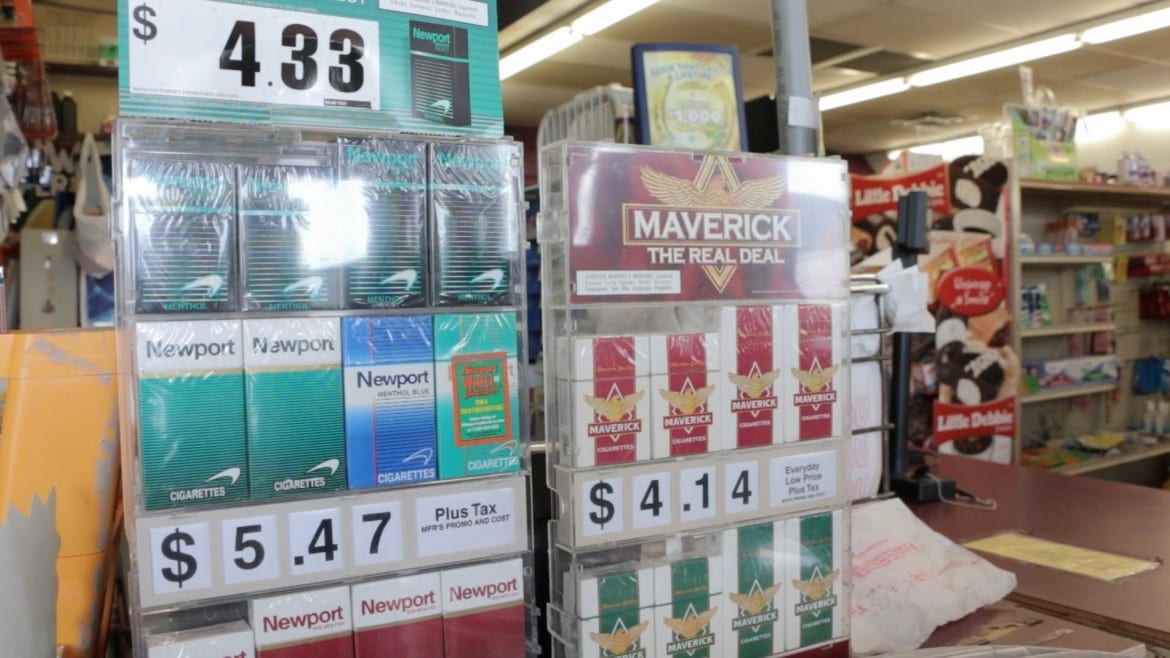 Special interests have long eyed Missouri’s lowest-in-the-nation cigarette tax as a potential pot of gold, if only voters would agree to hike the 17-cent-per-pack levy and direct the windfall to health and education programs.

Yet tax-hike advocates have failed narrowly at the polls three times going back to 2002, and the landscape is not much different as another campaign girds for battle next year, including a Kansas City kick-off on Thursday at the Legoland Discovery Center at Crown Center.

But this latest effort differs significantly in two related respects: The campaigners are trying to make peace with tobacco interests and, in doing so, they have forfeited the backing of traditional allies in the health care community by advancing a plan that public health advocates say is too modest to significantly dent the smoking rate in Missouri.

The Health Care Foundation of Greater Kansas City is a key detractor, a position that puts it at odds with the nonprofit spearheading the Raise Your Hand for Kids campaign, the Alliance for Childhood Education (ACE) based in Shawnee, Kansas.

At the heart of the debate around the Raise Your Hand for Kids campaign is its target of raising the cigarette tax by only 50 cents, raising questions about its potential economic impact, the possibility of a compromise with the tobacco lobby and how it stacks up against another plan to hike the cigarette tax even more to fund college scholarships.

“We have been very strategic about designing our policy, listening to what Missourians want, studying past efforts, learning from past mistakes,” said ACE Vice President Erin Brower. “I think we have designed the right formula to take us to victory.”

According to the Raise Your Hand for Kids campaign, a 50-cent-per-pack tax increase would generate about $250 million in additional annual revenue for the state.

The campaign proposes to direct those tax proceeds to early childhood education and health programs in all of Missouri’s 114 counties, with the money allocated based on each county’s population of children ages birth to 5.

The Coordinating Board for Early Childhood would distribute the funds through grants to public and private providers.

Brower said Parents as Teachers, a nationwide program pioneered in Missouri, could be one avenue for the funds. The program sends parent educators into homes and includes some basic health screenings, such as vision and hearing checks.

Another priority would be to fund smoking cessation programs for pregnant women. The campaign says one in six pregnant women in Missouri smokes.

“We are talking about healthy babies,” Brower said, “bringing them into the world with a fair start.”

The other plan to raise the cigarette tax, which Missouri Treasurer Clint Zweifel introduced in February, is less detailed. The Missouri Promise plan, as he termed it, calls for the state to pay tuition and fees for Missouri students who have a 3.0 high school GPA, perform community service and maintain a B average in college.

Missouri Attorney General Chris Koster, a leading Democratic candidate in next year’s governor’s race, has co-opted that idea by suggesting the state pay for the plan by increasing the cigarette tax by as much as 73 cents a pack.

Neither Zweifel’s office nor Koster’s campaign would provide details about the plan or comment about the Raise Your Hand for Kids proposal.

The ballot initiative process in Missouri tends to be expensive and time-consuming, requiring the gathering of signatures from people around the state, the filing of paperwork with the secretary of state and oftentimes fending off legal challenges to the ballot language.

And with the cigarette tax proposal, proponents must also battle the specter of recent history.

Campaigns to increase Missouri’s tobacco tax by 55 cents, 80 cents and 73 cents failed in 2002, 2006 and 2012. The largest losing margin was less than three percentage points.

Opponents of the hikes were led by the Missouri Petroleum Marketers and Convenience Store Association (MPCA). Supporters included the Health Care Foundation of Greater Kansas City, which kicked in nearly a third of the $4.8 million spent on the last of the three campaigns.

How much is too much?

According to Brower, one of the lessons Raise Your Hand for Kids learned from its research is that previous efforts foundered in part because the proposed hikes were too large. She said that 50 cents per pack is the uppermost limit for a majority of Missourians.

Raise Your Hand for Kids also hopes that’s a level that the MPCA can live with, especially if coupled with a multi-year phase-in – although if comments by the association’s executive director, Ron Leone, are any indication, it may be whistling past the graveyard.

In pushing for a 50-cent hike, Brower said Raise Your Hand for Kids is merely taking a pragmatic approach designed to finally win at the polls and to snag one of the last remaining untapped funding streams in the state to help children.

Otherwise, she said, someone else is going to grab the money for something else, as evidenced by the Missouri Promise effort for college scholarships.

The Health Care Foundation doesn’t buy into that rationale.

The foundation’s aim in raising the cigarette tax is to keep people, especially teens, from smoking in the first place, said Dr. Bridget McCandless, the foundation’s president and CEO.

According to research on smoking habits, Missouri would need to raise the cigarette tax by as much as 80 cents to have a marked impact on the smoking rate in the state, McCandless said.

The increase contemplated in the Missouri Promise plan is in line with the effort the foundation supported three years ago. But McCandless said she can’t get aboard the Raise Your Hand for Kids campaign and that pains her.

“It’s hard for me to stand up and say I am not in favor of a tobacco tax increase,” she said. “I have been everywhere in the community talking about how shameful it is that Missouri is in last place at 17 cents a pack. However, I think it is really important that we design one that actually works and one that decreases the amount of smoking.”

And while the Raise Your Hand for Kids campaign sees negotiating with tobacco interests as a strategic way to neutralize the opposition, McCandless said it doesn’t make sense from a public health standpoint to compromise with people who don’t want to change people’s smoking habits.

Leone of the MPCA doesn’t share Brower’s optimism that his group can reach a compromise with Raise Your Hand for Kids.

He said he has told Brower many times that 50 cents a pack is a nonstarter and that a phase-in will do little to lessen his group’s opposition. The Missouri Promise plan is even worse at 73 cents, he said.

A veteran of all the campaigns dating to 2002, Leone said he has long offered to drop his opposition if tax-hike proposals are limited to a doubling of the current rate, which would take the levy to 34 cents a pack.

That would nudge Missouri out of 51st place among all the states and the District of Columbia, according to the Campaign for Tobacco-Free Kids, pushing it past the 30 cents a pack levied in 50th-place Virginia and just behind 49th-place Georgia, at 37 cents.

Leone insisted a doubling of the tax would represent a major compromise by his group. Name another industry, he said, that would agree to a 100 percent tax increase.

And while Raise Your Hand for Kids says its proposed tax hike would be an economic boon for the state, Leone warned of unintended fiscal consequences.

Consumers from other states will stop crossing the border into Missouri if cigarettes prices exceed those in their home states, he predicted. And, he said, Missouri consumers would likewise leave home to buy lower-priced cigarettes in neighboring states. That’s why Leone was pleased with the recently enacted 50-cent-per-pack increase in Kansas.

Common-sense, conservative Missourians, he said, understand that the tax hikes contemplated are “outrageous and unfair.”

He added that he was tired of having to fend off tobacco-tax hike campaigns every few years and predicted that at some point his string of wins would end.

“If they keep trying to pick us off, eventually they will,” he said. “It doesn’t mean they are going to have an easy time of it, and it doesn’t mean we aren’t going to stand tall and make sure that the voters have all the information they need to make an informed decision, because I guarantee they will.”