Finding Justice Outside the Court System

Neighborhood Accountability Boards give offenders another chance through community support 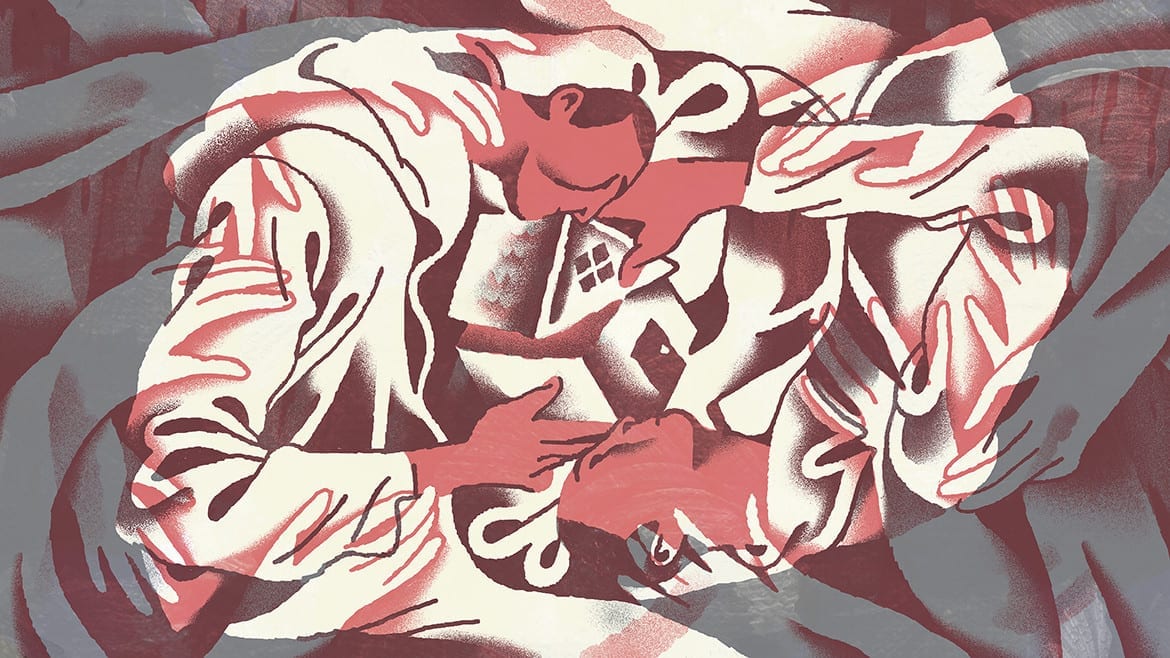 Editor’s Note: This article uses a partial last name to respect the privacy of the individual. Her story and the facts presented are verified to be true.

Most parents will do anything to provide for their children, especially around the holidays.

Robin L., a single mother of two, is no different, but she made a mistake. Just before Christmas 2014, she was caught trying to steal a doll from a Dollar General Store in Kansas City, Missouri.

As Robin was a first-time offender, and she had only committed a low-level crime, her case was eligible to go before a Neighborhood Accountability Board.

Neighborhood Accountability Boards (NABs) exist across the country and other parts of the world as a model for restorative justice. Instead of facing a judge, offenders meet with community members and, in some cases the victims of the crime, to discuss what happened.

The offender, victim, and board members agree collectively what must be done to repair the harm, and once an offender completes the process, the crime is removed from their record.

The Center for Conflict Resolution (CCR), a local nonprofit, began its NAB program three years ago this month, and in that time has dismissed 137 cases from Kansas City’s municipal court.

City Prosecutor Abby Mueller selects which cases to refer to the NAB. They have included incidents of trespassing, disorderly conduct and disturbing the peace, but the majority are shoplifting cases.

She said although the NAB isn’t dramatically reducing the 200,000 cases the municipal court processes each year, it’s a valuable resource.

“It gives an opportunity for someone to stay out of the criminal justice system,” Mueller said.

Currently, offenders that decide to participate in the NAB pay $100 to offset the costs of the program, but it’s significantly cheaper than dealing with court and probation fees.

Beyond any cost savings, supporters of restorative justice approaches like NABs say that it addresses crime in ways that the criminal justice system cannot.

“We don’t try to be a court,” said Don Ivans, who worked as a facilitator for CCR’s NAB.

“As a matter of fact we are not here to talk about what law was broken, but about what relationship was broken and how it can be mended,” Ivans said.

During NABs both offender and victim have a chance to talk openly about what happened.

“Most often these are people who aren’t used to doing something wrong,” said Debbie Bayless, who is CCR’s Mediation Manager and oversees the Neighborhood Accountability Board for Kansas City.

“They are so grateful to have this opportunity to own up to it and make it right,” Bayless said.

Robin said it felt good to be able to talk to them and share her story. She suffers from several intestinal illnesses, that she said make holding a job impossible. The day of the crime she had lost a five-year fight for disability benefits.

With Christmas coming, Robin said she felt desperate to get something for her daughter. So while on an errand for her sister, she put a $12.99 doll in her jacket.

“To actually own up to what you did takes a lot of courage.” — Debbie Bayless, CCR’s Mediation Manager

Most offenders that come to the NAB are unemployed and often facing physical or emotional distress.

“When you can be involved in something like this you are loving your neighbor as yourself,” Henderson said.

One of Bayless’ favorite stories to tell about the NAB was community members’ response to an older woman in a wheelchair who tried to steal groceries because her monthly $50 in food stamps had run out and she was hungry.

“She got connected with Meals on Wheels and so she gets a meal every day, which then helps her food stamps (go farther)” Bayless said.

Bayless said although the supportive environment may make the process sound like a slap on the wrist, NABs demand an amount of accountability that courts don’t always do.

“To actually own up to what you did takes a lot of courage,” Bayless said “Having the opportunity to make it right is so much more impactful for the community than just letting the (court) system happen.”

Although the Dollar General was invited to take part in Robin’s NAB regarding the stolen doll, no one representing the store attended.

Bayless said that it’s difficult to get large chain stores to participate because theft is more common place and they don’t hold the same emotional stake as other victims. In those instances Ivans or another community member will explain how shoplifting and crime rates impact not just stores, but the neighborhood.

“Once we’ve done all these things, then we begin to talk about what can be done and we ask the offender,” Ivans said.

“One guy had the (offenders) come to his house and help him with some yard work,” Ivans said. “I mean (it’s) just as creative as you want to get and as both parties are willing and able.”

As part of Robin’s agreement, she did several hours of community service, wrote a letter of apology to the store’s manager, and waited six months before returning to shop there.

There aren’t many national studies or statistics about the impact of NABs on crime or rates of recidivism.

CCR’s executive director Annette Lantz-Simmons said that since the center was founded in 2000, there has been an increased demand for restorative justice.

“Right now we’re kind of at a tipping point,” said Lantz-Simmons. “People know what has been done is not working, the violence rises.”

CCR’s small staff is working to balance the need with limited resources, but hopes to someday expand their NAB program to other municipalities in the metro.

More than a year after Robin completed her NAB agreement she says things are back to normal and she’s thankful she had this opportunity.

“The Neighborhood Accountability Board gave me that self-worth,” Robin said. “It took me forward instead of back.”

This story is part of a KCPT series focusing on issues of race, crime and justice in our region. The series includes the documentary “Our Divided City,” which premiered in January on KCPT and is now available online, and culminates with the play “Justice in the Embers,” an original production from The Living Room Theatre, The Center for Investigative Reporting, and KCPT, and runs Feb. 4-20.

— Lindsey Foat is KCPT’s Community Engagement Producer she can be reached at lfoat@kcpt.org on Twitter @lindseyfoat

Making Sense of A Tragedy

KC Interfaith Leader Reflects On The Shooting in Olathe