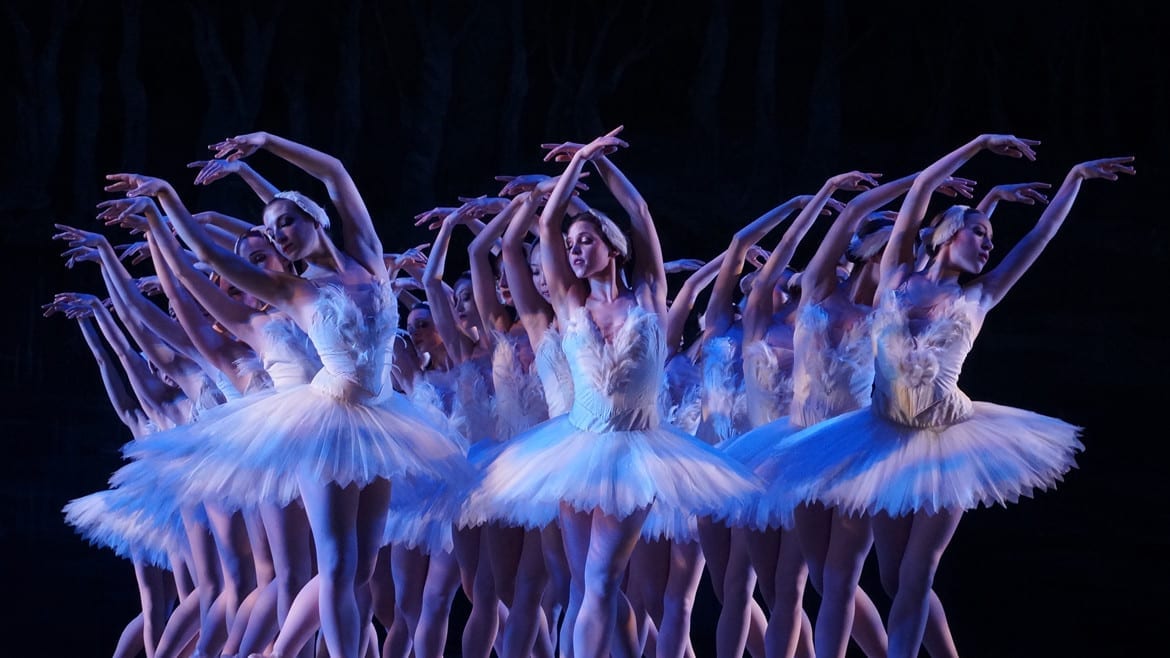 Tonight, the Kansas City Ballet premieres “Swan Lake.” There are a lot of good reasons to see the show, which runs through Feb. 28. For instance, going means you’ll be able to post selfies from the Kauffman Center. Which will make you look cultured and sophisticated. If you need more than that, we have five reasons to see “Swan Lake.”

Even if you know nothing about dance, you’ve heard of “Swan Lake.” It’s like ballet’s version of “Stairway to Heaven.” (Note to Millennials: “Stairway to Heaven” is a popular rock song recorded by the well-known British band, Led Zeppelin. Also? Shoot me now.)

The production that opens tonight is, improbably, the first time in the 58-year history of KCB that the company has staged a full-length version of “Swan Lake.” Which makes it kind of a big deal; a must-see for aficionados and fine chance for the casual fan to see one of the genre’s most definitive works.

2. KCB Will Bring It

Since coming to Kansas City, KCB’s Artistic Director Devon Carney has shown a penchant for big but reverential productions of the classics. This “Swan Lake” follows form. It’s reverent, with painted Disney-esque scenery, sumptuous if highly traditional costumes, and very few 21st century stage effects. The focus is on the dancers, and it’s often a very full stage. Troupes the size of KCB typically have a “flock” of twelve female dancers. For this show, the flock is 24.

Carney even brought in Cynthia Gregory, arguably the greatest American prima ballerina of all-time, to coach the female leads. Which is a bit like an NFL team bringing in Joe Montana to coach its quarterbacks. Gregory is especially good at creating character. That is, at teaching dancers to go beyond the mere physicality of their role to communicate the emotion of a scene. Which, after all, is fundamentally what separates dance from gymnastics.

“Swan Lake” is famous for a sequence in Act III, closing out the “Black Swan” pas de deux. In it, the lead ballerina performs a move called fouettés en tournant (whipped by turning) 32 consecutive times. Essentially, depending on which night you attend, you will see either Molly Wagner, Tempe Ostergren, or Sarah Chun spinning en pointe 32 times in a row. It’s a remarkable feat of strength and agility, and has been thrilling audiences for more than a century. Custom holds, by the way, that the audience should start applauding after the first 12 spins.

Burns is doing the lighting. He’s good and has new toys. Here, Burns talks to KCPT about his craft, mentioning the new, high-dollar lighting system that KCB bought this season. Notice in “Swan Lake” how the light calls attention to the dancers and amplifies the mood without ever being intrusive.

Specifically, you’ll get the Kansas City Symphony performing Tchaikovsky under the direction of Ramona Pansegrau, Kansas City Ballet’s Music Director. Which brings me to a personal pet peeve.

Ask someone what kind of music they like, and they’ll almost always answer “all kinds.” It’s a standard response that makes the speaker feel well rounded. But ask them if they listen to, say, baroque or ragtime and you’ll usually get nothing but mumbles or a blank stare. As it turns out, what most people mean by “I listen all kinds of music” is “I listen to popular music that’s been recorded in the last few decades.” Which isn’t the same at all.

That’s why I’m beseeching you, purported lover of “all music,” to put your money when your ears are, get down to the Kauffman and get some live Tchaikovsky in your life.

— Hampton Stevens writes about the arts for regional and national publications. Follow him on Twitter at @HamptonStevens.