Newly released government documents involving a 1988 arson fire that killed six Kansas City firefighters affirm the guilt of five people who were convicted of the crime but also find that two other individuals may have been involved.

The review, prompted by a series of investigative stories in The Kansas City Star, was conducted by the Criminal Division of the Justice Department over a three-year period from 2008 to 2011.

Until recently, the government had released only a condensed, highly redacted copy of its review. But after one of the convicted defendants, Bryan Sheppard, sued for the release of the entire report under the Freedom of Information Act, a federal judge last year ordered the government to disclose the report to Sheppard.

The 117 pages of slightly redacted government documents, which a representative of Sheppard provided to KCUR, stated that “the review team did not find any credible support for the Star’s allegations.”

The Star’s investigation, a series of articles by the late Mike McGraw in 2007, 2008 and 2009, reported that witnesses had been pressured by law enforcement to provide false testimony and that new evidence showed two security guards at the construction site where the arson occurred had set the fire, not the defendants.

But while the government’s review found the security guards may have been involved in the arson, it also concluded that newly developed information about their possible involvement “would not have called into question the defendants’ guilt of the crimes charged.”

Sheppard, in a phone interview with KCUR, reiterated his claim of innocence and said the government’s conclusion about the defendants’ guilt was already known when the condensed, redacted report was released in 2011.

What’s noteworthy about the newly released batch of documents, he said, was that the government knew more than a decade ago that other individuals may have been involved.

“It doesn’t matter to me what the public feels about my guilt or innocence,” Sheppard said. “It’s not about that. It’s about uncovering the truth about this case and getting the right people incarcerated.”

He added: “Who now in their right mind, if they’re guilty of a crime like this, would seek out more information? They would run. Not Bryan Sheppard. He stood right here in Kansas City and fought. And I’m gonna continue to fight until we get the right people in prison.”

Last week, the same judge that ordered the release of the documents also ordered the government to pay Sheppard $344,000 in attorneys’ fees because he prevailed in his Freedom of Information Act lawsuit. Sheppard was represented pro bono by the Kansas City law firm Shook Hardy & Bacon, which said it would donate the fees to charity.

Cynthia Short, a lawyer for Sheppard who reviewed the government documents, said she wasn’t surprised at the government’s insistence on the defendants’ guilt.

Short said the government provided no evidence of a connection between the security guards and the defendants, suggesting the defendants were innocent.

She said the government was trying “to have the best of both worlds” by affirming the validity of the defendants’ convictions while acknowledging that some other people with no known ties to the defendants were involved.

Asked to comment on the government’s report, Teresa Moore, the interim U.S. Attorney in Kansas City, issued a written statement saying the review found no evidence to cast doubt on the defendants’ convictions.

“Specifically, in response to questions related to two security guards, it is worth noting that the Justice Department report refers to newly developed information in this regard, but stops short of assigning guilt to any additional persons,” Moore said. “These matters were fully considered at the time of the trial, the allegations against the security guards were thoroughly investigated, and it was determined that there was insufficient evidence to bring charges. That assessment remains true.”

The arson occurred in the early morning hours of Nov. 29, 1988, at a highway construction site near U.S. 71 and 87th Street. A fire was set in a small pickup truck belonging to one of the security guards, Deborah Riggs. A second fire engulfed another pickup truck hundreds of yards away as well as a construction trailer containing 25,000 pounds of explosives used for blasting rock during highway construction.

Responding firefighters extinguished the fire in Riggs’ pickup and then moved their pump equipment to the other fire. As they sought to extinguish the flames, the trailer exploded with massive concussive force, killing all six firefighters and pulverizing their truck. About 40 minutes later, another trailer containing explosives blew up, causing a massive blast heard miles away.

Separate state and federal investigations languished for years, with law enforcement initially believing the fire was related to union unrest. Later, Sheppard, who lived near the construction site, was implicated by a jailhouse informant, but the informant was found to have fabricated his information.

The federal investigation was given new life after the TV program “Unsolved Mysteries” aired a reenactment of the crime in 1995 and offered a $50,000 reward for information leading to the perpetrators’ conviction. That led to information from dozens of witnesses who claimed they’d overheard the five defendants admitting their involvement in the case.

During a seven-week trial in 1997, 59 of the government’s 80 witnesses testified that they heard one or more of the defendants admit their involvement in the crime, according to the government’s review of the case. A federal jury convicted all five, and each was sentenced to life imprisonment.

Sheppard was released in 2017 after the U.S. Supreme Court ruled in 2012 that mandatory sentences of life without parole are unconstitutional for juveniles unless their individual circumstances are taken into account. Sheppard was 17 at the time of the arson.

Another defendant, Sheppard’s uncle, Earl “Skip” Sheppard, died in prison in 2009. The other three defendants, Darlene Edwards, Richard Brown and Frank Sheppard (another uncle of Bryan Sheppard), remain in prison.

At trial, the government’s theory of the case was that the defendants set the fire to divert attention from or to cover up their planned theft of tools from the construction site. But The Star’s investigation concluded that law enforcement had pressured witnesses into giving incriminating information or withholding exculpatory information, and that other evidence suggested that Riggs and another security guard, Donna Costanza, were guilty of the crime.

The Star’s stories prompted the U.S. Attorney’s Office in Kansas City to ask the Justice Department to review The Star’s allegations. The government review was led by John Cox III, a trial attorney in the Justice Department’s Organized Crime and Gang Section, who submitted the review’s findings to then-Assistant Attorney General Lanny Breuer in July 2011.

In his summary, Cox wrote: “The review team identified several newly-developed pieces of information, not previously known to the prosecution, that suggests that Riggs and Costanza may have been involved in the arsons in addition to — and not to the exclusion of — the defendants. The review team has concluded that this newly-developed information would not have called into question the defendants’ guilt of the crimes charged.”

The summary noted that The Star identified five trial witnesses who it said falsely implicated the defendants. The review located two of them, according to the government’s summary, and both said they had testified truthfully.

The review likewise found that law enforcement did not unduly pressure or coerce witnesses to testify falsely. And it said that none of the information The Star had said was favorable to the defendants and had been suppressed would have called the defendants’ guilt into question.

The summary, however, states that the review team interviewed Costanza and she told them that before the evening of the explosions, Riggs asked Costanza if she was interested in burning Riggs’ truck for insurance money. Costanza told them she refused.

In addition, the summary says that a friend of the two women told the review team that the Sunday night before the arson, Costanza and Riggs were at Riggs’ house to watch a movie. Before turning it on, Riggs announced she wanted to burn her truck for insurance money. When the friend, whose name is redacted from the government’s summary, told her that was wrong and Riggs would get caught, Riggs responded she had gotten rid of a vehicle before and could get away with it again, according to the summary.

The Star reported in 2008 that at least four witnesses said Riggs or Costanza had implicated themselves. At the trial, Riggs admitted to insurance fraud in the past but maintained she was innocent of the construction site arson.

Riggs and Costanza no longer live in the Kansas City area and could not be reached for comment.

Sheppard, who will soon complete the five years’ probation he was given when he was released from prison, told KCUR he would go to his deathbed proclaiming his and his co-defendants’ innocence.

“I’ll probably go to my grave never seeing the Justice Department changing their theory of the case against us five,” he said. “But if they go after the right perpetrators and get to the truth, maybe that way things may change.”

Dan Margolies covers breaking news and legal affairs at KCUR 89.3, a member of the KC Media Collective, where this story first appeared. 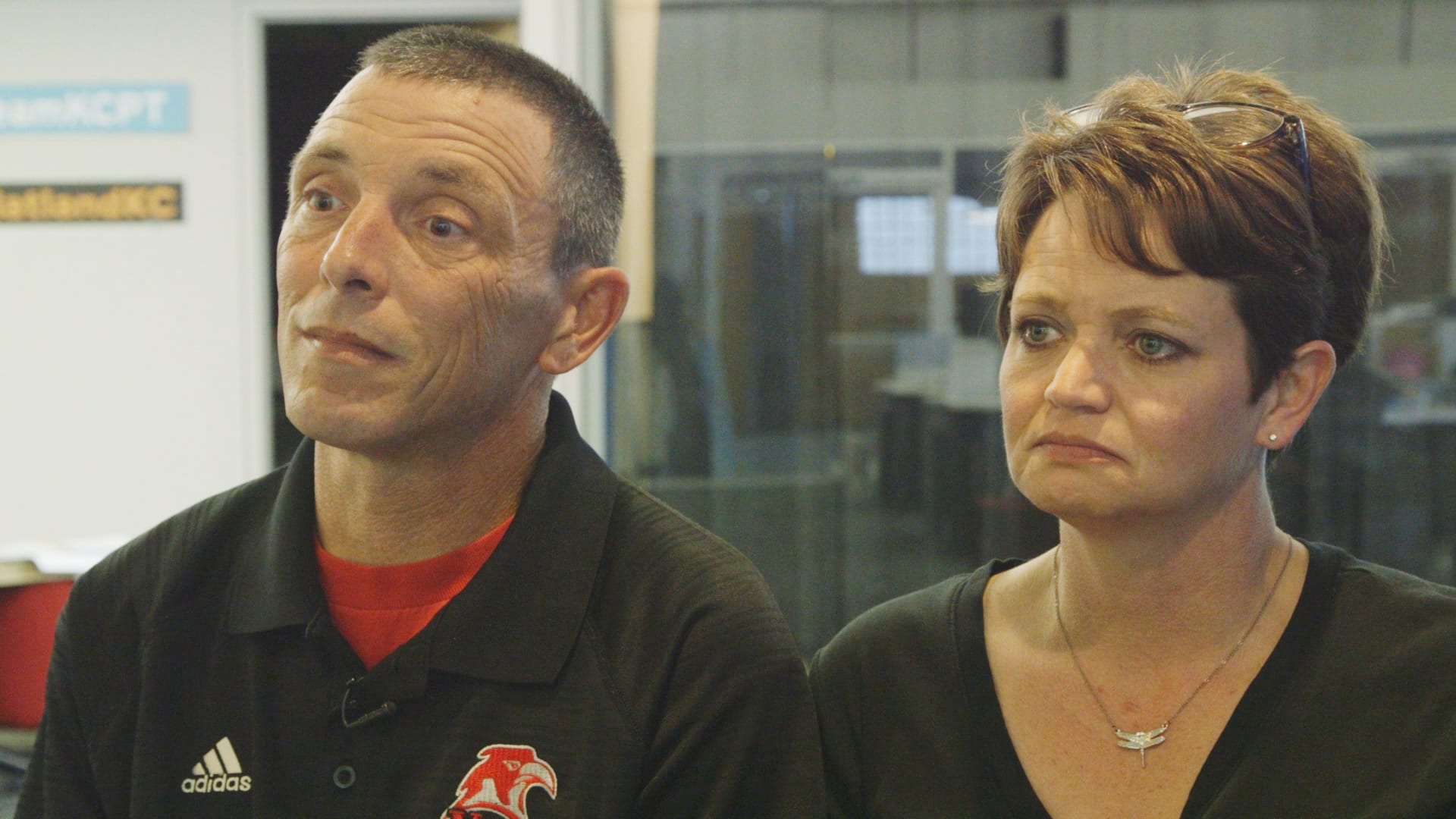 Son of Fallen KC Firefighter Speaks Publicly About Doubts Over Trial All James and Tracy Kilventon want is for justice to finally be done. After almost 30 years of investigations, a trial, guilty verdicts, unsuccessful appeals and continuing questions, they say, justice still eludes them. But the recent release of one… 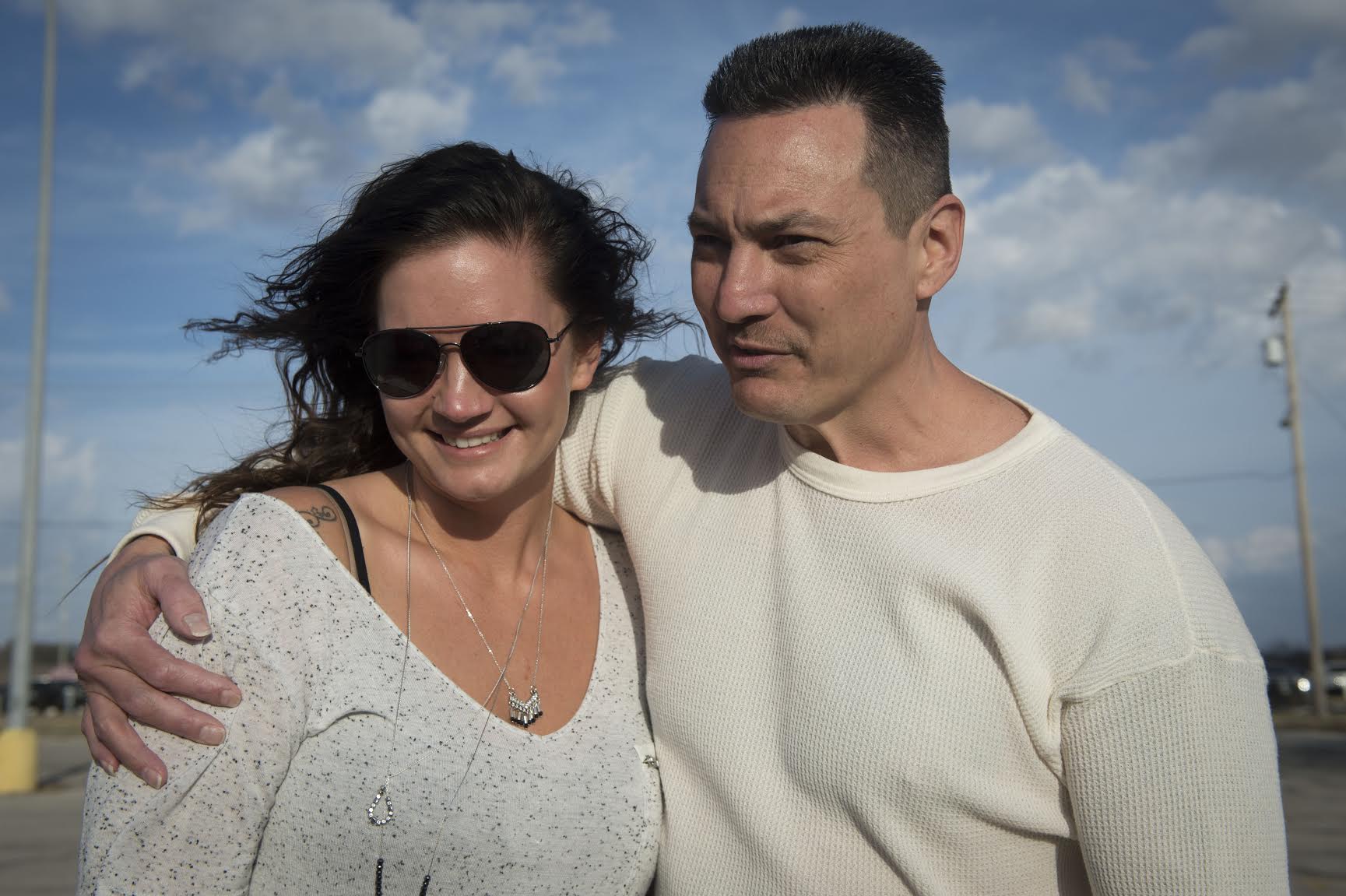 Behind the Bryan Sheppard Ruling: What the Release Order Says and Doesn’t Say A federal judge’s decision last week to release a man serving a life sentence in the 1988 deaths of six Kansas City firefighters was, at least for some of the families of those men, a hurtful betrayal by the legal… 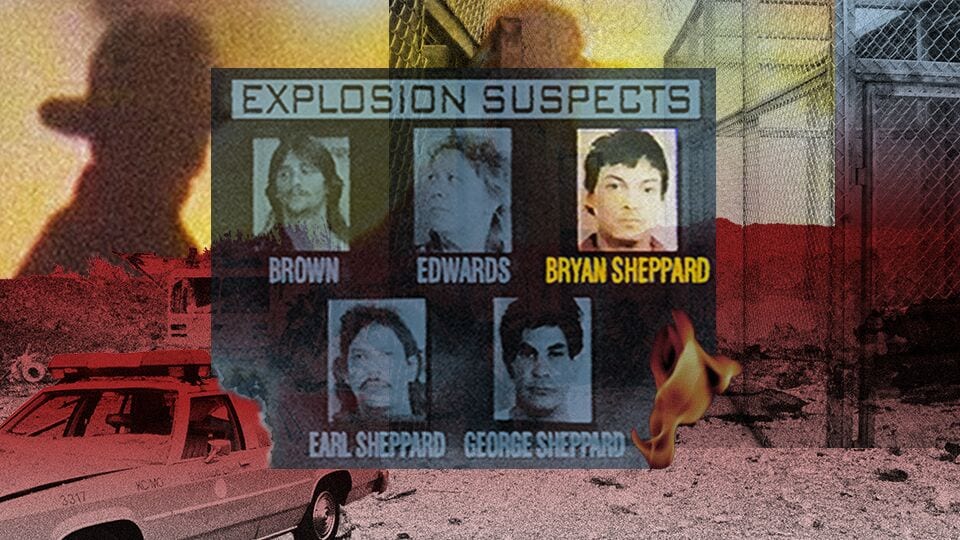 Fire and Justice This podcast is from the Center for Investigative Reporting, which co-produces the “Reveal” radio show and podcast with PRX. “Reveal” features CIR’s reporting, as well as stories from public radio stations and a wide range of media partners, both nonprofit and…

Critics decry content as Kremlin-funded propaganda on KCXL, a radio station in Liberty

For Kansas City's Low-Income Residents, Code Enforcement Can Put Homeownership Out of Reach

Rent is Going Up So Fast, It’s Not Just Pricing Out Residents — It’s Hurting Kansas City

A Midtown "townie" priced off of her bus line. A retiree on fixed income forced out of her home of 17 years. Kansas City renters are facing substantial rent hikes, with serious repercussions.