Tireless Activist Battling Back After Being Hit By Car 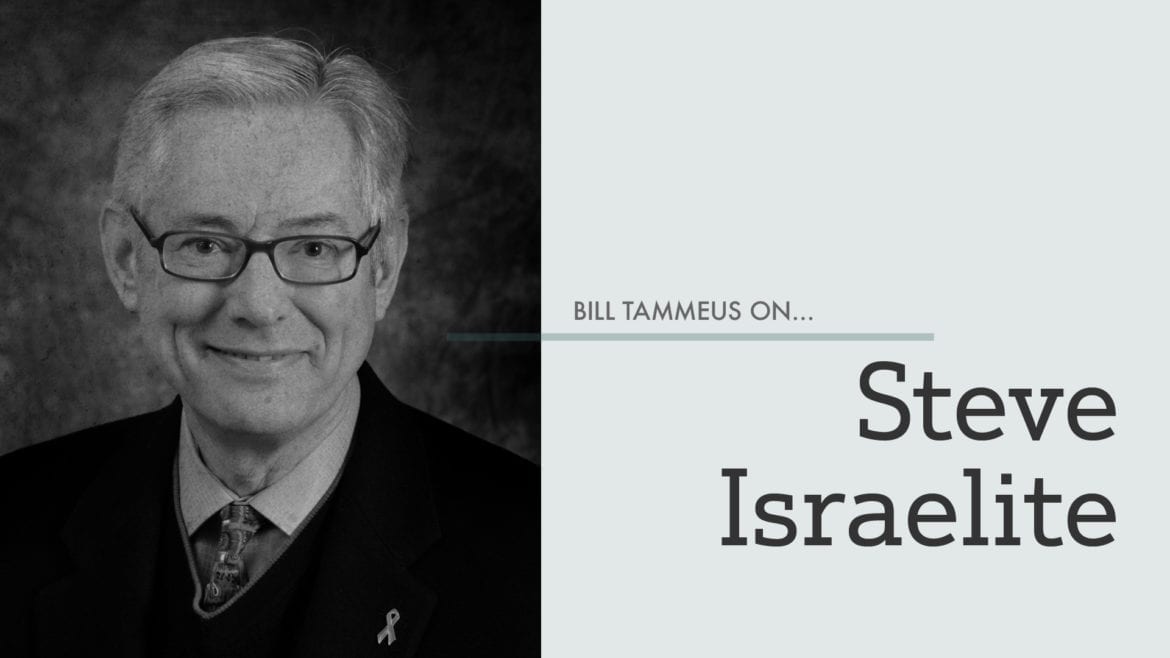 The day that a car shattered Steve Israelite’s body in September, he was in a crosswalk on 63rd Street heading to the Panera Bread in Brookside. While there, he planned to check his e-mail because he was early for a meeting with our mutual friend Julie Warm, co-director of the UMKC Service-Learning Program.

Steve’s injuries were appalling — two broken legs, neck damage, a lost tooth, bruises galore; the driver told authorities she was blinded by the morning sun and did not see Steve until it was too late

But he lived, and Steve’s wife Joan, who does development work for the Kauffman Center for the Performing Arts, thought that he would be on the mend in a matter of weeks. Then, however, came a stroke, atrial fibrillation and a pulmonary embolism — “plus a host of other complications,” Joan said.

And not only could Steve, former executive director of what is now the Menorah Heritage Foundation, barely talk, he thought he would die. When I met with Steve and Joan recently in their Lee’s Summit home, I asked whether he ever hit a place where he wanted to give up. 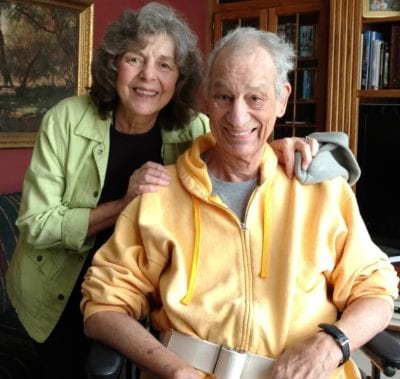 Tears filled the rims of his eyes. His voice, which now is slow and labored as he seeks to find it again after the stroke, wavered but was clear: “I wanted to die. I remember that. I wanted to die. And I dreamt of death, and I think I was close.” A doctor told him he had a choice to make. Joan, whom he married in 1964 and with whom he shares two sons and six grandchildren, convinced him to live.

“Once he had the stroke,” Joan said, “I knew it would be a lot longer than just letting bones heal.” In fact, she thought of his recovery like a pregnancy — a nine-month journey, and reminded him that it was well worth waiting nine months for each grandchild. Steve bought her argument.

Now, four months later, this remarkable man is anxious to walk unaided again, to speak more clearly and to get back to all the projects on his impressively long list — “if,” he said, “God makes me somewhat whole.”

I first met Steve in the early 1970s, when he was an official with the U.S. Department of Housing and Urban Development (HUD) and I was a reporter at The Kansas City Star covering, among other topics, federally subsidized housing and urban affairs. I knew then that Steve was not your typical 9-to-5 bureaucrat.

I recall several evenings then, when Steve and I would meet with the late Father Norman Rotert, then priest at St. Therese Little Flower Catholic parish in the impoverished Blue Hills area on Kansas City’s east side, and talk about what could be done to revive that neighborhood. Steve had a million ideas. Norm picked out a few of them, adjusted them, and eventually created a non-profit organization to help revitalize Blue Hills.

Who’d have thought a University of Illinois pharmacy graduate would have a million ideas about rescuing inner cities and their residents from blight and racial segregation?

But the world of pharmacy turned out not to be nearly challenging enough for Steve. So he spent two years in the Peace Corps, then went to HUD, and later directed the foundation created from the sale of Menorah Hospital.

Since retiring, Steve has been helping the University of Missouri-Kansas City in many ways, especially in attracting more minority students and, as I wrote here recently, in working to create an interfaith religious literacy project.

When he can manage it, he wants to get back to working to preserve a slave cabin in Sedalia, to training teachers to teach about religion in public schools in constitutional ways, to creating better Catholic-Jewish relations in Kansas City, to serving on the board of the Urban League of Kansas City, to helping young Jews find meaningful work in this area, to helping the Islamic community here patch up some internal divisions he sees there, to helping settle political refugees here, and on and on.

It sounds like an exhausting list for a man now 76 years old. But it simply reflects Steve’s commitment to the Jewish concept of tikkun olam, meaning to repair the world. Steve isn’t a member of any synagogue, though he financially supports several. But he and 25 or 30 others meet on Saturdays at Congregation Beth Shalom in what they call the Library Minyan, where they read scripture, pray and hear a message. And they’ve done that for 25 years.

Steve hasn’t quite figured out what God expects him to learn from his accident and recovery, but he knows this: “I have to get back to who I am.” That would be a big win for Kansas City.