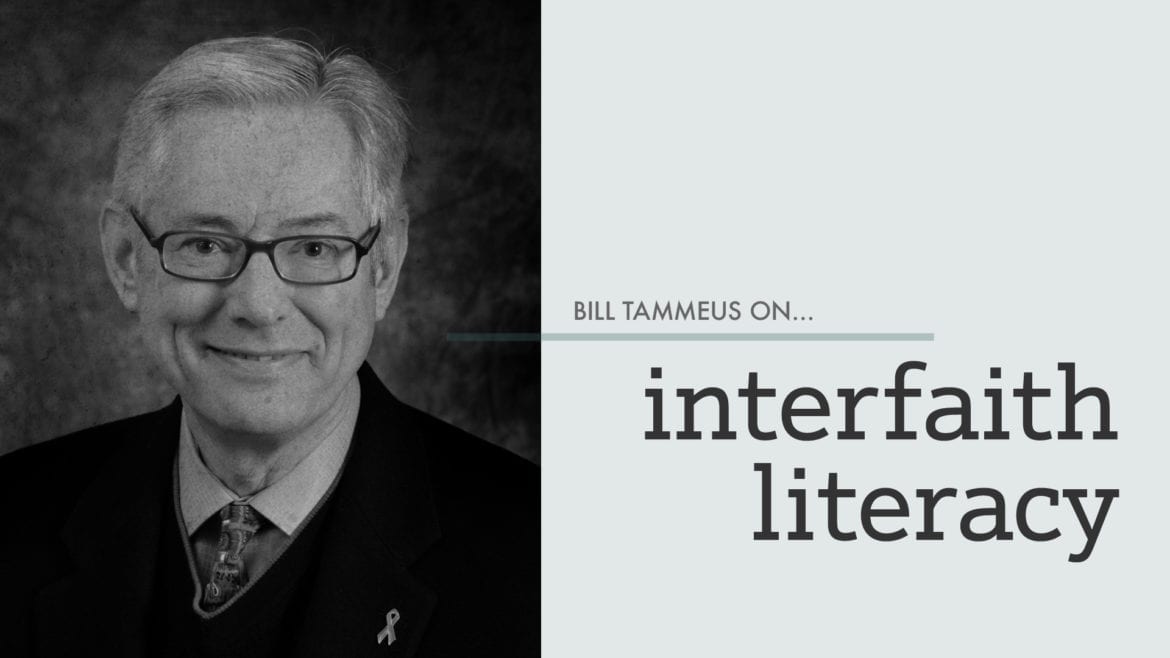 Imagine a day when:

That’s part of the vision of people working on a special project of the Greater Kansas City Interfaith Council to create what is tentatively being called an Interfaith Center for Religious Literacy.

I’ve been part of this small planning group for several years, and although we’re not yet close to creating such a center, or institute, or whatever it will be called, it’s time to tell Kansas Citians more about this so some of you can catch our vision and contribute your thoughts, too. (You can email them to me at wtammeus@gmail.com.)

Some of this work started after I loaned my friend Steve Israelite, former and first executive director of the Jewish Heritage Foundation, a book by Boston University’s Stephen Prothero, Religious Literacy: What Every American Needs to Know — And Doesn’t.

Steve, who long has had an interest in interfaith matters, got quite excited about the possibility that others might see the growing need for religious literacy at a time of growing pluralism in America’s religious landscape and in Kansas City’s religious makeup.

Working under the Interfaith Council umbrella, several of us continued imagining what a religious literacy center (whether virtual or physical) might look like and how it might help Kansas Citians live in harmony with people of various faith traditions and maybe even find ways to train public school teachers to teach about religion in constitutional ways. But germinating big ideas by relying on otherwise-busy volunteers takes more time than anyone imagined.

After all, religion touches almost everything Kansas Citians do, which makes understanding our own faith and that of our neighbors imperative.

Still, we kept at it, with a small group made up of followers of Christianity, Judaism and Islam, though open to including others. We met at a library or a church and tried to see whether centers elsewhere in the country might be models for what we had in mind — even though our vision changed over time and continues to evolve.

All the while we were guided by these words from the council: “Religious ignorance leads to prejudice, mistrust, hatred and even violence. The council counts those as unacceptable and preventable. Our goal is, instead, religious literacy, which is important to people not just for their personal faith commitments but also for how all of us understand politics, economics, military affairs and the whole range of human interactions that create a sense of community.”

We thought that if we couldn’t do this in Kansas City — where three international religious traditions have world headquarters (the Nazarenes, Unity and the Community of Christ) — it probably couldn’t be done anywhere. After all, religion touches almost everything Kansas Citians do, which makes understanding our own faith and that of our neighbors imperative.

Last year, we decided that while we ponder the shape of a center, we should begin to raise the issue more publicly. So we brought in the terrific Vanderbilt scholar Amy-Jill Levine to speak in several different venues — from a public library, to a synagogue, to a university, to two churches. She drew large and enthusiastic crowds. Which encouraged us.

Levine incarnates religious literacy in that she’s Jewish but teaches New Testament studies.  We’ve continued to rely on her thinking about our project.

After some initial positive conversations with leaders at the University of Missouri-Kansas City, we also began working with the American Public Square, which is located at UMKC, to put on several programs this past year about religious literacy and what faith looks like in Kansas City. Again, we were pleased by the interest the public showed.

Finally, we had more substantive discussions with UMKC leaders about the possibility of a religious literacy center finding a home on the campus. Although several top school leaders have been quite encouraging, so far neither the Interfaith Council nor the university has formally committed to anything.

As for the future? We’ll see, but we’re hopeful, despite the terrible setback we had this month when Israelite, the spark plug behind our effort, was hit by a car one morning as he walked across 63rd Street at Brookside Plaza, sending him to the hospital and into a long, painful recovery time.

In the meantime, I’ve found comfort in knowing that people of many faith traditions have been praying for Steve. May he heal and may the religious literacy center he imagined become a reality.