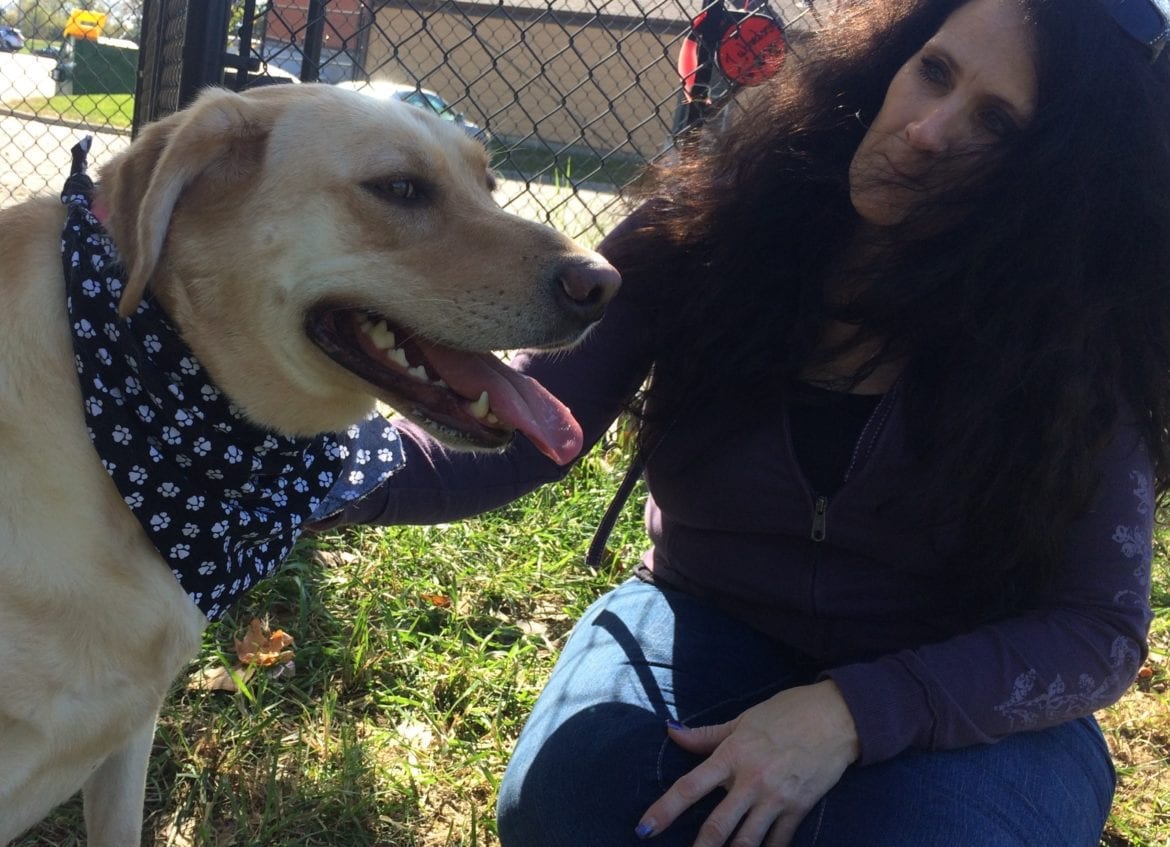 Kimberly Pearson says she put off escaping an abusive relationship because of worries about what would happen to Serenity, pictured here, and her two other dogs. (Photo: Alex Smith | Heartland Health Monitor)
Share this story

Many pet owners expect to be able to bring their furry friends everywhere – to restaurants, to the grocery store, on planes – and now some want even more doors to open up.

Increasing numbers of domestic violence shelters are accepting the pets of owners who have experienced abuse, and a federal proposal would set up funding for even more to do so.

There’s more a stake that just keeping owners and pets together. Supporters say accommodating pets can be a matter of life and death.

— Alex Smith is a reporter with KCUR, which is a partner in Heartland Health Monitor, a collaboration that also includes KCPT and KHI News, an editorially independent initiative of the Kansas Health Institute.

Kansas was the only state where the obesity rate went up significantly in 2015, according to an annual report, and state officials are trying to figure out why and how to reverse the trend.

The state also lagged on vaccination rates and remained stuck in the middle on overall health, according to the America’s Health Rankings Report, which was released Thursday. 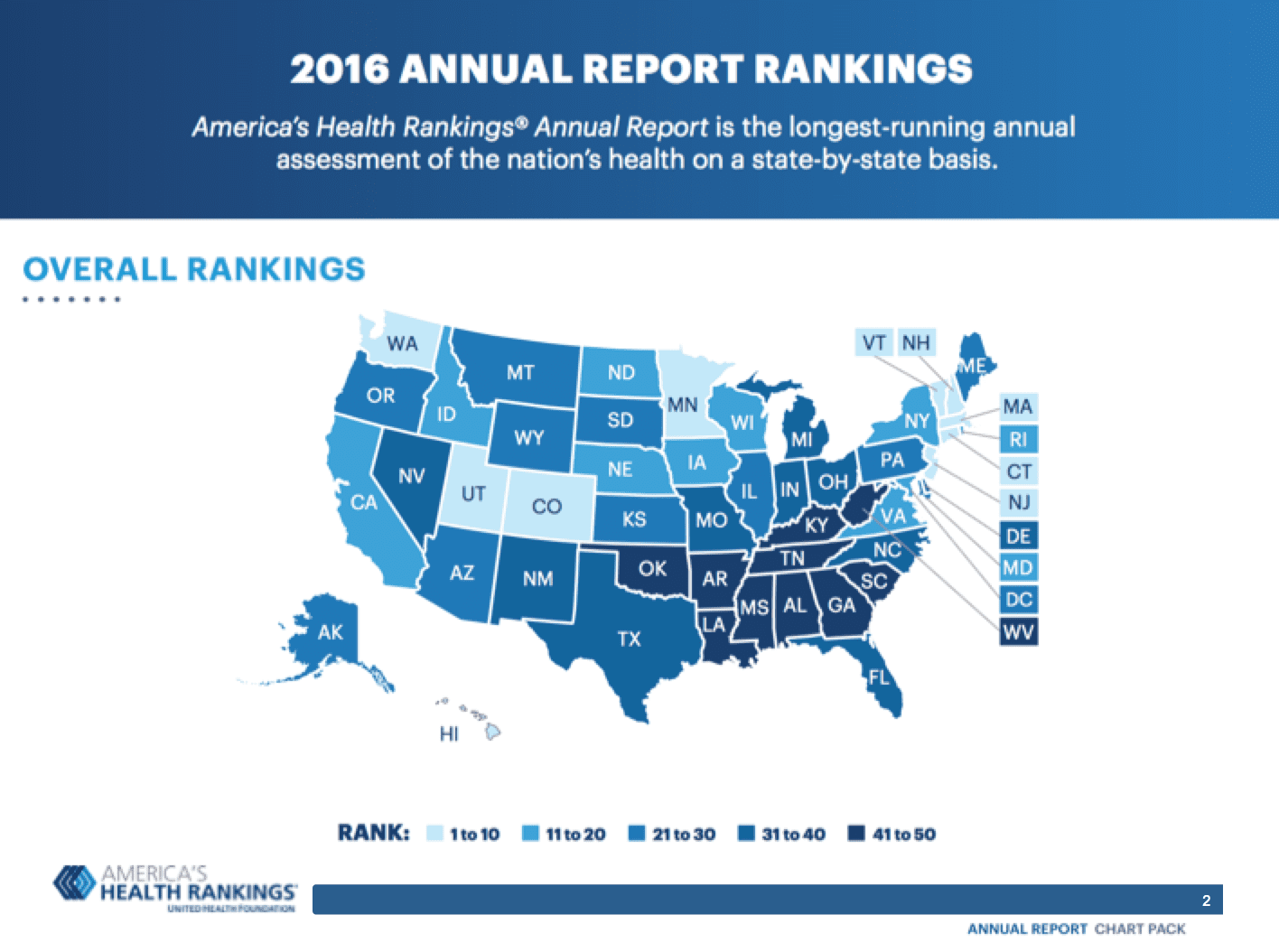 Kansas ranked 27th in the report, which rates the 50 states on a broad range of measures, including health behaviors, access to care, state policies and residents’ health outcomes. The state has hovered at 26th or 27th since 2013.

Missouri didn’t fare much better, with 32 percent of residents classified as obese. Its obesity rate also appeared to go up, though the change was not statistically significant.

—Megan Wingerter is a reporter for KHI News Service

The Rural Health Working Group wrapped up a year of meetings Dec. 13 and is now compiling a set of recommendations to present to the Legislature ahead of the session that begins Jan. 9.

Those recommendations will not include expanding Medicaid  under the Affordable Care Act — something rural hospital officials say would help their bottom line, but Colyer and other conservative Republicans say is a nonstarter. 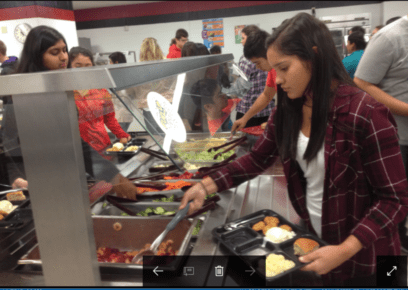 Students at Liberal High School are allowed to take as much fruit and vegetables as they’d like from the school’s salad bar. (Photo: Bryan Thompson | Heartland Health Monitor) BRYAN THOMPSON / HEARTLAND HEALTH MONITOR

Gov. Sam Brownback’s administration has requested a one-year extension of the current KanCare program while delaying a proposal for an updated version of the Medicaid managed care system.

KanCare, which placed all 425,000 Kansans in Medicaid under the administration of three private insurance companies, began in 2013 and is scheduled to expire at the end of 2017.

State officials had planned to make changes to the current contracts and then apply for a long-term extension of KanCare with the federal Centers for Medicare and Medicaid Services at the beginning of 2017.

Last year, more than 30,000 people died from opioid overdoses, which cause almost two-thirds of all overdoses in the U.S., according to data released last week by the Centers for Disease Control and Prevention. Those data also show that last year, heroin deaths went up 20 percent, exceeding gun homicides. Tom Frieden, director of the CDC, joins Alison Stewart.