‘Fed Up’ asks: Who’s to blame for obesity? 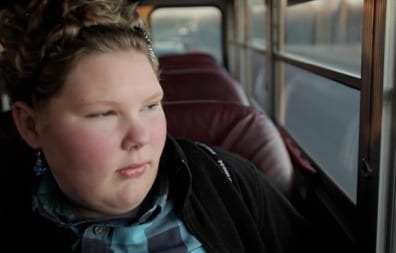 Maggie Valentine, featured in "Fed Up," is a 12-year-old Oklahoma City girl who is trying to lose weight. (Photo: RADiUS-TWC)
Share this story

Just who’s to blame for the childhood obesity epidemic? Over the years, the finger has been pointed at parents, video games and vending machines, to name a few.

To the makers of the new activist documentary, “Fed Up,” the bottom line of blame lies with a simple substance poured into our diets every day: sugar. And the pushers of what this film calls a drug and “the new tobacco” are the food industry and our own government.

“What if our whole approach to this epidemic has been dead wrong?” the film’s narrator, TV journalist Katie Couric, says in the film’s open.

“Fed Up” is the latest in a string of activist documentaries about food that are sending their messages to the mainstream via the multiplex. Whether it’s the organic movement or the traditional food production advocates, the goal is to capture the culture war with a mix of public relations, pop music and personal appeals.

Opening this month, “Fed Up” fights the directive of personal responsibility as failing American children. The mantra of “eat less, move more” is impossible for kids who have no way to circumvent the onslaught of marketing that has made them into junk-food junkies, the film says. 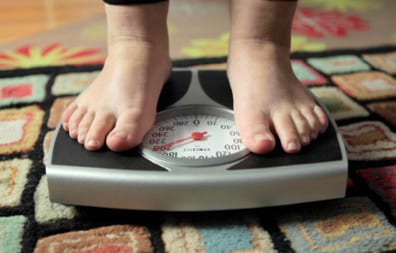 Hoping to do for childhood obesity what “An Inconvenient Truth” did for climate change, “Fed Up” takes on the USDA, First Lady Michelle Obama’s “Let’s Move” campaign and Big Food: Coca Cola, Nestle, Kraft, and Kellogg, to name a few. Laurie David, who produced the Oscar-winning “An Inconvenient Truth,” serves with Couric as an executive producer, while Stephanie Soechtig (“Tapped” and “GMO OMG”) directs.

At times the film comes off as a bit sensational, but the message is backed up with sobering statistics and the political history that got us here. Childhood obesity rateshave grown exponentially in the past 30 years, aided by the added sugar food processors threw into products to make it “hyper-palatable,” as one scientist says, during the low-fat and lean craze of the 1980s and 1990s. All the while, the food and beverage lobby spent millions winning battle after battle, a story well-told by Reuters journalists Duff Wilson and Janet Roberts in 2012.

Scientists, doctors and clean food advocates like Michael Pollan, Marion Nestle and Mark Bittman are quoted extensively. Couric also takes Agriculture Secretary Tom Vilsack to task, as well as former President Bill Clinton, for failing to do anything during their time in Washington.

But the film’s true stars are several overweight children who are trying – and failing – to lose weight. Even the children understand that the “eat less, move more” plan offered by doctors, parents and FLOTUS, is not working.

“I want people to know that childhood obesity isn’t as simple as TV and press make it seem…and even Mrs. Obama,” says a tearful Maggie Valentine, a 12-year-old Oklahoma City girl who weighs more than 200 pounds.

The food industry, which learned from the backlash generated by films such as “Food, Inc.,” and “Fast Food Nation, which vilified industrial agriculture and convenience food, is fighting the message of “Fed Up.”

The loudest retort is coming from the Grocery Manufacturers Association, which has launched a website called “Fed Up Facts” that mimics the plate-and-menu graphics of the “Fed Up” website.  A spokeswoman for the Grocery Manufacturers Association, which is also the lead in fighting state’s GMO labelingefforts, didn’t return a phone call and email seeking comment.

The Center for Food Integrity, a Kansas City-based non-profit funded by roughly $5 million from commodity groups (dairy, soybean, poultry, pork) and companies like ConAgra, Monsanto and Tyson, is also prepared for “Fed Up.” The group’s talking points and social media tips urge farmers and “leaders in the food system” to engage in what it calls “values-based discussions about today’s food system.”

Terry Fleck, executive director of the Center for Food Integrity, said in an interview that sugar is not the only reason kids are obese. Many companies are reformulating ingredients, he said, pointing to Nestle and General Mills, both members of his organization, as reducing sugar in their breakfast cereals.

“Obesity is this reality that we are consuming more calories than we are burning off and that’s easy to do in our society,” Fleck said. “The reality is we are a society that’s busy. We want convenience foods. We drive everywhere. We don’t walk like others in other cultures.”

Michele Simon, a public health lawyer who appears in “Fed Up,” said it’s becoming increasingly common for companies to create “front groups” to try to help shape the public discourse. She names the Center for Food Integrity as one such group.

“What’s going on here is that the food industry as a credibility problem,” Simon said. “So they funnel their money into these front groups that can look like they’re doing this with the sheen of credibility — and sometimes even scientists — that are bringing the industry messages into the public discourse.”

The ag industry is also taking a page from the activist documentary book, recently releasing a mainstream movie called “Farmland.” It was produced by the U.S. Farmers and Ranchers Alliance, which is funded by companies like Monsanto and ag interests like the egg and pork boards.

The lush pictures, authentic voices and soaring music in “Farmland” is intended to lull the backlash created by the documentaries, or the even more popular video created by Chipotle, the Mexican fast food chain. Called “Scarecrow,” the video has a soundtrack by Fiona Apple and portrays farming as a factory that spits out little boxes of beef. It’s been viewed more than 12.6 million times.

That public discourse – or at least the PR — shouldn’t include the agricultural community, said Robert Paarlberg, a Wellesley College political science professor and author of the book “Food Politics.” He’d like to see the ag community do what he calls “conscious distancing” from food companies.

“I think the food industry sometimes maneuvers farmers into joining with them shoulder-to-shoulder in defense of the status quo,” he said, “and I don’t see what farmers get out of that.”