For Farmers, Every Planting Season is a High Stakes Bet 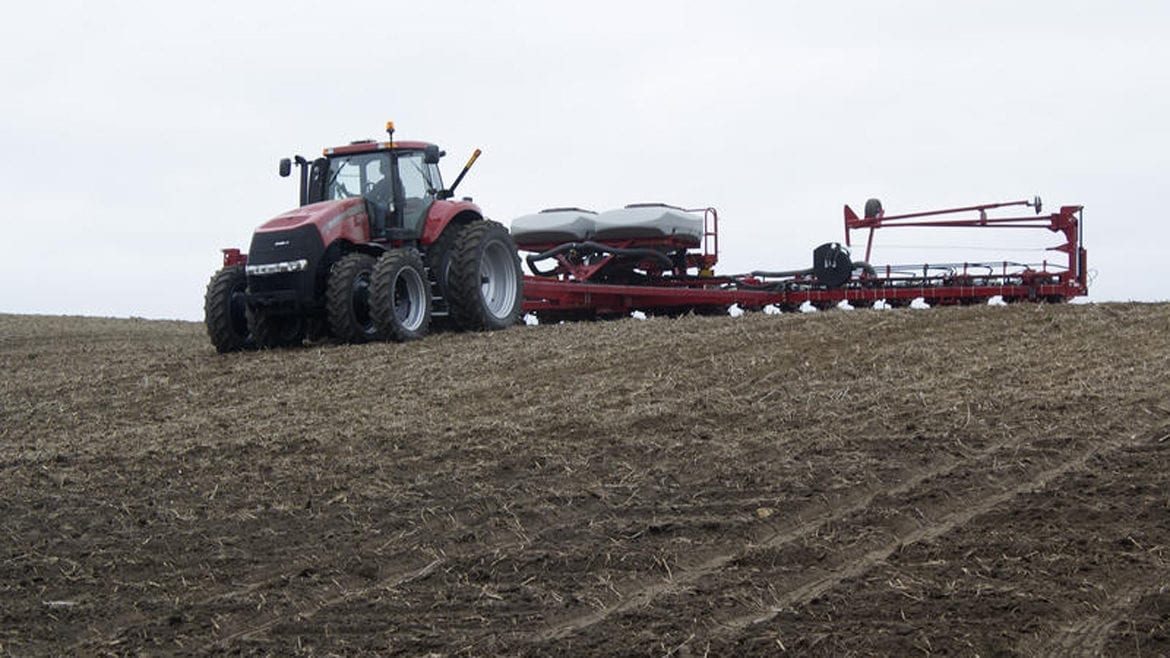 A farm hand on the Nelson farm in north Iowa drives a tractor pulling a 24-row planter as it drops corn seeds into the field. (Photo: Amy Mayer | Harvest Public Media)
Share this story

Planting is underway across the Midwest. As farmers like Nelson put seeds in the ground, they’re also putting their confidence in another crop season and the decisions they made over the winter.  Confronting lower prices for corn and soybeans, on top of the routine challenges of labor, weather and expenses, some farmers are grabbing new opportunities where they see potential for a little extra profit.

Nelson farms with his father, uncles and a cousin in north Iowa. This year, the Nelsons are growing a new product that will fetch a premium price.

“One of the things we’re doing this year is, we’re growing a certain kind of corn that’s specifically designed for ethanol production,” Nelson said.

They have to keep it separate from the other types of corn they’re growing and then contract with a transportation company that only carries that kind of corn. But the math they did over the winter shows this is a good bet. After lots of calculations, their year’s profit rests on decisions like that one.

Why are planting decisions such a big deal? Imagine if you ran a restaurant but you had to order absolutely all of your ingredients in April. No way to know how many customers you’ll have or what they’ll order. That’s the kind of risk farmers like the Nelsons have to juggle.

Josh Nelson came back to join the farm in late 2012, just as the markets started to tumble. Economists expect corn this year to fetch some of the lowest prices in nearly a decade. To make it work, Nelson says, each farmer in his family has to leverage a little something extra from the business, beyond working together on the row crops.

“On my own operation I’ve got about a half-acre of produce I sell through the producer cooperative in Mason City,” he said. One uncle finishes hogs. “And then another one of my uncles raises hops and barley for local beer.” 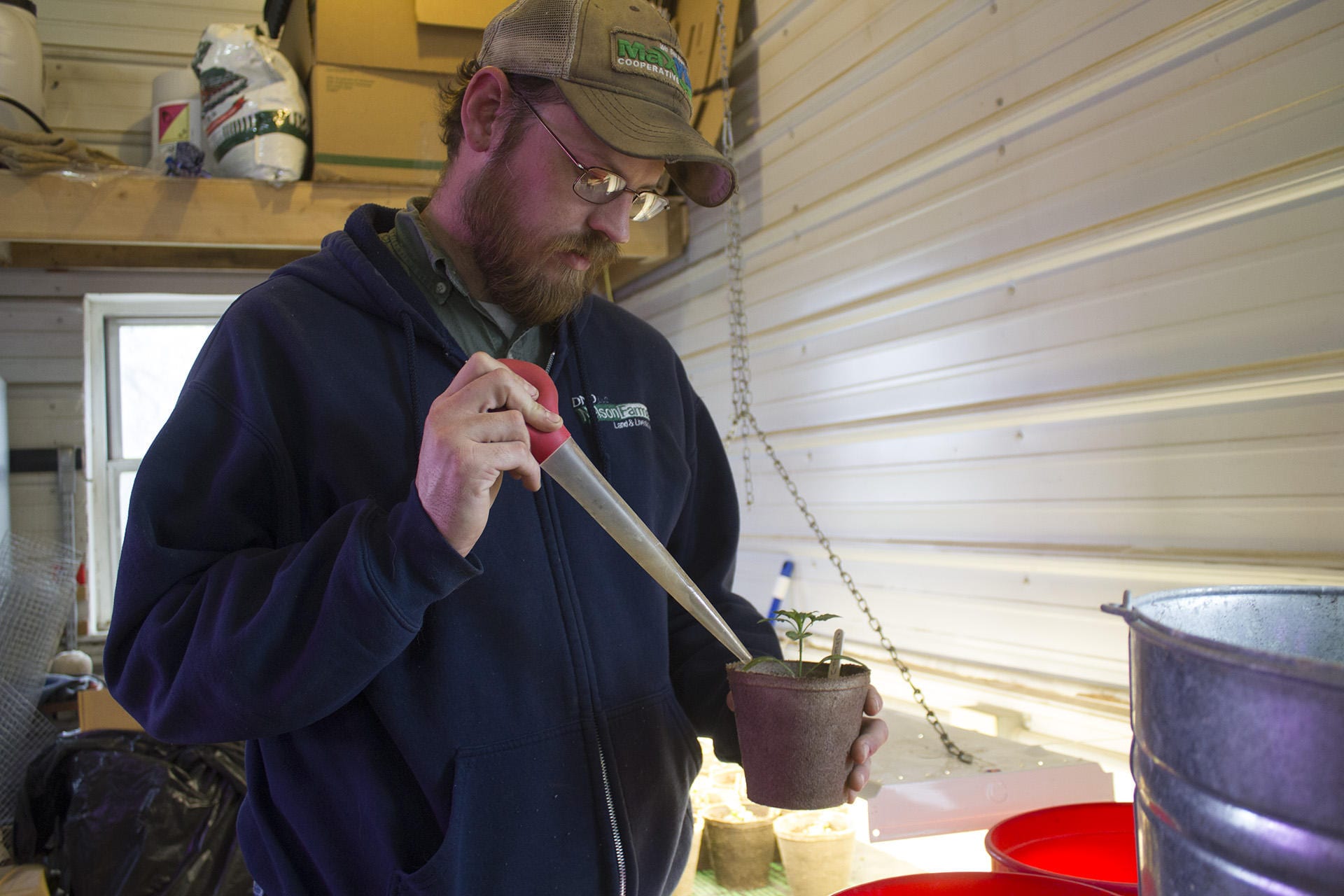 For a restaurant business, you might open a catering arm to bring in additional business. You’d probably use a computer to track your inventory and manage new clients. And you might consult with distributors or grocers to figure out how best to anticipate the year.

In the Nelson farm office, a row of white ring binders fills a shelf, holding more than a decade of farm records. The family uses special software to help them keep track of past yields, expenses and other data. Nelson says planning the farm year also involves talking to experts.

“You got to have a lot of outside help.” He says his family works with an agronomist and a seed dealer. “We talk a lot with our banker.”

Up the road and across the Iowa River from the Nelson farm, Dennis Sloth is vice president of First State Bank in Belmond, Iowa. Despite lower prices and a gloomy outlook from the U.S. Department of Agriculture, which says farm income will be down again this year, Sloth says he has not had to re-write a single farm loan.

“Our farmers will get through this,” he says, “but they all have to be really aware that you do need to make a profit farming.” It’s no good to just spend down savings in the tough years.

In fact, he’s already seen some farmers cut expenses by giving up fields they’ve been renting—something Sloth says is rare because farmers want to hang onto precious land.

About an hour south of the Nelson farm, Gary Guthrie’s family recently celebrated 50 years on their Story County farm. Guthrie’s parents never farmed it, they always rented out the row crop acres. When Guthrie came back to the farm in 1997, he started growing produce for community supported agriculture on just two acres right by the house. That business got too big for him and now he focuses on just a few vegetables, including carrots, garlic and sweet potatoes.

Guthrie cares about corn and soybean prices because his row crop acres have to make money to keep the whole enterprise afloat. Also, he needs buyers for all his veggies and tries to line those up before he makes final planting decisions. As he does that, though, he’s not thinking only about money.

“If I plant something it means work,” he says. “Is that work worth the work that I’m going to put into it and what am I going to get out of it?”

Business owners make decisions like these all the time, but they usually have the option to change course throughout the year. Farmers really don’t. That makes planting decisions feel particularly fraught, especially in a lean economy.

Big Mood Swings Down on the Farm