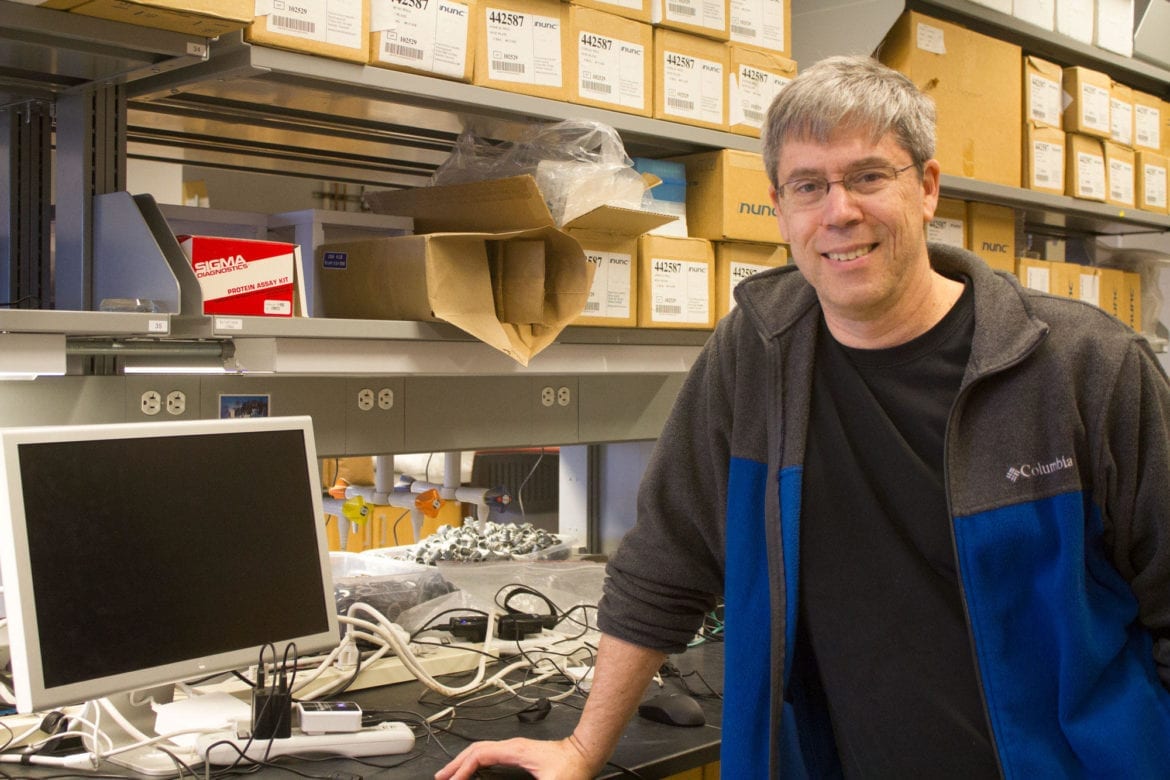 This summer, in cornfields in Iowa and Nebraska, about a thousand small point-and-shoot digital cameras will be enclosed in waterproof cases, mounted on poles and attached to solar-powered battery chargers. They will take pictures every ten minutes as plants grow; all part of a plan to create better seeds.

“We watch plants go through their normal growth and development and also we watch them respond to environmental stressors, like drought and so forth,” says Pat Schnable, director of the Plant Sciences Institute at Iowa State University.

The institute still has greenhouses and traditional wet labs, but the time-honored tradition of crossbreeding plants again and again to get the best traits is no longer the primary way the science is done. Now, scientists are harnessing the power of Big Data in an effort to make the process more focused and faster. That means plant breeders can potentially bring more different new seeds, maximized for different environments, to market faster. More productive seeds ultimately lead to more food for the world’s growing population.

Once scientists sequenced the human genome about 20 years ago, plant breeders adapted that breakthrough to mapping plant genetics.

“That technology was directly transferable to crop plants,” Schnable says, “DNA is DNA.” 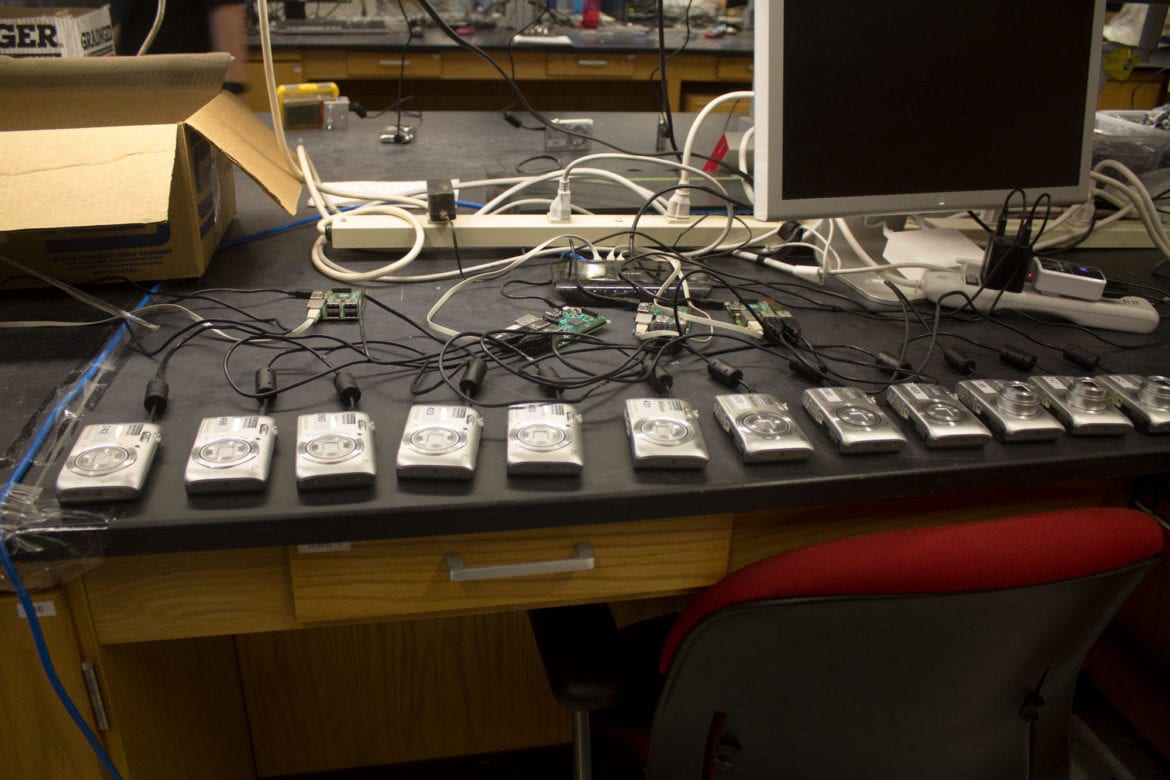 These are among the roughly thousand cameras that will take pictures of fields every ten minutes. (Amy Mayer | Harvest Public Media)

These are among the roughly thousand cameras that will take pictures of fields every ten minutes. (Amy Mayer | Harvest Public Media)

These are among the roughly thousand cameras that will take pictures of fields every ten minutes. (Amy Mayer | Harvest Public Media)
The research possibilities exploded. To make use of them, however, Schnable says biologists needed ways to handle copious amounts of information. Imagine collecting one photo every ten minutes for several months, times a thousand cameras. In addition to biologists and chemists, Schnable needed to bring in people with expertise in computational science and engineering to deal with that much data.

Now, engineers create sensors and other physical tools to gather information. Computational scientists write code that pulls out the useful bits and bytes from all those image files the cameras make. And then the biologists can study the results and design focused experiments about, say, why some plants grow taller.

“Using statistical approaches, which didn’t exist 20 years ago also, we can make very strong hypotheses about which genes are regulating height,” Schnable says.

By marrying the genetic advancements and custom technology, Schnable says his team can move more quickly and deliver more bang for the research buck. And it’s not just theoretical.

The Swiss agricultural company Syngenta has an entire group dedicated to computational science. At its research center in Slater, Iowa, Mark Hamilton pulls up software that shows a map of North America and all the places where soybeans are grown. He can overlay data about the soil type, the average temperature and the density of acres planted in soybeans. Then, he can ask the program to show him how different seeds performed in different places. He clicks a few options and then looks at how one hybrid seed compares to others. 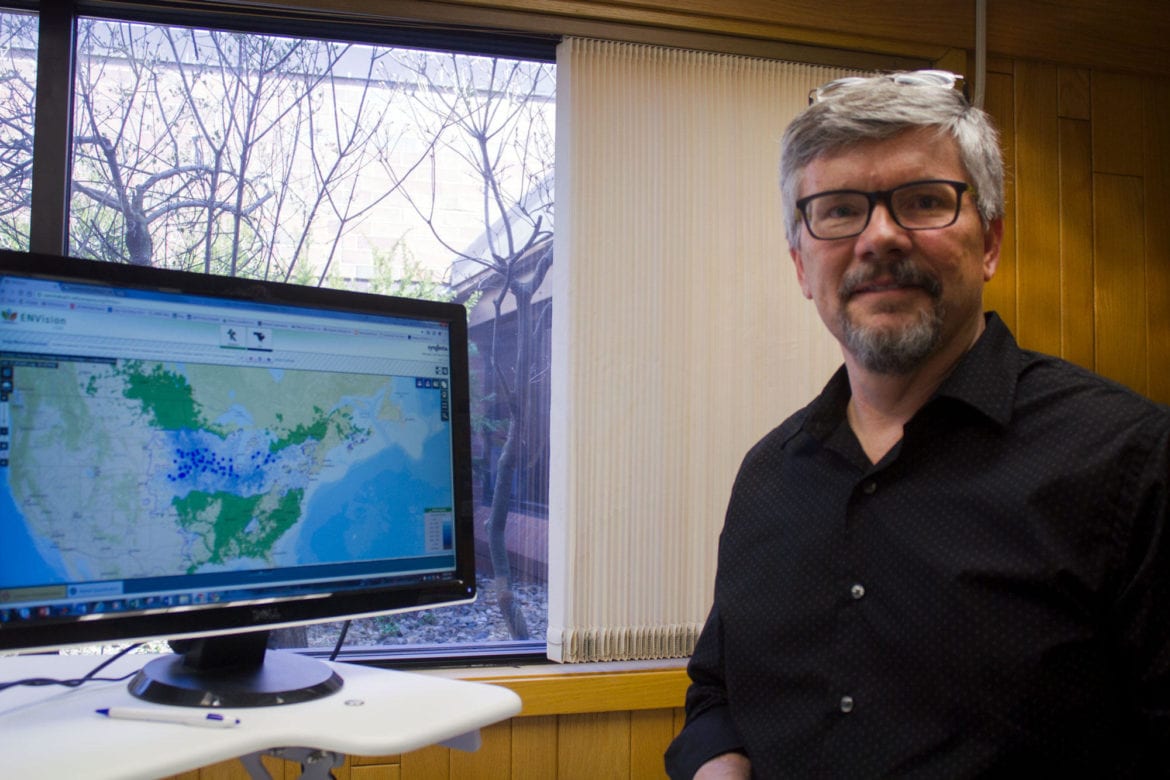 “Its average yield is 65.2 and it’s winning by 1.5 bushels versus a competitor,” he says, reading off his screen. “So, all in all, that’s a very strong product.”

“How do we bring mathematics to a field in the way that it has in a lot of other industries, whether you’re FedEx, Chevron, Microsoft, Google?” he says. “Now we’re just trying to bring that to agriculture.”

Advances in technology have always brought changes to our food system and big companies like Monsanto, DuPont and Syngenta have massive research budgets. Big Data is the latest interdisciplinary approach. Byrum’s team includes biologists, agronomists, mathematicians – even an experimental physicist. Once you present a problem in a way everyone can work on, he says, the broad-based approach to solving it reaps rewards. That, in turn, attracts top talent.

“There’s this impression that this type of innovation needs to occur in Silicon Valley or a place like Boston,” he says, “and the level of innovation that’s actually occurring in Des Moines, Iowa, I think, is extraordinary.”

And a young, ambitious data scientist is going to find the rent is a lot cheaper on the prairie than on the coasts.