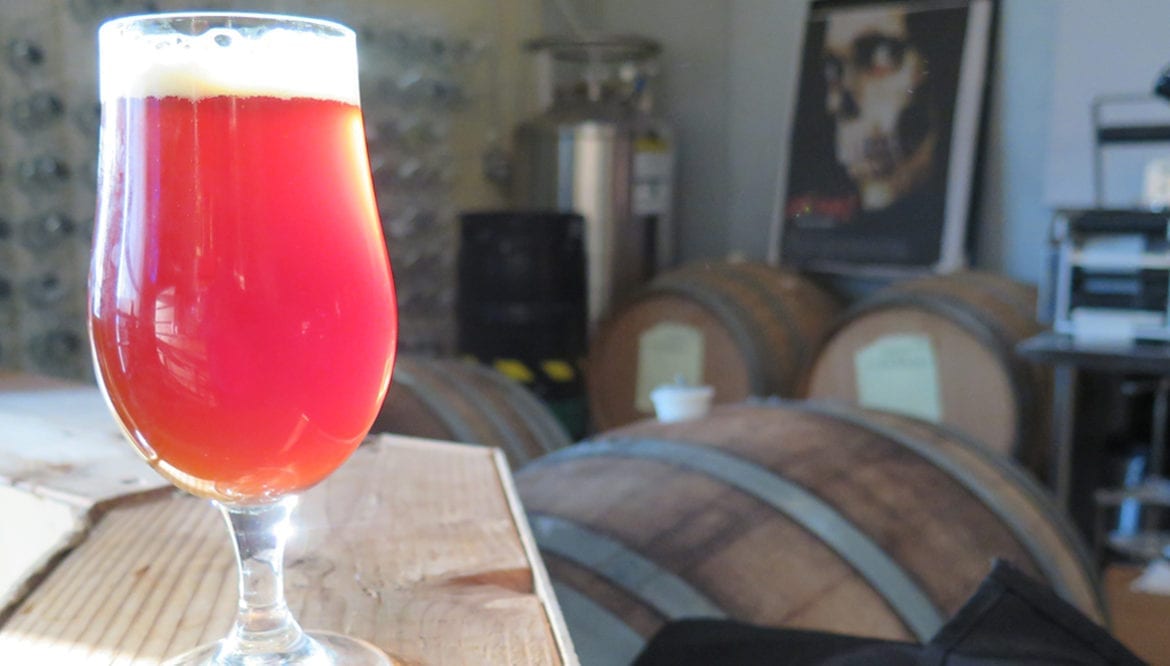 Anti-grabber Irish Red is one of two beers that The Big Rip Brewing Company will release for Snake Saturday. (Pete Dulin I Flatland)
Share this story

The annual Snake Saturday Parade in North Kansas City, scheduled to start at 11 am, brings up to 100,000 participants, spectators, and revelers to the city. The parade begins at 16th and Swift Street. As a reminder, the city has a zero-tolerance policy about carrying open containers of alcohol. It’s smart to dance a jig to a local taproom and imbibe responsibly.

To aid in getting jiggy with it, The Big Rip Brewing Company (216 E. Ninth Avenue, North Kansas City) will have two seasonal beers available that day. Available on tap around March 7th, Anti-grabber Irish Red is named after the Irish movie “Grabbers.”

Kipp Feldt, co-owner of The Big Rip, said the beer “has a touch of sweetness to start and a slight dry finish. It is lightly hopped. One should also pick up on a well-balanced caramel and toasted malt characteristic with a dark amber to red color profile.”

The Priest Mint Chocolate Milk Stout is named after a “Gangs of New York” character.

“The Priest will be [available] Snake Saturday morning,” said Josh Collins, brewery co-owner. “It’s our traditional milk stout with real peppermint [added] while it was brewed and again in the fermenter. Cocoa and milk sugar gives a dark chocolate flavor that is complementary to the stout without being overpowering or sweet.”

Check the calendar below for details on Snake Saturday events. 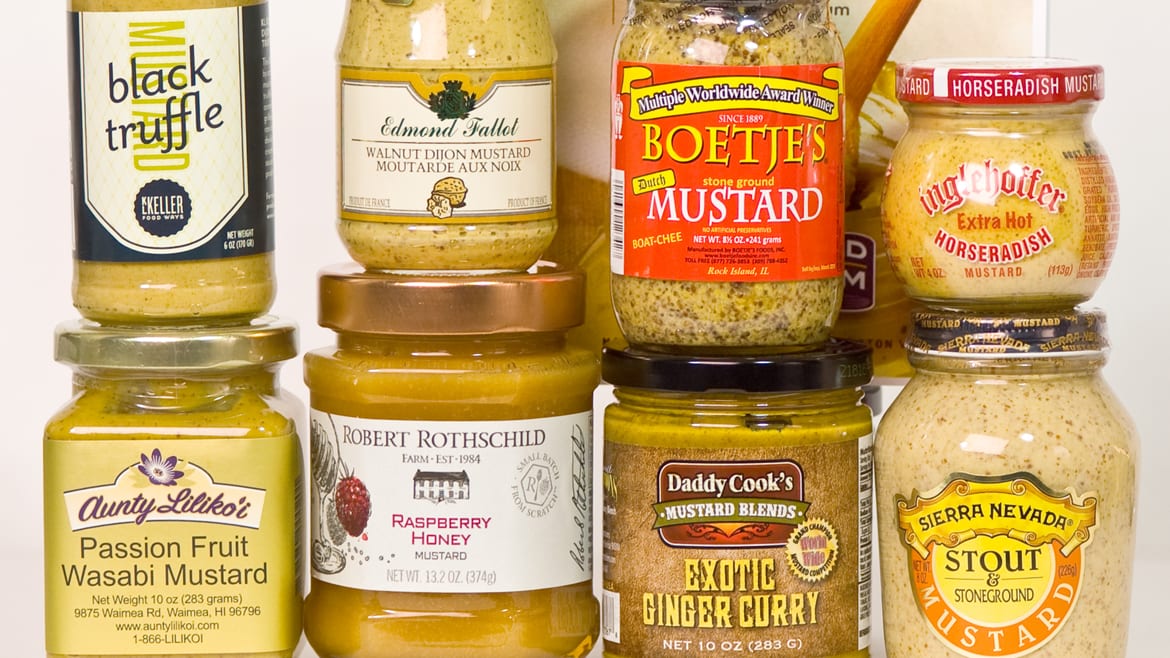 Earlier this month, Free State Brewing Company (636 Massachusetts Street, Lawrence) launched its annual March Mustard Madness. Free State offers its customers a chance to win a set of 64 different mustards in a drawing, held at the end of the month, that sees several thousand entries.

The annual tradition has been an ongoing collaboration with Barry Levenson, founder and curator of the National Mustard Museum in Mt. Horeb, Wisconsin, for the past two decades. Levenson curates the list of 64 mustards.

“The tradition originally grew out of a desire to escape the doldrums of winter and offer a splash of flavor, or as our owner Chuck Magerl would call it, ‘a springtime tonic to the tastebuds.’” said Geoff Deman, Free State’s brewer and director of brewing operations.

Visit Free State Brewing to enter the contest for a chance to win a bonanza of mustard.

JumpsTart IPA (39 IBUs, 6.9 percent ABV) is Free State Brewing Company’s (636 Massachusetts Street, Lawrence, Kansas) monthly specialty release draft offering for March. These releases are typically produced at its original brewery and released in small quantities. The beer will be on tap at a handful of accounts in Kansas and Missouri.

“Nelson Sauvin, Mosaic, and Citra hops contribute zesty flavors of passionfruit, lemon, mango, and papaya along with the accompanying aromas in this tart, kettle-soured IPA,” said Deman. “The sugars collected in the kettle are soured overnight with Lactobacillus bacteria before being boiled the subsequent day, incorporating hop flavors into the tart, sour base.” 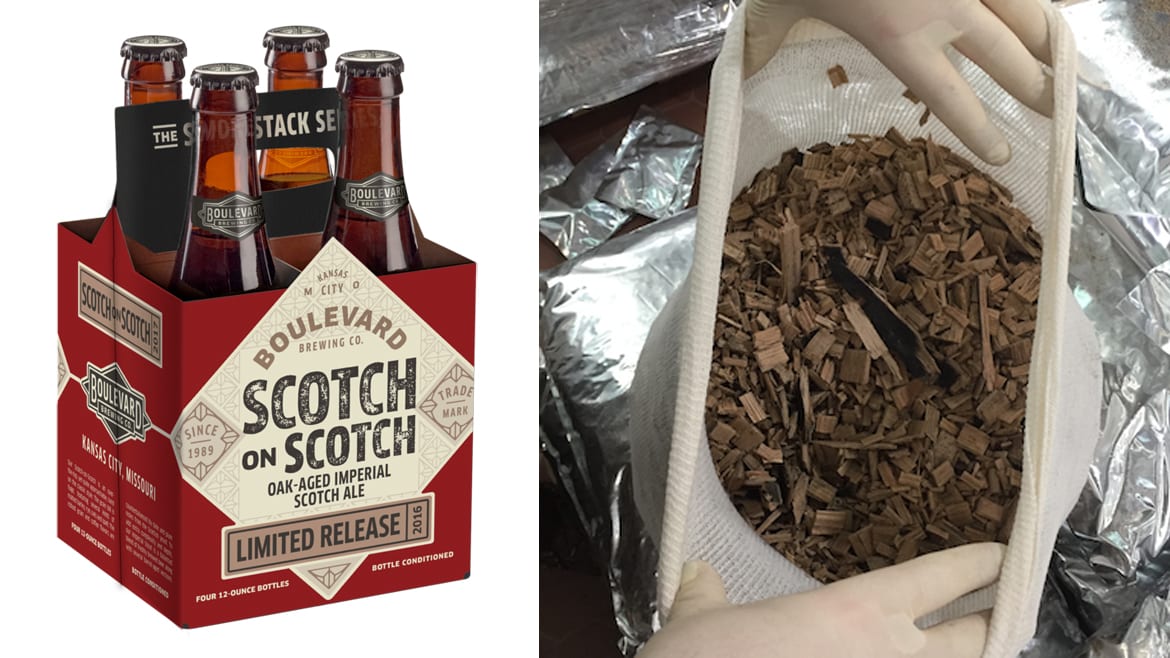 Ambassador brewer Jeremy Danner describes the play-by-play on Scotch On Scotch. Namely, “its massive malt presence” is derived by “layering caramel and amber malts with just a touch of peat-smoked malt for additional complexity.” Brief resting on oak chips after primary fermentation teases out “rich woody, char, and vanilla notes.” Aromas of fig and raisin emerge over the beer’s subtle oak and whiskey character. Flavors include hints of “toffee and molasses with a slightly sticky mouthfeel.”

The Foundry (424 Westport Road) hosts Deschutes Brewery for its Community Pints from 4 to 7 p.m. All proceeds from sales of Deschutes’ Pacific Wonderland Lager go to Bike Walk KC.

Mike’s Wine and Spirits (8447 Wornall Road) will have beer samples from Uinta Brewing out of Salt Lake City, Utah, from 4 to 7 p.m.

Double Shift Brewing Company (412 E 18th Street) releases Turk Kahvesi with a coffee, beer, chocolate pairing. This coffee stout (7.5 percent ABV) pairs well with Dutchman Coffee Roasters coffee (which is used in the beer) and Bizz & Weezy Confections chocolate. For the beer release, Double Shift will have a $9 pairing flight of beer, coffee, and chocolate available for purchase all day. Dutchman and Bizz & Weezy will be holding pop-up shops from 2 to 6 pm.

Miami Creek Brewing Company (14226 Northwest County Road 14001, Drexel) will release its Lemon Thyme Saison on draft on March 11 and 12. “The farm-grown thyme adds a subtle lemon flavor and aroma. It adds to the bitterness of this farmhouse ale, which is also brewed with a small amount of lemongrass to accentuate the lemon characteristics,” said owner and brewer Will Reece.  This small-batch release won’t be available again until more lemon thyme is harvested in late summer to early fall.

Grain to Glass (1611 Swift Street, North Kansas City) hosts its Snake Saturday Parade Beer Garden from 9 am to 9 pm. Cover is $5. Park in the lot for $20. Irish coffee, corned beef and cabbage, fries, brownies, and beers on tap for sale. Winners of the Irish Homebrew Competition will be announced at 10 a.m.

Elsewhere, Fringe Beerworks (224 SE Douglas Street, Lee’s Summit) will be on the front lines of the Snake Saturday Pub Crawl and Parade in Downtown Lee’s Summit from 10 a.m. to 1:30 a.m.