Black Labs owners Carl and Julie Hinchey will stay on board with Carl continuing to produce meads out of Big Rip’s facility.

“We’ve always wanted to be able to serve out of a taproom, but it hasn’t made sense at our current scale,” Carl Hinchey said in a news release announcing the deal. “We’re really excited to be able to have our meads on tap alongside Big Rip’s awesome beer line-up where we think there will be something for everyone. On top of that, we’ll be able to make bigger batches, and new styles that we weren’t set up for before, like sparkling meads and beer/mead hybrids.”

Black Labs will officially close the doors to their Olathe facility on July 25. As soon as the proper licenses are secured they’ll make the transition and begin producing mead at Big Rip. 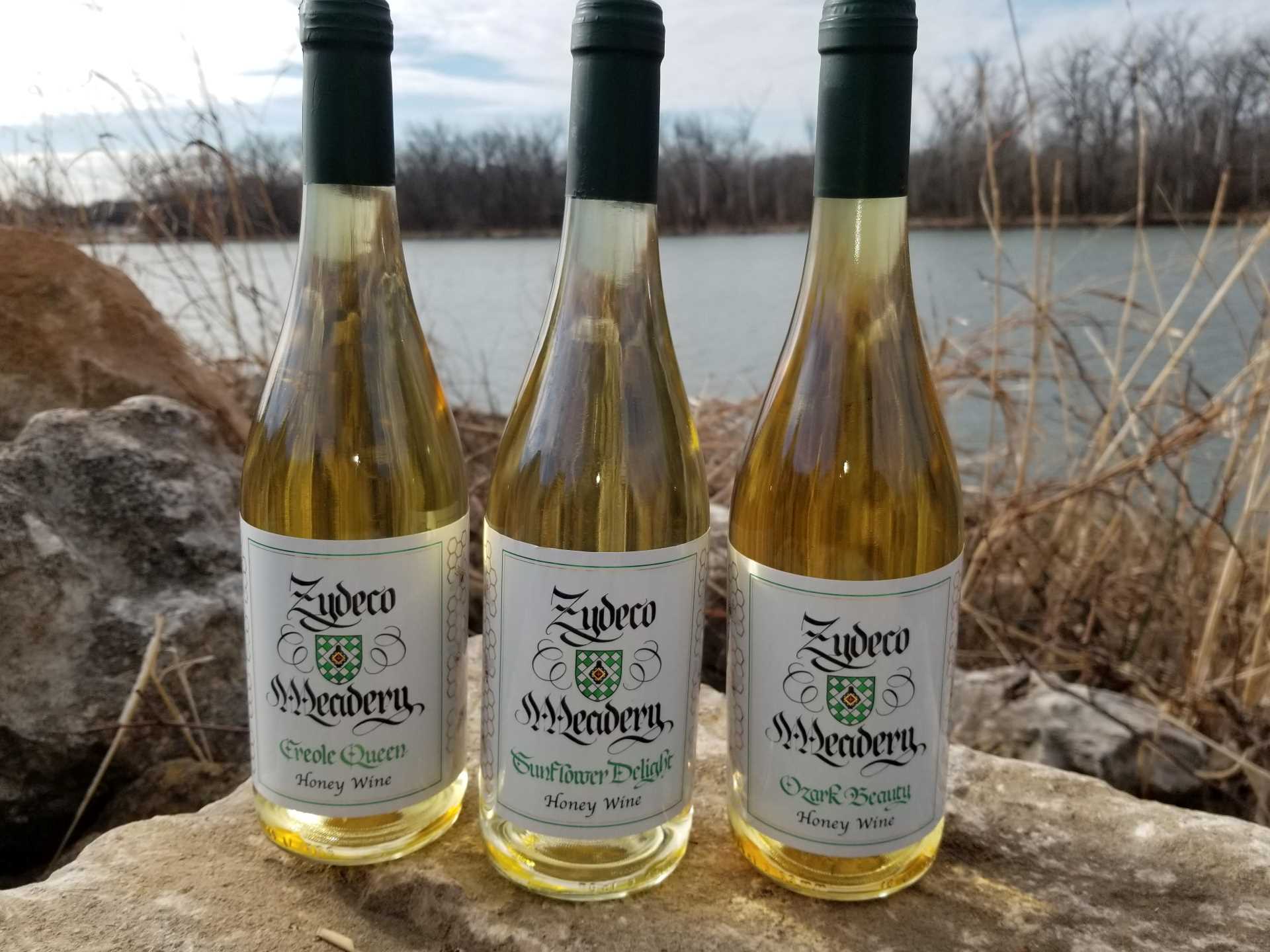 Black-Owned Meadery Taps French Caribbean Culture on the Kansas Prairie Zydeco Meadery, based out of Highland Community College in Wamego, Kansas, is producing a variety of meads that tap into French Caribbean culture.

Pathlight Brewing — 11200 W. 75th St., Shawnee, Kansas — has a double release this week. The first is their new B61: Amarillo. This 6.1% ABV hazy pale ale series focuses on showcasing one hop at a time. The Amarillo hop in the latest release has bright floral notes and citrus flavors such as grapefruit and sweet orange. They’ve also released She Is Might, the collaboration beer between Crane Brewing Co. and Screenland Armour we wrote about last week, in the taproom. The 4% ABV Australian sparkling golden ale has flavors of sweet orange, passion fruit and guava.

Not Lost Brewing Co. — 229 S. Main St., Ottawa, Kansas — has released a new beer that may as well be a melted candy bar. Chocolate Coconut Milk Stout comes in about 6% ABV and is a milk stout brewed with coconut, vanilla beans and milk sugar. The resulting beer has varying depths of chocolate flavor with a hint of coconut.

Rockcreek Brewing Co. — 5880 Beverly Ave., Mission, Kansas — is getting cosmic with their latest beer. Named after one of the most recognizable constellations during summer, Cygnus is a very drinkable 4.5% ABV milk stout. You’ll get cocoa and nuttiness on the nose leading to flavors of milk chocolate and roasted malts with a smooth finish.

River Bluff Brewing — 201 Main St., Kansas City, Missouri — released the third and final beer from their Gulpfulls trilogy. Gulpfulls 3: Saturday Morning Cartoons is a 6.8% ABV hazy IPA. This version brings you flavors and aromas ranging from tropical fruit to fruity cereal. The flavors in this beer may transport you back to the days of eating your favorite fruity cereal while watching Saturday morning cartoons.

3Halves Brewing Co. — 110 E. Kansas St., Liberty, Missouri — just released a very interesting beer. Lai•chee is a 5.3% ABV sour ale. What makes this beer so unique? The brewers used Australian Greek yogurt to sour the beer instead of the typical sour yeast strains such as lactobacillus or brettanomyces. The nose features aromas of rose and grape with a little bit of bubblegum. You can expect similar flavor characteristics followed by mouth puckering tartness.

Border Brewing Co. — 512 E. 18th St., Kansas City, Missouri — wants you to beat the heat with their latest release, Backyard Kolsch. This German-style ale was designed to be the perfect sipper for Border’s backyard patio. It’s light, clean, crisp and has a smooth finish. At just 5% ABV it’s easy to knock a few back.

Alma Mader Brewery — 2635 Southwest Blvd., Kansas City, Missouri — put out a brand new juicy pale ale. Not Far Away might be a pale ale, but it packs the hop punch of an IPA. The beer has flavors of white peach and ripe mango enveloped in a soft mouthfeel. At 5.8% ABV, it’s a beer that’s easy to drink over and over again.

Cinder Block Brewery — 110 E. 18th Ave., North Kansas City, Missouri — is throwing a release party for their collaboration beer with Tall Trellis Brew Co. Cold Comet is a cold IPA brewed with Comet hops from Kansas Hop Co. In addition to the beer being freshly tapped, Betty Rae’s will have their ice cream truck on site serving up sweet treats from 6-8 p.m.

Crane Brewing Co. — 6515 Railroad St., Raytown, Missouri — is throwing their sixth annual Tiki Night. The event will celebrate the return of Tiki Weiss as well as the release of two brand new Tiki-themed beers. Beers will be poured in limited edition special glassware. Crane will welcome in a couple of vendors to help mark the occasion. Boozy Botanicals will be on site mixing up delicious cocktails. Harp Barbecue will be serving up a special menu for all your food needs. A portion of the sales from the event will be donated to Children’s Mercy.

Sandhills Brewing — 5612 Johnson Drive, Mission, Kansas — welcomes back Christi Brunner for another Poses & Pints yoga class. This hour-long class is perfect for newbies or anyone looking for a gentle yoga flow to start their day. Once the class is over you’ll be able to get a full beer pour of your choice.

KC Bier Co. — 310 W. 79th St., Kansas City, Missouri — is hosting a Drink to Donate event. The premise is quite simple. You hang out at the brewery and buy beer, they donate $1 from every full pour sold to charity. The proceeds from this event will be donated to Hearts for Ronald McDonald House Charities. This nonprofit brings awareness and support to families who are currently or will be staying at the local Ronald McDonald House.

Boulevard Brewing Co. — 2501 Southwest Blvd., Kansas City, Missouri — is partnering with the Chicken N Pickle location in Overland Park for a fun event. The duo will be hosting the Boulevard Can In Hand Pickleball Tournament. Standard pickleball rules apply with one big twist. You must have a can of beer in your hand at all times! After the tournament is over there will be an after-party at the Tiki Shack. The price per team is $60.

Double Shift Brewing — 412 E. 18th St., Kansas City, Missouri — is throwing a 7th Anniversary Bash. To celebrate, the brewery will be open all day and will feature a throwback camp-themed party. The event will feature new beer releases including two different collaborations. They’ll have Tacos Valentina on site dishing out food from 2-5 p.m. along with Cottontale/Cookies & Creamery serving their sweet treats from 3-5 p.m. Dansclvb will be spinning records from 6-9 p.m.

Servaes Brewing Co. — 10921 Johnson Drive, Shawnee, Kansas — is celebrating all things salsa with their newest event Salsa Day. The event will feature four salsa-themed beers, all of which are new releases. In addition to that, Servaes will have a free salsa bar with salsa samples from several vendors.