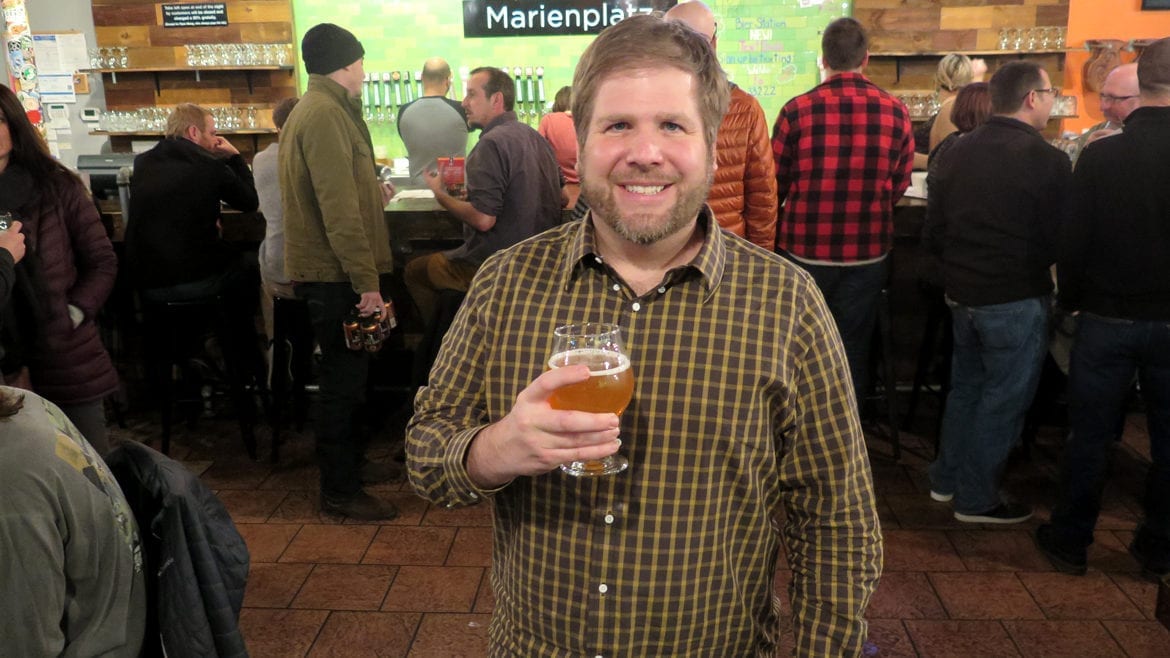 Bier Station's John Couture looks back on the past five years for the beer bar in this week's TapList. (Pete Dulin | Flatland)
Share this story

Bier Station (120 E. Gregory Blvd.) gears up to celebrate its fifth anniversary on Jan. 13. As that anniversary approaches, founder John Couture reflects on the craft beer taproom and retail shop and its place in the community.

Flatland: What would you change if you could start over again?

“I wish 2017 John could go back a la Marty McFly and tell 2012 John that it will all work out. It was ridiculously stressful and nuts at points to start a crazy business like this from scratch. At our soft opening, I was so nervous that when I served someone the first beer, I promptly poured it right into his lap. Luckily, he was understanding.”

What aspects of Bier Station make you proud?

“We’ve stuck to our goal to make craft beer approachable to the general public. We’ve developed a reputation as a place for beer geeks, but also where people who are curious about beer and don’t know that much can come enjoy and learn without judgement. Our staff works hard to be friendly and welcoming. I’m also happy with our new charitable efforts in the last year. We are closing in on $100,000 raised for the community in 2017. That blew away my initial projections. I hope we build upon that in 2018 because giving back is a big deal for all of us here.”

Most memorable event or moment?

“I remember the moment we were first selected as one of DRAFT Magazine’s Top 100 US Beer Bars within a year or so of us opening. It was a shock. We were selected two more times since, but the first one was truly special. Also, we decided literally overnight last winter to host a fundraiser for the ACLU because of announced rollbacks on immigrant rights. We raised more than $7,000 with 24 hours notice for the event. That event really kicked off our fundraising efforts.”

What accounts for the taproom’s success?

“Despite my startup-phase anxiety, I did feel Bier Station would do well because of the craft beer explosion. But I wasn’t sure how it would evolve. We are this unusual hybrid of a neighborhood pub, but also a place where beer tourists or industry folks coming to Kansas City seek out. I think that blend has helped us succeed. There’s nothing more fun than talking to a regular at the bar when a famous brewer or owner just pops in the door and they all just start chatting over beers. Quite a few people tell me that it’s almost more of a coffee-shop vibe than a bar, which I think strangely fits.”

What do you enjoy the most about Bier Station?

“Every time I walk into work, I try to remind myself how lucky I am. Our staff is such a terrific, friendly bunch. Work isn’t always fun, but the vibe they give off consistently feels like friends hanging out rather than people working a job. I feel the same way. When I talk to people in the industry, we all feel so fortunate to be in the craft beer world. It’s collaborative and friendly. I wish more of the American business world operated this way. Maybe someday it will.” 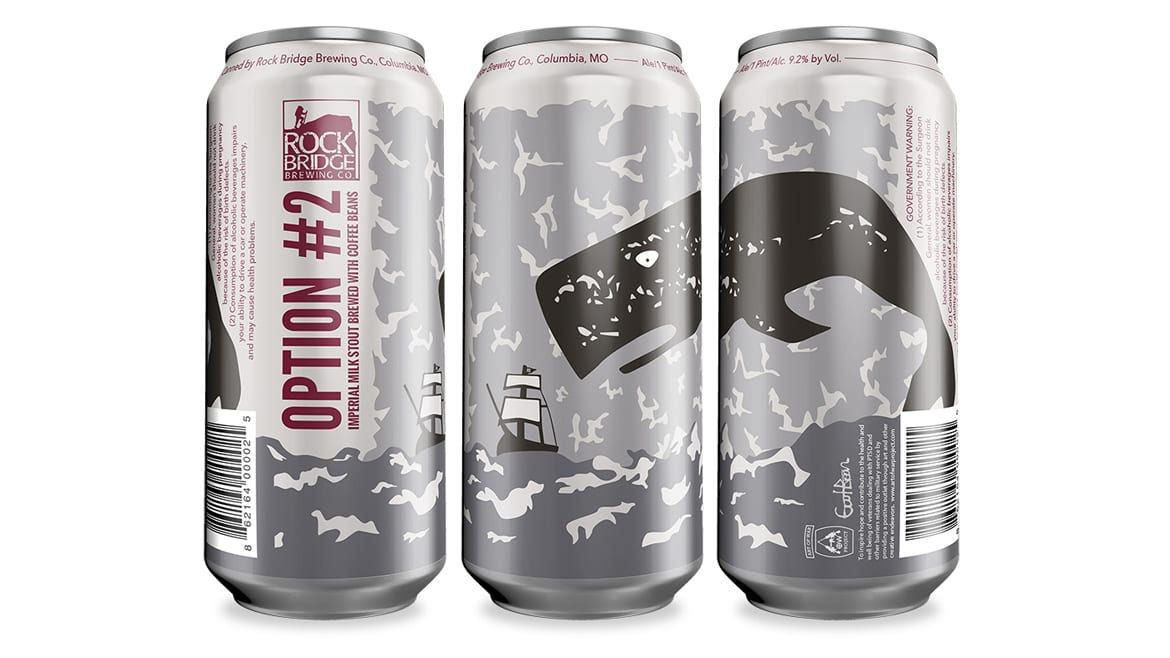 Dates are set for Boulevardia, the fifth annual urban street festival, on Friday, June 15 and Saturday, June 16, in the Stockyards District. Once again, Taps & Tastes will be a featured event. More details to come in 2018. 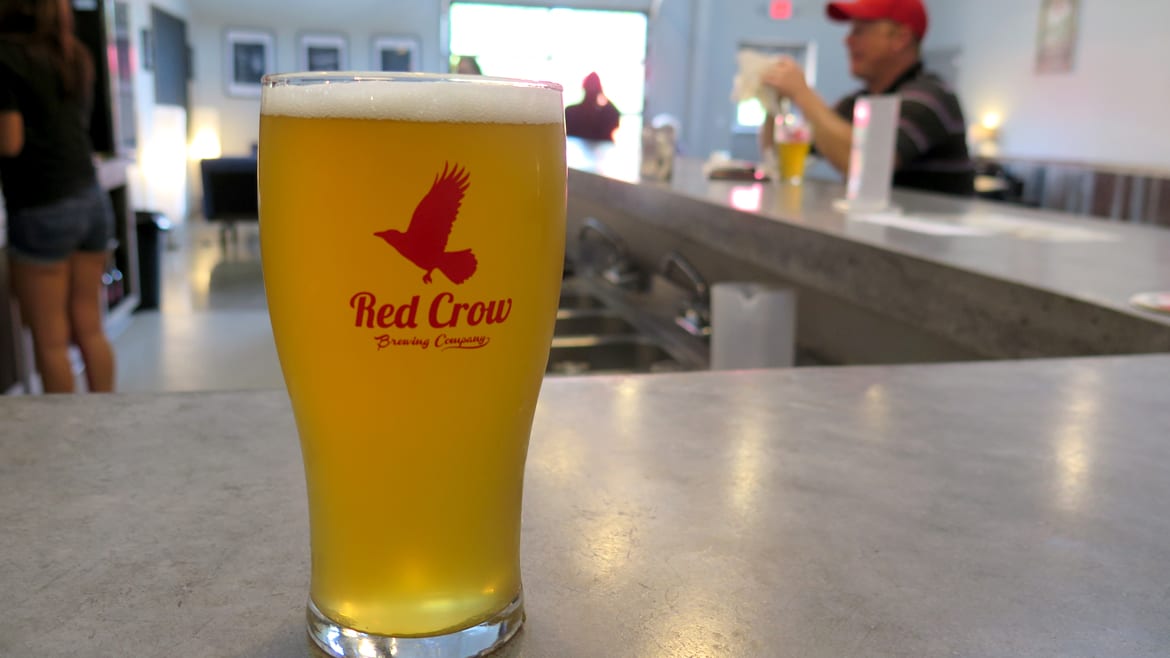 Martin City Brewing Company takes over the taps at Grinders Stonewall (10240 Pflumm Road, Lenexa, Kansas) from 4 to 7 p.m. Hardway IPA, Alchemy Coffee Stout and Kentucky Friar are on tap, and Belgian Abbey and Sideway are available in cans.

This week’s Thursday Tastings series ($15) at Grain to Glass (1611 Swift St., North Kansas City, Missouri) features barleywine. Explore five beers in this style and discuss the breweries from 5 to 7 p.m.

Rock the Eighties and Nineties at Cinder Block Brewery’s (110 E. 18th Ave., North Kansas City, Missouri) Blast from the Past NYE party. Sport your best look from either decade and compete in the costume contest for a $100 gift card grand prize. Get jiggy as a live DJ spins select cuts, sing karaoke and nosh at the hot appetizer bar. Year-round beers are $3 all night. Complimentary champagne toast and first beer included with ticket ($30 advance).

Red Crow Brewing Company (20561 S Lone Elm Road, Spring Hill, Kansas) closes its doors today at its current location. The owners, who are securing a new location to be announced, invite patrons to visit for one more round at their original taproom.