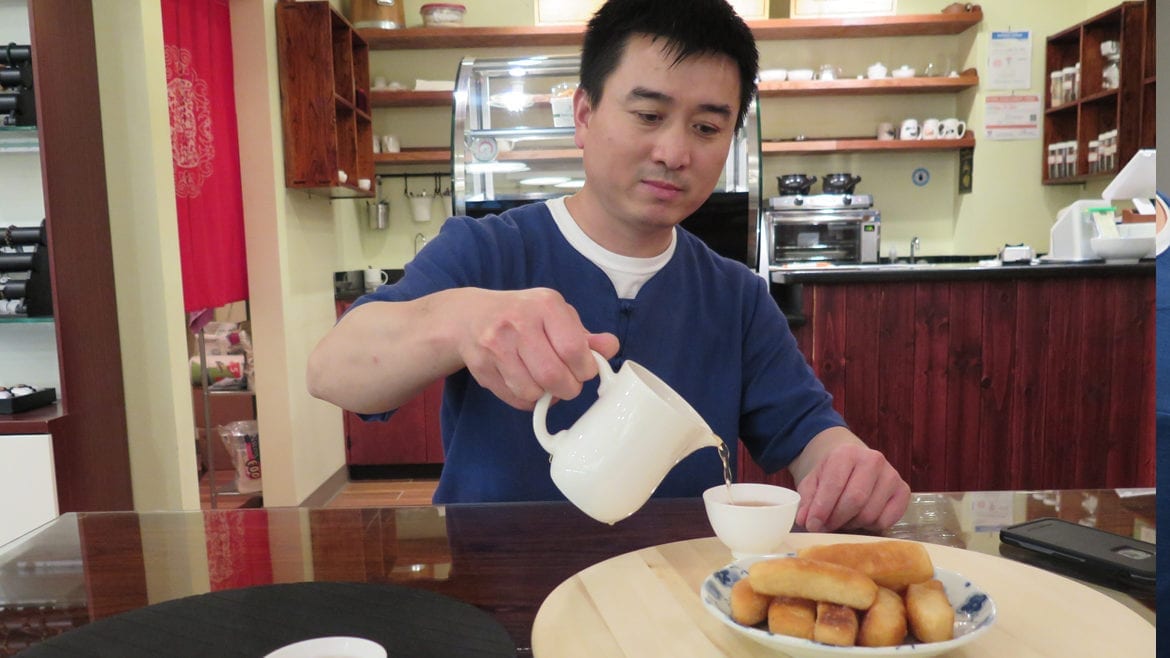 Shang Tea has turned over a new leaf.

The tea house and retail shop has sold and served fine loose-leaf tea from its serene first-floor shop in Crown Center (2450 Grand Boulevard) for nine years. Now known under its new identity as 1+1 Dim Sum Tea House, the shop has been serving four housemade dim sum dishes since mid-July. Owner Zehua Shang plans a grand opening celebration for the new menu on Friday.

The tea house still sells teas sourced direct from the Tai Mu Mountain, known as the White Tea Mountain, in Fujian province along China’s southeastern coast. The introduction of light food appeases requests from customers that wanted a bite to eat while savoring a pot of tea.

“Customers have requested to have food served with tea for several years,” Shang said. “I wanted to do simple healthy food with tea service.”

Dim sum is prepared in a production kitchen located near the tea house but hidden from public view. During one weekday afternoon, Shang and two assistants knead and roll amber-colored dough into a quarter-inch thick sheet. The dough is made from organic wheat flour.

Shang uses a gleaming stainless steel butcher’s knife and deftly trims the sheet into large rectangles before further slicing the dough into pieces the size of miniature breadsticks. The dough is baked and flash-fried to use a minimal amount of oil. Finally, the sweet bread is dusted with organic sugar and a blend of nine chai spices including cinnamon, cardamom, fennel, and star anise. 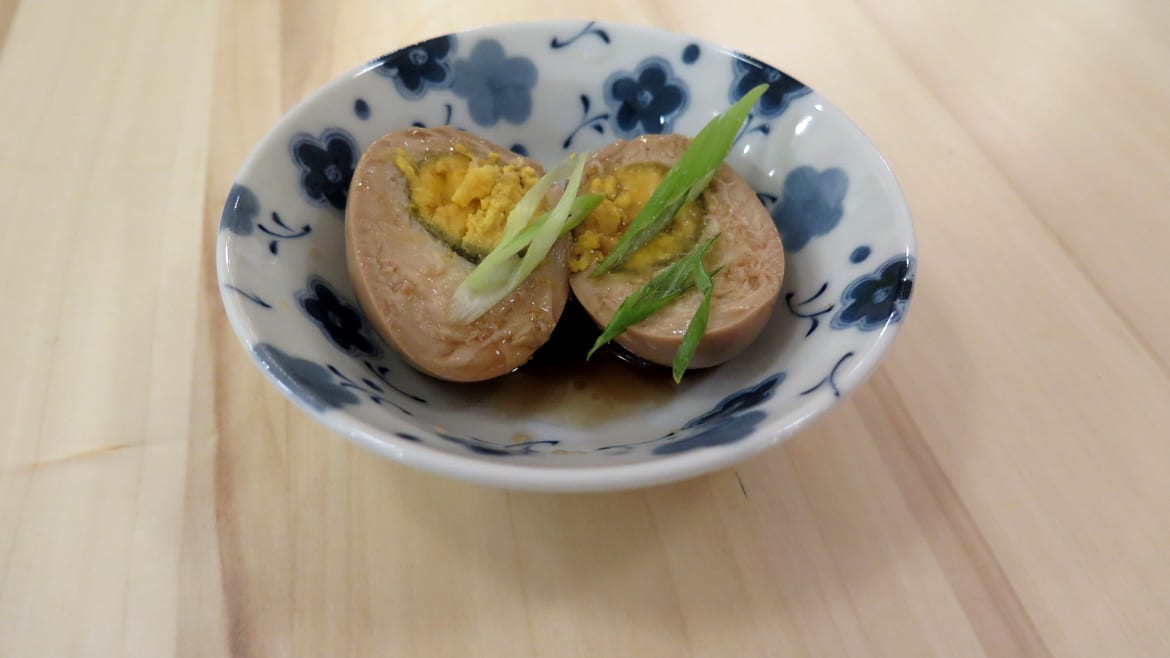 “Sweet bread is a popular Chinese snack that is traditionally glazed,” Shang said. “I sprinkle sugar and spices on this new version so it is healthy.”

The dainty pieces of fried dough have a texture that’s a cross between a doughnut and a madeleine with a subtle sweetness. It’s perfect for savoring with a cup of hot white tea.

Shang brings out a bowl with two tea eggs, another traditional food that involves intricate preparation. The eggs are boiled in Himalayan salt and water for ten minutes, drained, shelled, and rinsed with boiling water. Next, the eggs simmer for at least three hours in a seasoned broth of house-brewed soy sauce, tea seed oil, salt, organic sugar, ginger, and other spices. The hard-boiled eggs are served cool or room temperature with a touch of soy sauce and scallions. Light yet filling, the slightly salty eggs retain rich flavor absorbed from the broth.

Chicken dumplings are made by hand using chicken that is minced, seasoned, and encased in a thin wrapper. The dumplings are marinated with Himalayan sea salt, naturally brewed soy sauce, sugar, and nine organic spices for at least five hours before cooking them to order in tea seed oil.

“Tea seed oil is light. It improves flavor and texture,” Shang said. “It also adds nutrients and aids with digestion.”

The wrapper of the boiled dumplings, plump with chicken, is delicate and tender rather than chewy. Served with a light soy sauce, fresh scallions, and a side of house made sesame seed butter, the complex flavor of the dumplings offers nutty roasted notes, salt, and aromatic spice that rival any dumplings sold in town.

“The salad is made in traditional Shandong Province-style,” says Shang of his home province also known for its most famous resident, Confucius.

“One plus one represents simplicity,” he said. “I only have three to four menu items so I can focus on ingredients with superior quality.”

Shang’s dim sum and tea house formula adds up to a simple yet rewarding experience.

Weekend Possibilities | Day of the Dead, Free Film Fest, and Beers of the Kaw