Rock and Run Brewery Reopens in Liberty, Plans to Expand in Kearney 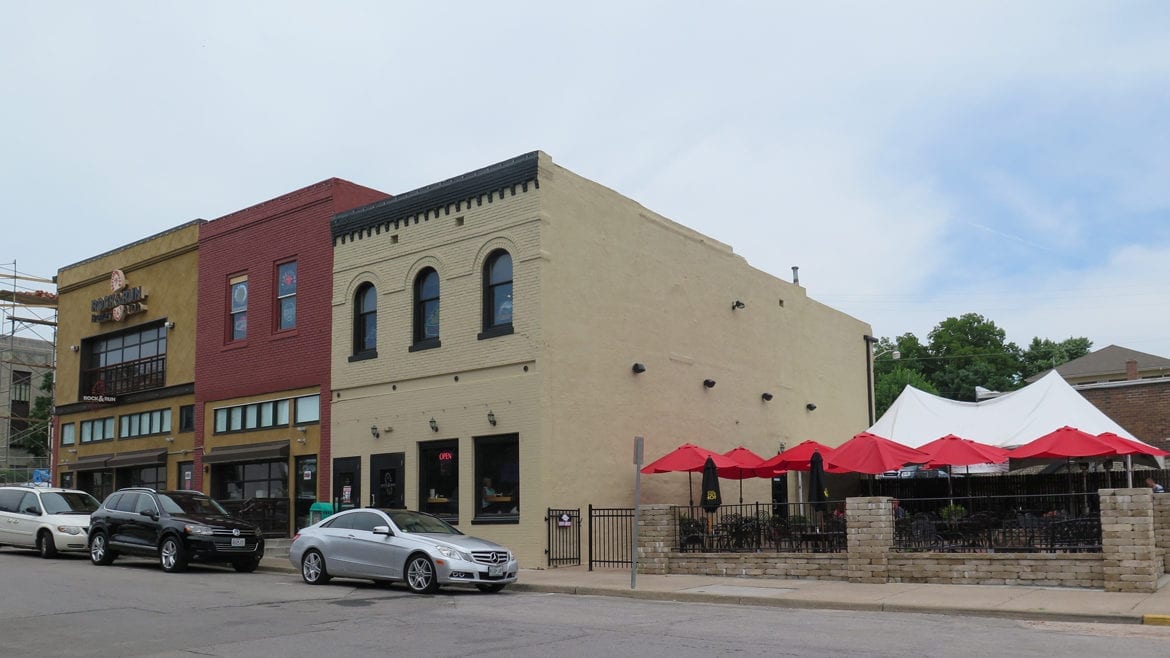 Rock and Run Brewery and Pub is now located in the former home of The Bell. (Photo: Pete Dulin I Flatland)
Share this story

History has a way of writing its own story. Rock and Run Brewery and Pub owners Gene DeClue and Dan Hatcher had initiated plans to expand into an adjacent space in the 130-year-old Bedinger Building near Liberty’s historic downtown square. But then that building collapsed into rubble on Tuesday, May 3, destroying the future expansion space and temporarily ceasing the brewery’s operations.

Established in 2013, the brewery and pub had gained a strong following as a locally-owned dining spot and watering hole. Head brewer DeClue and his assistants could only keep up with production in the original one-barrel brewhouse by brewing multiple batches per day. Expansion plans called for installing a larger brew system and equipment next door. The collapse required DeClue and Hatcher to switch gears.

The Bell restaurant and bar, located on the opposite side of Rock and Run, had been vacant since November 2015. DeClue and Hatcher were able to negotiate a deal to transfer their kitchen and bar operations into the former Bell space.

“The Bell exists no more,” says DeClue. “We signed a long-term lease for the property.”

While the new home of Rock and Run has a smaller interior footprint for dining and bar seating, the brewery and pub gained a patio with an 80-seat capacity and a prime corner spot for high visibility. Rock and Run is serving beer and food out of its new home. Building inspectors and insurance adjusters are reviewing the extent of the damage to the brewery’s original space, including the brewhouse, bar, and kitchen. Meanwhile, Rock and Run has resumed food service in the kitchen of former tenant The Bell. According to DeClue, the two restaurant kitchens will be connected soon. The good news is that the brewery had an ample supply of beer on hand before the collapse.

“I have just finished a big production run,” says DeClue. “I had about 30 barrels worth of beer in inventory.” 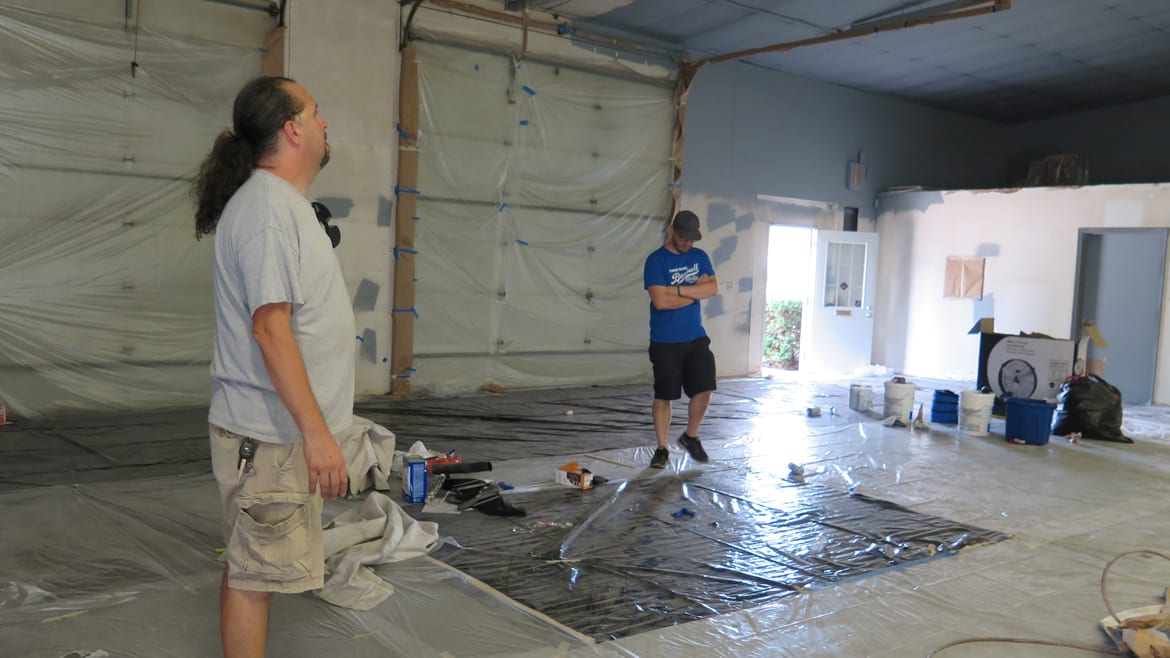 Recently, DeClue and Hatcher announced plans to build a production brewery in Kearney. The planned 15-barrel brewery will be located in a building that formerly housed J & K Automotive Service, at 115 W. Washington St. The nondescript gray building has been stripped of equipment, cleaned and painted in preparation for the brewhouse installation.

“Jenny contacted us about two weeks before the building collapse in Liberty,” says DeClue. He’s referring to Jenny Hayes, executive director of the Kearney Enrichment Council and the Firehouse Creative Center. Hayes alerted Rock and Run’s owners to the availability of the auto repair shop building. “Kearney has wanted us to build a brewery and pub there for the past three years.”

Timing is everything. While a brewpub was never in the cards, building a production brewery in Kearney to expand capacity suddenly made sense given the turn of events in Liberty. Rock and Run’s history shifted once again with this growth opportunity. The production brewery is located ten minutes down the highway from their new base of operations. The Kearney brewery will have ample space to include a quality assurance lab, taproom with 15 taps, a cold room for keg storage, a beer garden and eventually a canning line.

“Once we’re up and running with full distribution of kegs,” says DeClue, “then our next priority is a canning line.”

Meanwhile, DeClue will set up a pilot system in the Kearney space so he can begin brewing again until the larger brew system is ready to go. Later, he’ll upgrade the one-barrel pilot system to a three-barrel system for brewing test batches of experimental beers, seasonals and  limited release beers.

DeClue says, “He’s changing the dry finishing hops and yeast, probably something Belgian in nature. Before the beer can be released for distribution, it has to go through federal approval.”

On a Friday afternoon late last month, DeClue and assistant brewer Spencer Schaub walk to the edge of the Kearney property. DeClue points out where the future beer garden will be developed next to the building. A nearby drainage ditch runs the length of the property’s edge, crossing a main road in one direction and leading toward Lions Park in the other direction. The ditch was once more of a waterway informally known as Beer Creek. According to one of many versions of town lore, Beer Creek may have earned its name after members of the local Women’s Christian Temperance Union razed a liquor store during Prohibition and dumped the liquor into the creek.

Whatever the actual truth may be, DeClue indicates that the city of Kearney has discussed plans to redevelop the ditch into a closed-circuit stream with a walking path that will pass by Rock and Run’s forthcoming brewery. Unlike Prohibition, it’s unlikely that any beer will be disposed of in the creek.

Rock & Run will supply beer for Kearney’s Beer Creek Block Party to be held on 5 p.m., Saturday, July 9, on Washington Street. The street will be blocked near the location for a night of games, live music, food and drinks.