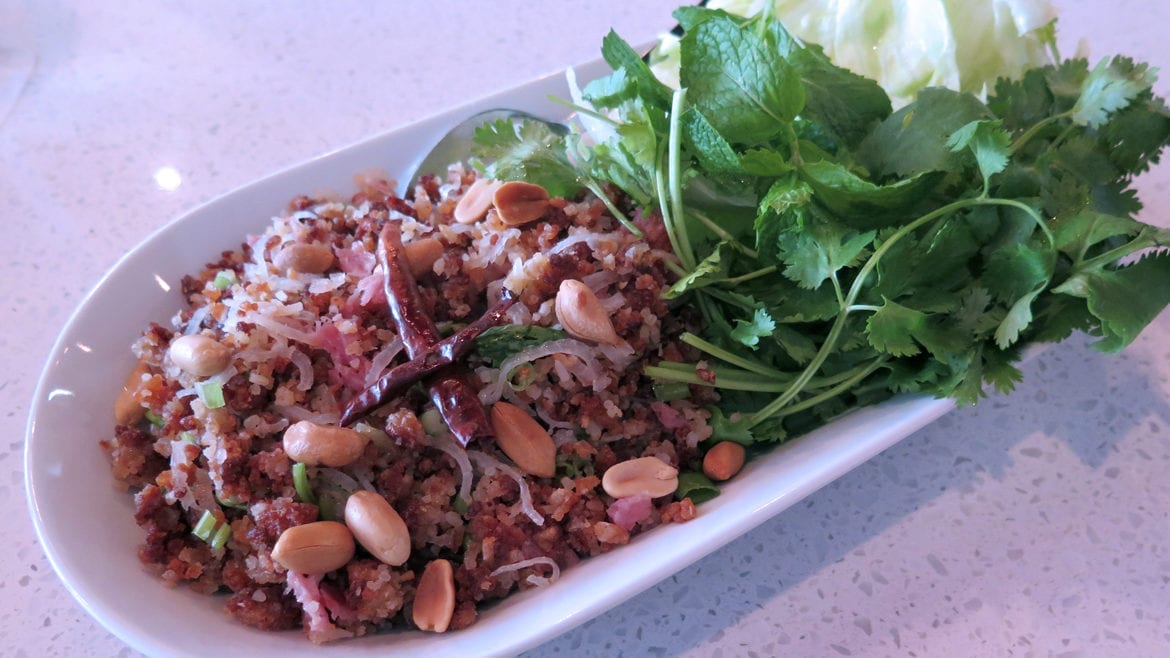 Yet, Koko Thai’s two versions of pad kee mao prompt a question about what authenticity really means. That’s a good thing. Listed as Drunken Spaghetti on the menu, the dish actually uses spaghetti noodles in a garlic-basil sauce with Chinese broccoli, bell pepper, onion, and basil.

“I love eating pasta,” said Srivisay, who applies French culinary technique to his knowledge of traditional dishes he learned from his mother (she’s Laotian and his father is Thai) and his travels. “I decided to experiment with spaghetti noodles. It was a hit with the staff and customers.” Srivisay also serves pad kee mao with fresh housemade rice noodles upon request.

As Koko Thai’s pad kee mao illustrates, authentic ethnic food is relative rather than absolute. Leela Punyaratabandhu, the blogger and cookbook author behind Thai food blog She Simmers, explored the topic of authenticity in her native cuisine.

In sum, differences exist between royal Thai cuisine enjoyed by aristocracy and dishes prepared elsewhere in the country. By extension, that includes Thai cuisine prepared (for better or worse) in other nations. Thai dishes vary based on ingredients sourced from a river, coastal beach, central farmland, or mountain hillside.

Sourcing locally means something different in Kansas City. “We’re fortunate to have a vendor that supplies much of the produce we want,” said Srivisay. “I also use fresh herbs grown in a garden.”

Ancient Thai recipes recorded in writing may be considered canon, but those recipes have evolved with the availability of new ingredients, improvements in agriculture, use of tools and techniques, and varying tastes among families and cooks. Further, Thai cuisine has deftly incorporated ingredients and techniques from neighboring countries including Laos, India, and China.

Lao-style green papaya salad, found in Chiang Mai and in Thailand’s surrounding mountainous northern region near Laos, has a more prominent fish flavor from the use of anchovy or blue crab compared to the sweeter style found in Bangkok. Koko Thai serves both versions.

“We cook the anchovy to soften the flavor in the Laotian version,” explained Srivisay. 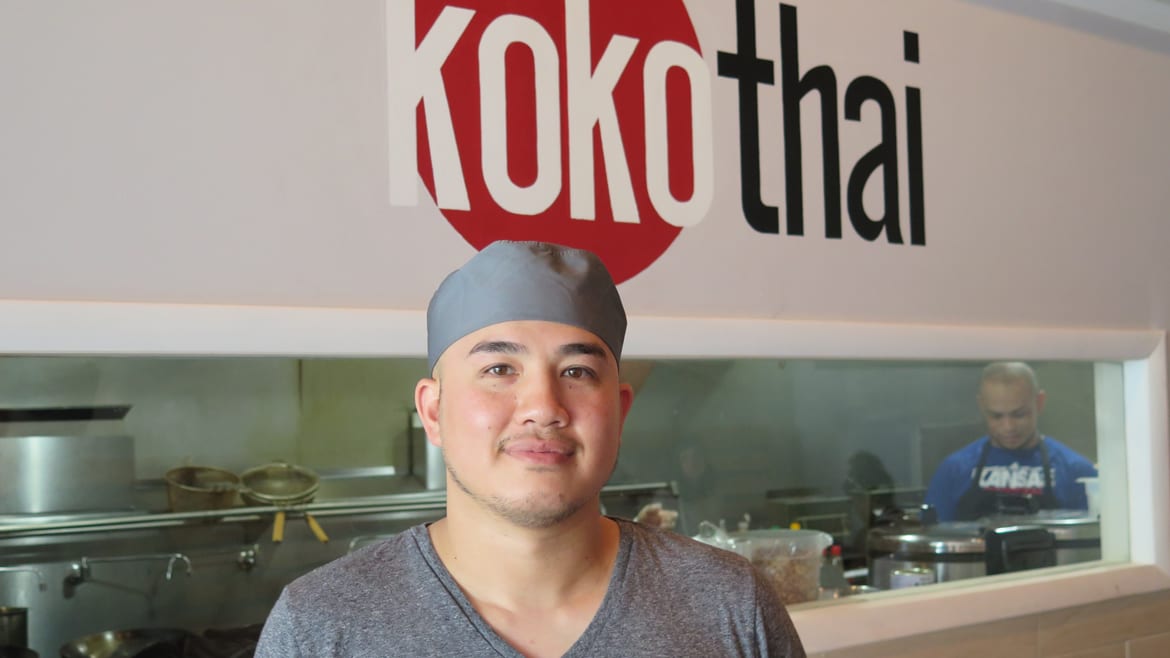 Diners in search of authentic Thai cuisine may now choose beyond an array of greatest hits, such as pad thai, thom yum, and massaman curry. At Koko Thai, try nam kao, a crispy rice salad that incorporates thin glass noodles, cured pork, and herbs served with lettuce to be eaten as a wrap. Thom yum is a chicken soup often served with a clear savory broth made using lemongrass, galangal, and kaffir lime leaves. Koko Thai’s Laotian version uses tamarind and tomato, infusing the broth with a slight sweetness and tanginess that might not be familiar to fans of the soup.

Chinese broccoli served with crisp pork belly in a light soy sauce with rice is a delicious way to eat greens. Crispy garlic chicken is a best-selling dish. Don’t overlook the Weeping Tiger made with tenderloin steak and served with sticky rice and papaya salad. For dessert, mango sticky rice is a solid bet if there’s room. For a cool and authentic treat, nam wan combines coconut jelly, jackfruit, palm seeds, and green tapioca in coconut cream over ice.

Srivisay, whose nickname Coco is the inspiration for the restaurant’s name, had previously attempted to open a Thai-centric eatery, SE Asian Bistro, in the same location.

“We had problems with the contractor, who didn’t build the hood properly,” said Srivisay, who had to walk away from the business after running out of funds.

A short-lived replacement called Mi Asia attempted a pan-Asian menu with Korean short ribs, noodles, and other dishes. After it closed, the owner of the space invested money to fix the kitchen hood and contacted Srivisay about opening another restaurant.

Whether it can be called a blessing in disguise or a second chance, Srivisay is prepared to make the most of the opportunity to finally prepare his Thai food for guests.