A KC incubator for food and flavor 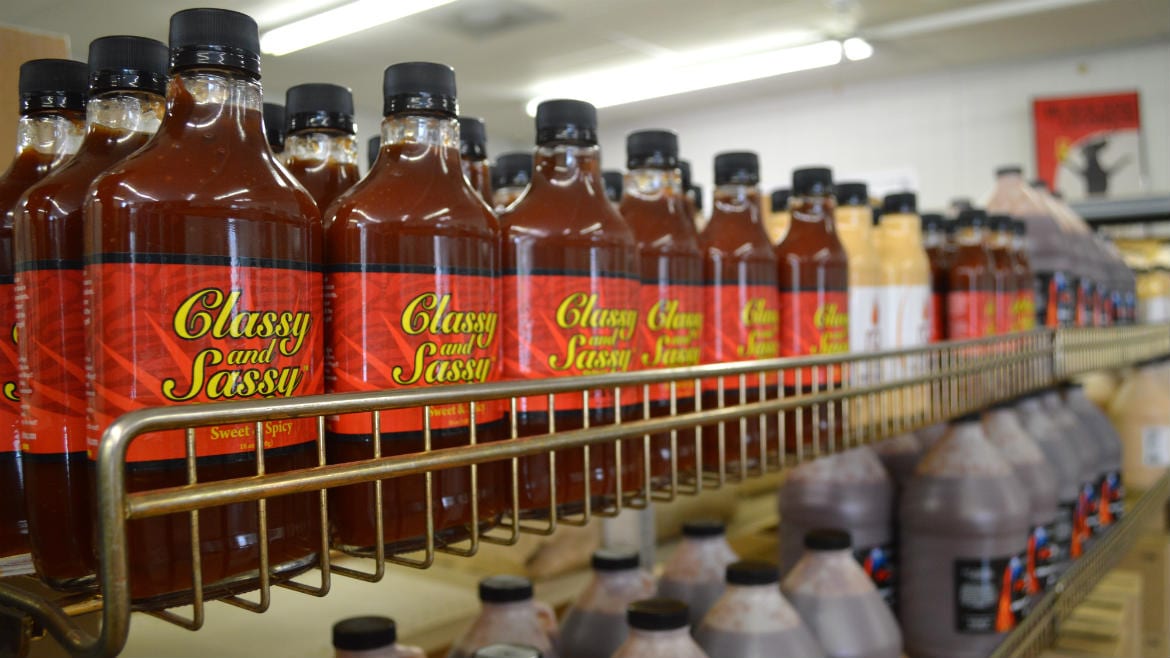 A shelf of barbecue sauces in the retail section of Flavor Trade, an incubator for KC food entrepreneurs. (Photo: Jonathan Bender)
Share this story

“Come into my office,” Shannon Kimball says as the rain falls lightly on Troost. It’s only a single step up into the cab of his truck, where Kimball, 46, has been taking calls for the past several hours. He’s in the midst of outfitting a second kitchen at Flavor Trade – the food incubator and retail space that he never expected to build at 3000 Troost.

“I wanted an itty bitty little space, something small for artisan food. But then I walked in here and knew it was the right place right away,” Kimball says. “Then, I thought, ‘How can I fill it up?’”

Kimball is the man behind the five-year-old brand Firebug – a barbecue sauce, rub, and marinade company. It was a nice hobby that became a nice side business at farmers markets until his Grill’n Sauce- Hot was named the “best barbecue sauce on the planet,” at the 2013 American Royal World Series of Barbecue. 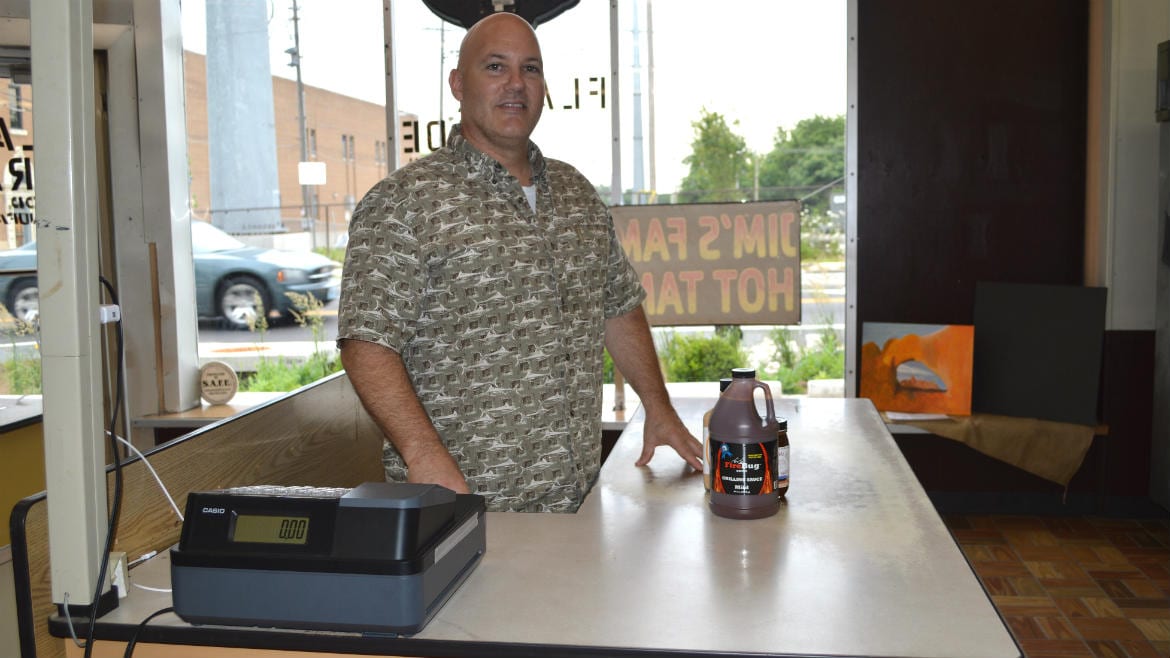 “That changed my life. I remember looking at the e-mails and just smiling. They were from all over,” Kimball says.

After two decades in the tile and flooring business, Kimball made the decision to pursue Firebug full-time. But when he found the 6,000 square foot building on Troost, he knew that it was likely too large for just one business.

Initially, Kimball thought he’d use the front room – the former Save-a-Lot and Wonder Bread outlet – as a showroom for corporate and wholesale clients. Then his neighbors started coming by and asking if he would consider selling bread or milk. He listened. And he saw there was an opportunity at 3000 Troost for a multi-use facility.

“When I tell people I’m in manufacturing, they say, ‘All manufacturing went of business,’” Kimball says. “But I believe I’m in the right place at the right time. This is about bringing life to the neighborhood.”

He began to acquire pieces for a production kitchen – ovens and steam kettles and bottle fillers and stainless steel tables – at auction, enough to build out a space to accommodate bakers and canners and sauce makers.

“I became known as the king of barter,” Kimball says and laughs.

In September 2014, the commissary kitchen opened along with the co-packing facilities. Companies could either purchase monthly memberships or opt for a pay as-you-go plan. KC Canning Co., which makes jams and shrubs, and bakery Small Batch KC were the first clients. Whimsy Cheesecakes and Bee Sweet, a local ice cream company, joined earlier this year.

In March, Kimball purchased Jim’s Tamales, along with an extrusion machine that allows his staff – Kimball has eight employees in total – to produce everything from tamales for retail accounts to protein balls for t.Loft, which is slated to open its third area location on the Plaza this summer.

It’s warm on this Thursday morning in June and the smell of barbecue rub wafts into the front room of Flavor Trade. There are still grocery carts lined up next to the two check-out counters. The space feels somewhere between preserved and waiting for rebirth.

Whimsy cheesecakes are in a large stainless steel fridge at the front – the flavors marked on a white board magnetically attached to the front – along with Jim’s Tamales, barbecue rubs and spices on wire shelving. Cases of Boylan’s Diet Cherry soda sit beneath a rack filled with cookbooks from local authors. But Kimball is eager to add staples like milk and stock cutting boards from a local maker.

“My intention is to have 100 percent locally-made products,” Kimball says. “I sleep well at night knowing that I’m helping to create jobs.”

Kimball stops to chat with an electrical contractor before walking into the kitchen adjacent to the retail space. The pantry is on shelves to the right, each incubator member has a dedicated shelf, across from a phalanx of stainless-steel prep tables. It’s here that Flavor Trade manufactures and packs Me-Me Ke’s BBQ Sauce and Uncle Phil’s Jalapeno Relish.

“I never imagined there would be that many people in the food business here,” Kimball says.

He estimates that he’s got a list of 20 food entrepreneurs waiting for him to have more space available. And he’s hoping to provide them with a warmer reception than the one he found at the start of Firebug.

“When I decided I wanted to get street legal, all I knew was to call my competition,” Kimball says. “They just giggled, and laughed, and said, ‘Good luck. We don’t need another sauce guy,’ before they hung up.”

Based on his own experiences in the food industry, Kimball knows the value of having a mentor in the early stages.

“I’m not a professor, but I know that I can help people figure out what not to do,” he says.

Kimball keeps walking and ends up in the back room that is both the future of this location, but also leads him to believe he’ll outgrow Flavor Trade’s current home much faster than he expected. He’s already investigating more warehouse, prep and cooler space, knowing that he wants to keep the incubator on Troost.

The second kitchen for Flavor Trade will be dedicated to producing frozen foods. Kimball is working to launch Mila’s, which will feature four flavors of tamales and burritos (zesty beef, cheese and green chile, black beans and green chile and three bean and jackfruit), as well as quesadillas. It’s a line he intends to take national with help from sales staff in Chicago and St. Louis. 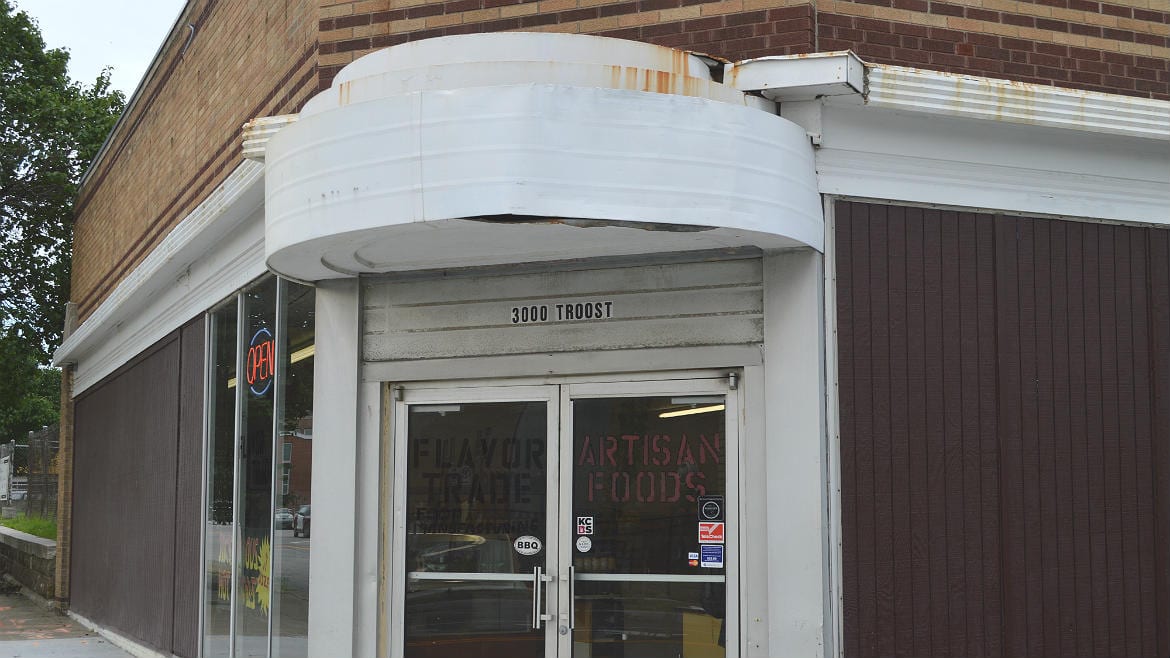 “We’re on the map. The Midwest is defined and New York is talking about us now,” Kimball says. “Obviously we’re doing something right, so I want to share that momentum.”