Hot Chicken Turns Up The Heat on Fried Chicken in KC 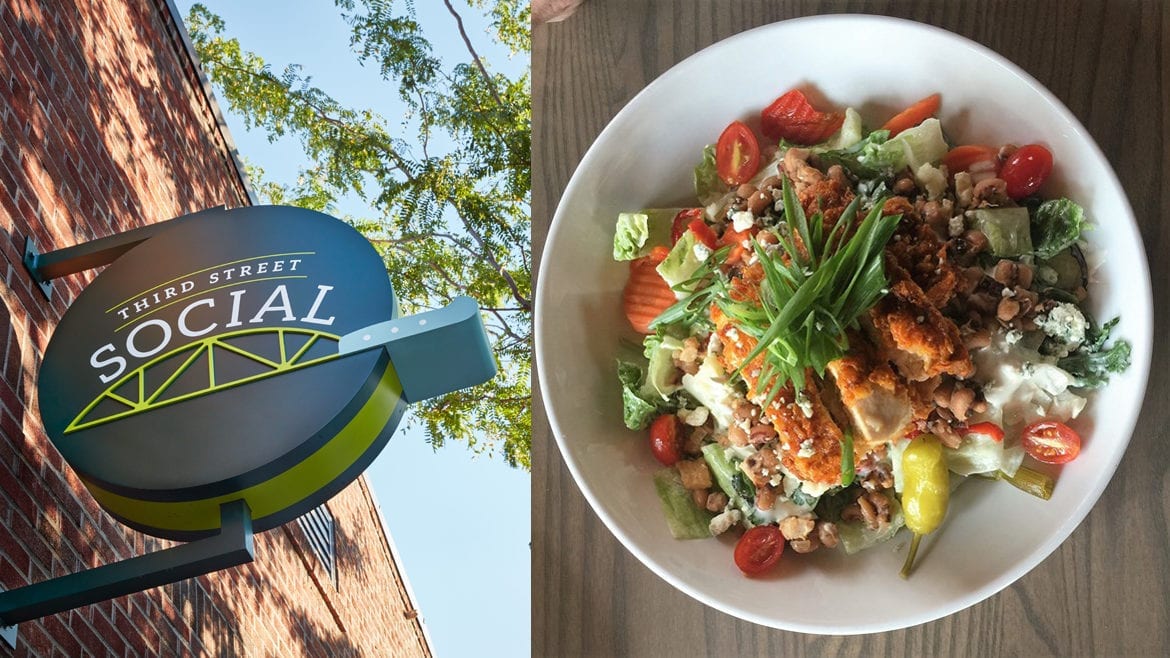 Local lore in Nashville, Tennessee, points to the family of Andre Prince, owner of Prince’s Hot Chicken Shack, as the origin of the dish. In the classic preparation, a chicken breast is coated in seasoned flour, fried, and basted with a cayenne-pepper loaded sauce. The dish is served over slices of white bread with dill pickles and a side of sauce.

“We added the Nashville Hot because we already had a house-fried chicken on the menu,” said Wang. “We thought that it would be a nice addition to introduce hot chicken to Kansas City, where it is already ‘hot’ in bigger cities outside of Nashville.”

To make its chicken spicy, Third Street Social begins with a pork fat base for its baste.

“We have a pork belly appetizer that we cure in-house and slow roast,” said Wang. “I saw all of that delicious pork fat rendered off of the belly and thought, ‘Why not give hot chicken a shot?’ I made it one day with the fat, cayenne, paprika, and other spices. Wow! It was tasty.”

Over in the West Bottoms, Lucky Boys co-owner Justin Norcross developed what is perhaps the first local variation of hot chicken. His Louisville Hot Chicken sandwich is served on a Farm to Market egg bun with coleslaw and a side of fries.

“I call it Louisville Hot Chicken, knowing full well that it is based on Nashville Hot Chicken,” said Norcross. “We marinate the chicken for a day in spices and hot sauce, and brine it with buttermilk, more spices, pickle juice, and sauce. Then we double bread and fry the chicken.”

Yard House (1300 Main, Power & Light District), a draught beer and pub chain, also serves Nashville Hot Chicken. It comes with fried sage, sweet potato pancakes, pickles, ranch dressing, and honey hot sauce. And you can find a Southern cousin to hot chicken at Gus’s Fried Chicken — a restaurant chain that began in Mason, Tennessee, and opened a location in Kansas City, Kansas (2816 W 47th Ave.) this February. It serves a variant of hot and spicy chicken, plus southern-style dishes. The chicken is spiced with cayenne for subtle kick and then the pieces of chicken are fried until the crust is bourbon-colored.

— Pete Dulin writes about food trends for Flatland and is the author of the “KC Ale Trail.” Follow @FlatlandKC on Twitter  for more food news and trends.

Party for America & Other Weekend Possibilities